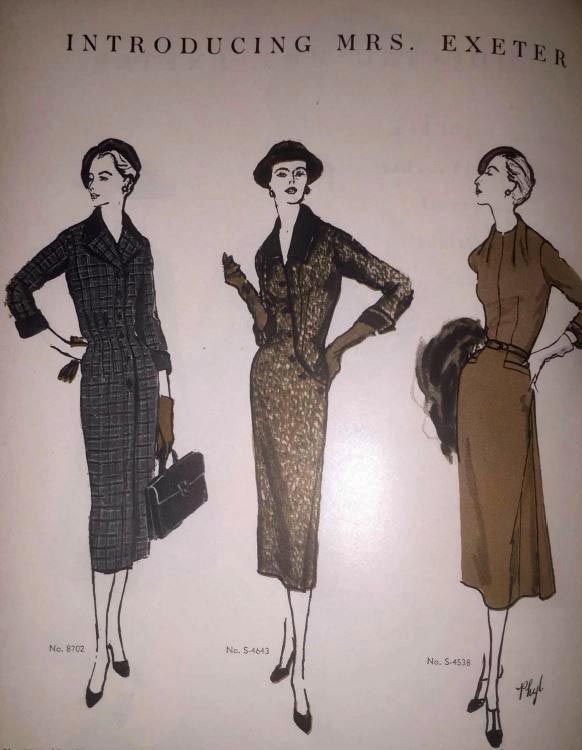 Since I am interested in all things Mrs. Exeter, I recently contacted Vogue Patterns for permission to track her down in their collection of pattern magazines and catalogs.  Editor Gillian Conahan was nothing but gracious, and I got to spend a day in their archives looking for evidence of this imaginary fashion icon.  Mrs. Exeter first came to life on the pages of Vogue fashion magazine in 1948, but it was not until autumn 1955 that she made her debut in Vogue Pattern Book. According to the opening paragraph, “Her age might be a well-kept secret, her experienced way of knowing the ‘right’ neither-too-young, nor too old fashions for herself is well-known,” (29).

In over a dozen appearances in the magazine from 1955 to 1962, Mrs. Exeter emerged as a prosperous woman on the go. (Newsflash—the “active senior” is not a twenty-first century invention.) She was a grandmother, a club woman, a golfer, a gardener, and a lady who went to teas.  In 1956 she was even introduced as a woman with a nine-to-five career.  Her clothes came in sizes 12 to 44, with a very rare 46 every once in awhile. Although some of the patterns specified their suitability for the “larger, mature figure,” most do not. 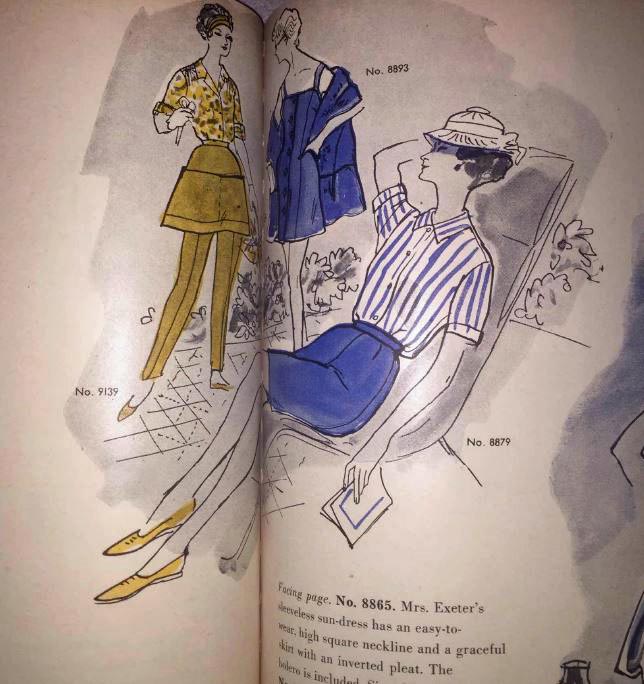 Most of Mrs. Exeter’s patterns were dresses with sleeves and interesting collars. Although she favored solid colors, she did not shy away from a fuchsia coat.  I was pleased to learn that in 1957 “slim Mrs. Exeter gardens in denim trousers, shirt, and an apron or a crisp shirt and Bermuda shorts.”  (Unfortunately, there are no tips on what she should wear if she wasn’t slim.) Hers were restrained versions of current styles, without big poofs or  plunging necklines. 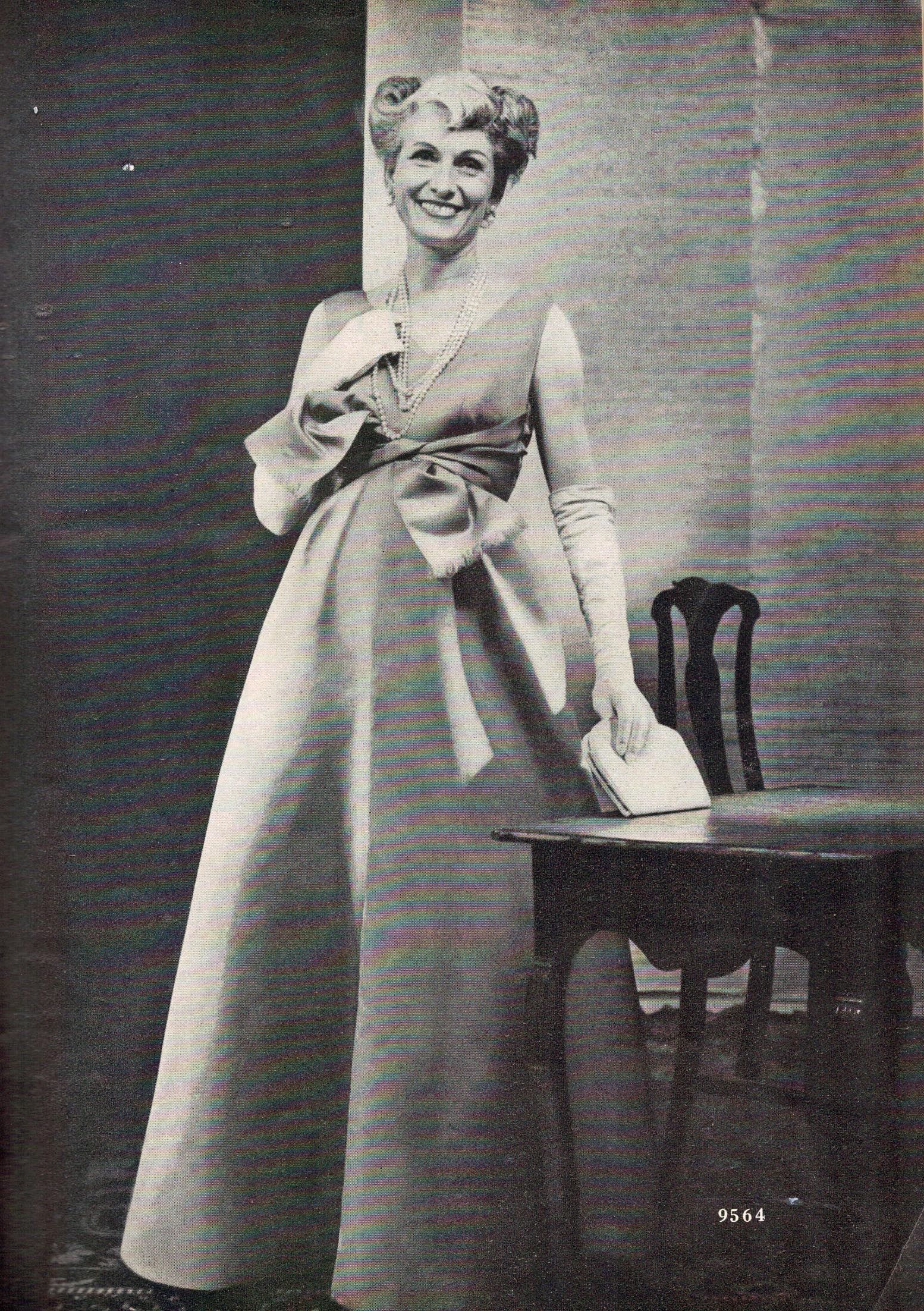 Mrs. Exeter had her heyday in the October/November 1958 issue, which featured ten pages of “clothes the mature woman likes.” It featured slender city dresses, neatly stated suits, shirtwaist dresses with moderate flare, gentle necklines, and full length gowns.  Although most of the clothes are presented in fashion drawings, two were modeled by Mary Welchell, a tall and slender woman in her forties.

Our heroine’s last star turn in Vogue Pattern Book was in 1961, where she was featured in offering her take on “Town and Country Looks.”  After that, she was shuffled off into special back page pattern supplement, where her clothes were combined with half size offerings. She was gone altogether by the summer of 1962.

Perhaps we should not be surprised that Mrs. Exeter, a woman of restraint, faded away in the exuberant sixties.  But I was amazed to learn that she lived on in the fabric store catalogs until 1967.  Stay tuned for that story.

1 Response to Mrs. Exeter in Sews with Vogue Patterns