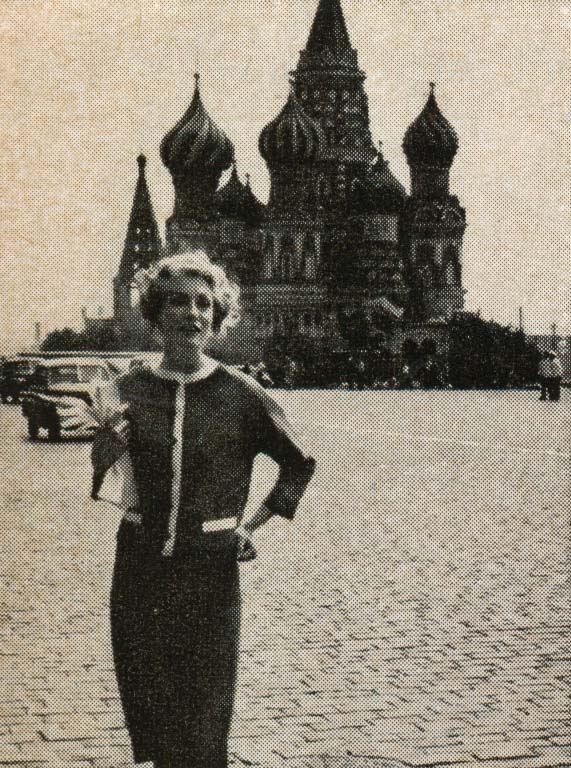 Will I ever tire of writing about Mrs. Exeter, Vogue’s older woman of style in the post World War Two era?  Not if I can figure out something new to say. This style adviser to women of a certain age came to my attention again in the December/January 1959-1960 issue of Vogue Pattern Book that I found at a flea market. It featured a long article by the model Mary Whelchel, who traveled to Moscow with the American National Exhibition in 1959. I immediately recognized her as someone who had represented Mrs. Exeter in Vogue Patterns many times before.

It wasn’t hard to find Mary Whelchel’s story online and to discover this depressing fact: Born in 1915, she was not even fifty when hired to play the role of the older woman.  A major qualification for the job seemed to be her gray hair. “Although I speak very little Russian,” she writes, “people would stop me on the street to talk in sign language. One of their frequent questions: why didn’t I dye my graying hair?” I wonder how she could have signed back, “Because I would be out of work if I did.” This is another indication that Mrs. Exeter gave into the pressure to be ever younger as she aged. 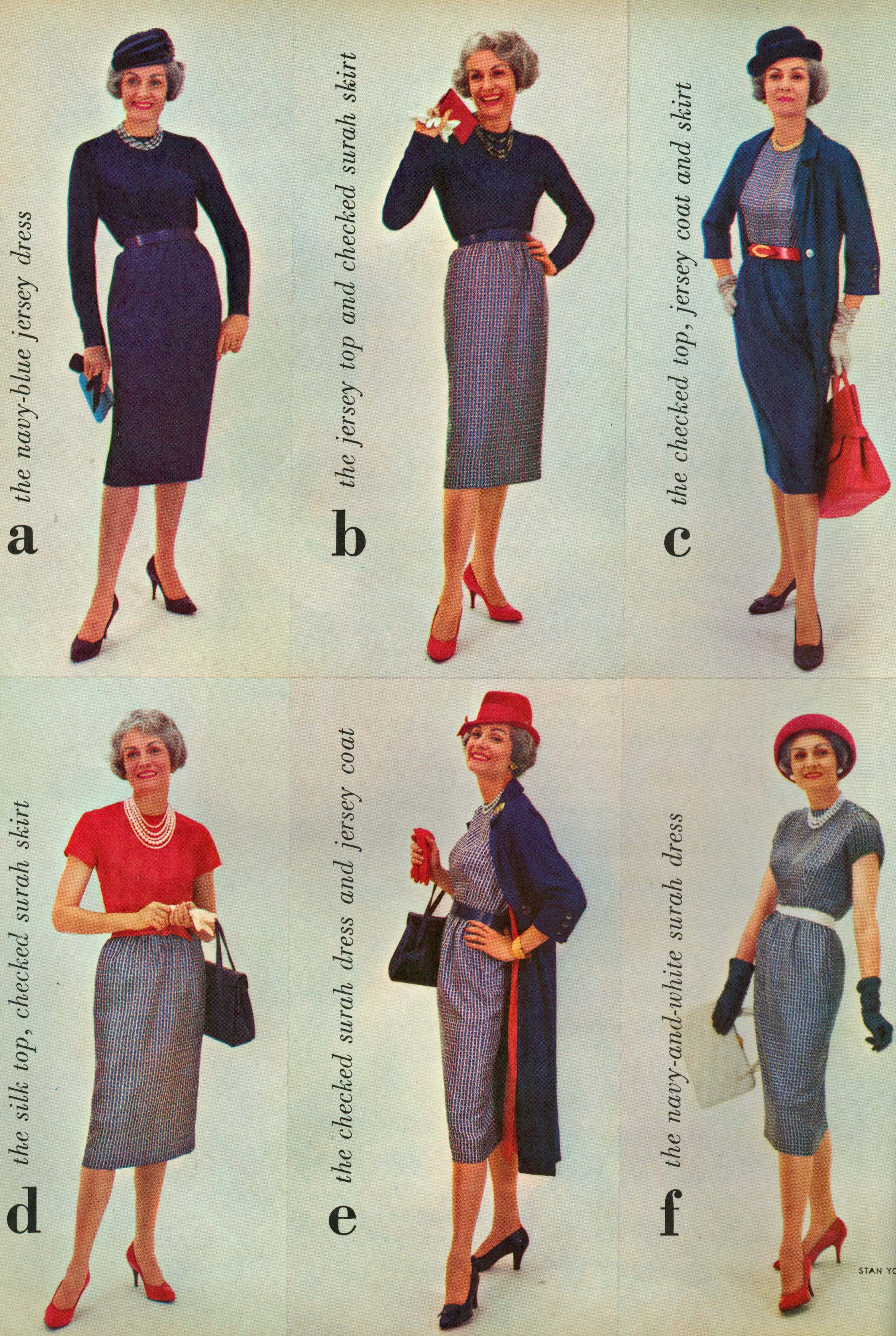 On the plus side, it was refreshing to learn that Whelchel not only modeled for Vogue Patterns but was an expert seamstress herself. She sewed all the clothes she took on her Moscow trip, including an ingenious mix and match outfit made up of “a basic wool jersey dress with separating zippers at the waist, to pair with the skirt half of the same dress made of check surah, and a wool jersey coat, made with two zip-in linings. The bodice of the basic dress makes an extra blouse.”  I consider myself a pretty good seamstress, but I’m sure that I could not replicate this feat.

And why did I emphasize that Mary Whelchel was an American model for Mrs. Exeter?  Because British Vogue had its own version of this post war phenomenon and one of these days I’m going to track her down.

Ann Person of Stretch & Sew
The Cheerful Granny Takes Flight, 1953
Portrait of a Woman with Butterfly
This entry was posted in 1950s, 1960s and tagged Mrs. Exeter, sewing, Tennessee. Bookmark the permalink.