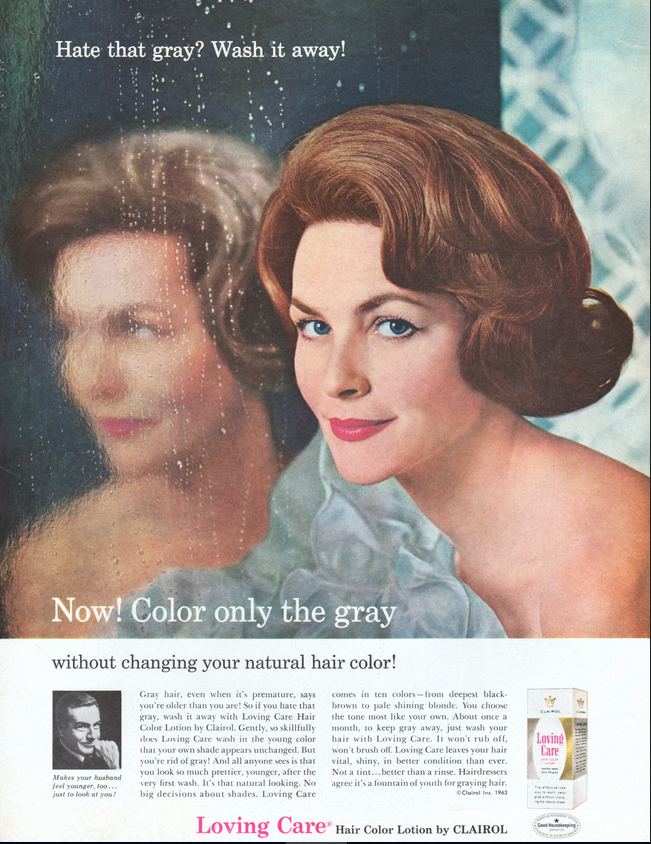 In her entertaining memoir, Does She…Or Doesn’t She–and How She Did, advertising executive Shirley Polykoff takes credit for the explosion of the hair dye industry with her clever ads for Clairol in the 1950s. Before that time, she writes, “hair dye had about the same acceptance as lipstick and cigarettes before the First World War.”  She not only came up with catchy slogans, she took ads beyond women’s magazines and into the mainstream media, eventually even to television.

Polykoff used different tactics to convince older women to cover up their gray hair.  First of all, she sold the product Loving Care as a wash that only attacked the gray, which seemed less radical than a dye.  Second, she included references to marriage in the ads as an incentive (or perhaps a warning).  “Makes your husband feel younger too… just to look at you!”

These days, many older women are proudly going gray.  (I am not one of them).  But the very fact that there is now a counter movement shows how successful firms like Clairol were in convincing older women to dye their hair.