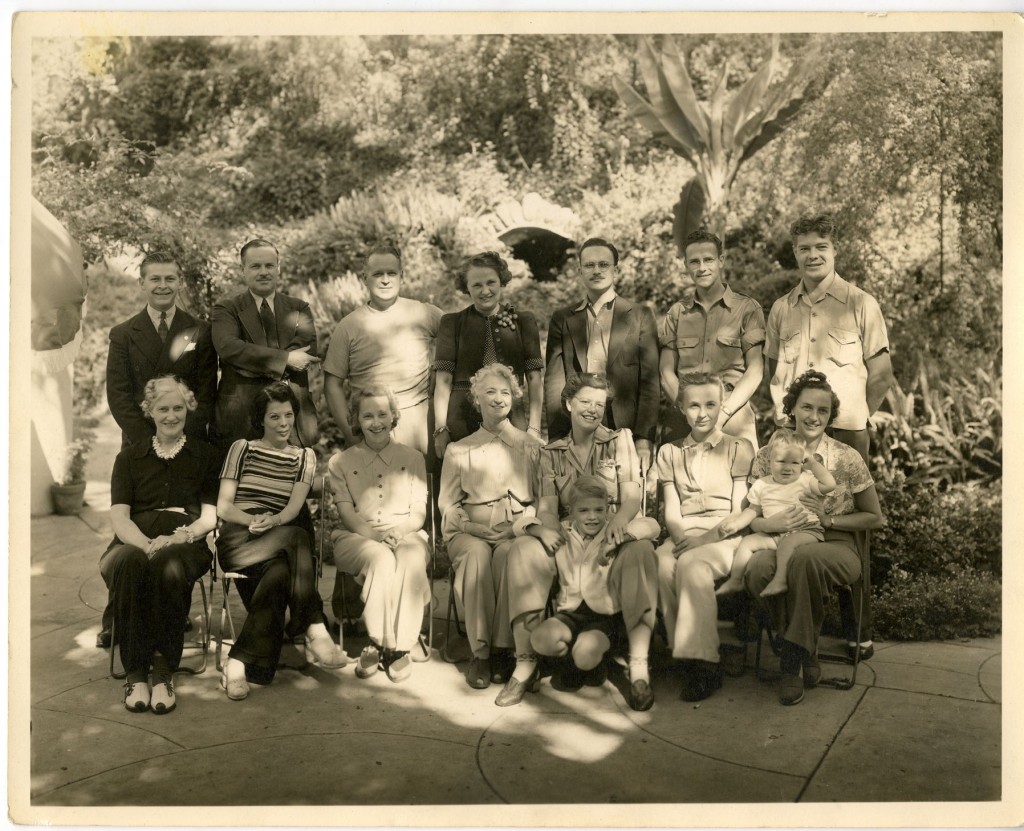 One of the first challenges I set myself when starting this blog just over four years ago was to find out when older American women started wearing pants. Now I know that it wasn’t really a precise enough question. I needed to add Where? Why? And How Many?  Certainly a few older women already donned pants in the nineteenth century for politics, work, and sports. And I am sure that the big push towards pants during World War One also affected older women, although the visual record I’ve found shows only the young taking this step.

In photo archive I’ve collected older women started wearing pants in greater numbers in the World War Two era. The war lasted a long time and women of all ages entered jobs that required pants. Photos taken by the government’s Office of War Information document this extensively. In addition, pants had gained a lot of ground as leisure time apparel, as seen in the wonderful California birthday party photo above found by my friend Sally. So I have images of women at work and at play in pants. But did older women wear pants to the store and out on the street? I don’t have any evidence for that.

Pictures of women in pants proliferate during the 1950s, but still largely in leisure time settings. Maybe in 1959 Vida was headed out to the store, but my thrift store photo didn’t come with a story behind it. 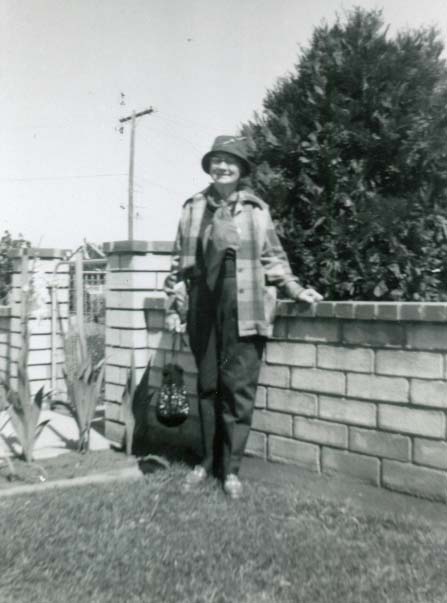 So when did older women take to pants as their go-to clothing choice for events beyond work and play? I start seeing them around the mid 1970s, that confusing decade when skirts lengths changed often and women of all ages made the switch to pants. 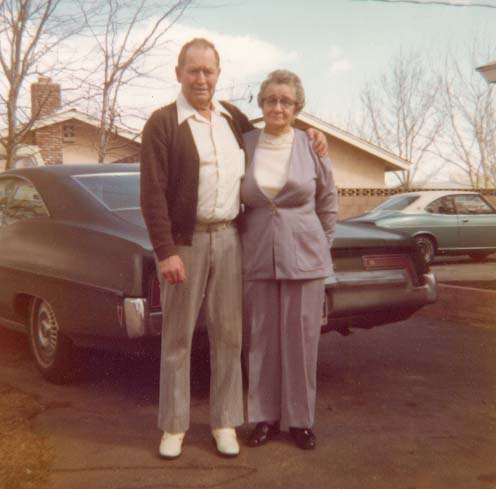 In the seventies, French-American designer Pauline Trigère (herself then in her sixties) advocated the pantsuit as the very first thing a fashionable woman should buy. Even Vogue Pattern Magazine was showing pictures of older women in pants, offering patterns so that women could make their own

So here’s what I know so far.  In the US older women started wearing pants in greater numbers in the World War Two era, but the trend didn’t hit the streets until the 1970s. But there is so much more to learn. Can you help me with pictures and stories about the older women in your life?

Miss Allen in 1955
Woman in a Fur Coat, 1977
Book Review: Dress Codes by Richard Thompson Ford
This entry was posted in 1940s, 1970s, General and tagged pants. Bookmark the permalink.