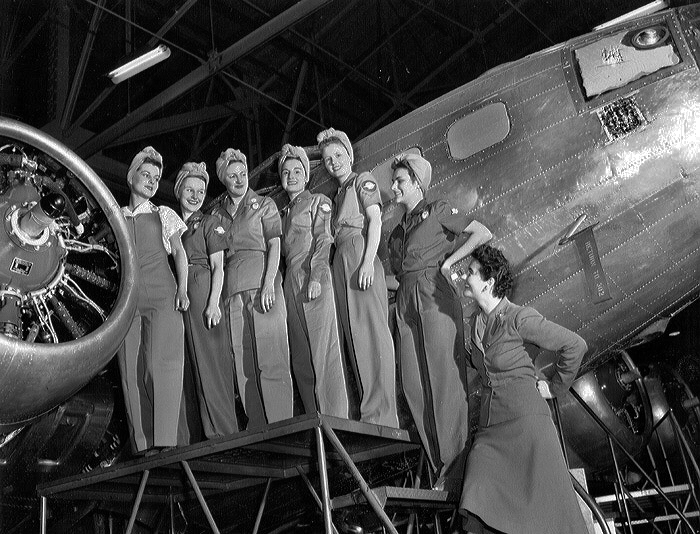 My brother is engaged in a long research project on our father’s career as a navigator during the Second World War.  As a lucky spin off for me, he has been sending photos of women workers he comes across, including this line up of aircraft workers at Boeing.

Many of these government war photos were posed, and this one obviously so.  The women are lined up and all wearing the same head scarves tied at the top of their heads.  I suspect this was the photographer’s idea, since I have seen war workers wearing all kinds of headcoverings, and sometimes no headcoverings at all.

While pants predominate, there are many different kinds of outfits on display here.  The woman on the left wears overalls, some look like they are in one piece jumpsuits, others appear to be in separates. There are a range of ages and body types as well.

The woman on the far right, who might be on the older side, isn’t wearing pants at all.  It makes her look like the boss lady.