Balenciaga and the Older Woman 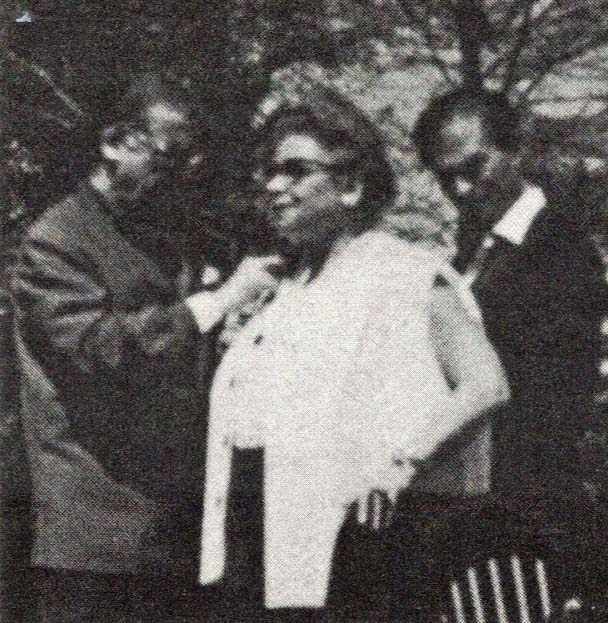 From The Master of Us All by Mary Blume

There are very few couturiers I have heard of who enjoy designing for the older woman.  Famous Spanish designer Cristobal Balenciaga was one of them. In the recent biography The Master of Us All by Mary Blume (2013), the author makes this point repeatedly.  “The women he really liked to dress…were oddly enough small, plump, and middle-aged…They were part of his experiment in sculpting form.” (150) The not very clear photo above from the book shows him and an assistant fitting Madame Zumsteg, the wife of his Swiss textile manufacturer.

Blume cites an incident where Balenciaga was demonstrating his fitting methods to Givenchy. “There were all those dummies of Spanish women who like anyone at a certain moment in life, Spanish or not, had bent backs and sagging bosoms…And we could see the woman starting to straighten up. It was wonderful so see little by little, and just with pins, the body rebalance itself.”(139)

When styles turned to favor the youthful body in the sixties, Balenciaga did not abandon his fascination with the older female form.  As the fashion critic Kennedy Fraser wrote about a Balenciaga retrospective in 1975: “It is not that Balenciaga clothes could never be worn by young women, but, rather, that they could be worn with great distinction by those who were no longer young.” (174)

This entry was posted in General and tagged designers, sizes. Bookmark the permalink.