Older Rosies and the Push Toward Pants 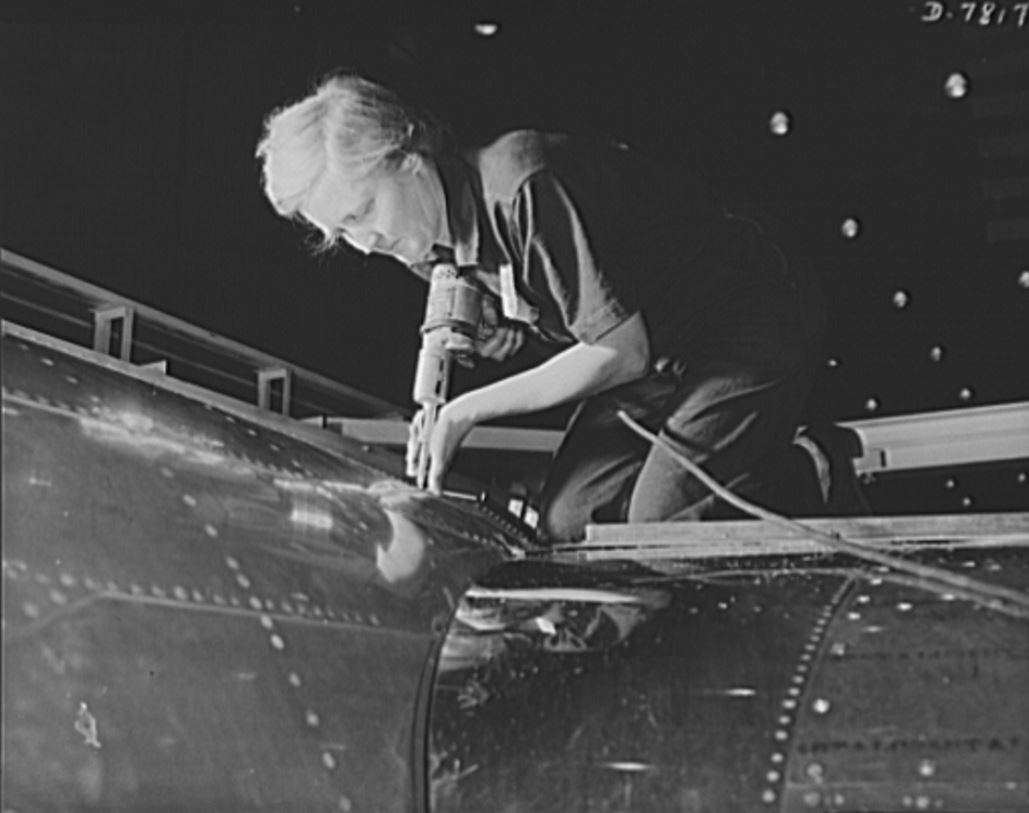 Although it is hard to tell from this photo, the caption by Office of War Information photographer Alfred T. Palmer makes clear that this particular Rosie the Riveter is an older woman.  “A woman worker, over 60 years old, does an expert riveting job on a B-17F bomber in the Long Beach, California, plant of Douglas Aircraft Company.”  She joins my collection of older Rosies, (see here and here) who defy the common view depicting women war workers as young.

Fashion historians often state that the Second World War encouraged younger women to start wearing pants in public. Many war workers were required to wear pants for their jobs, and some found the new outfits so comfortable that they adopted the style outside the factory.

And what about the older Rosies? Did some of them also decide to expand their regular wardrobe to include pants?

This entry was posted in 1940s and tagged pants, World War Two. Bookmark the permalink.

2 Responses to Older Rosies and the Push Toward Pants