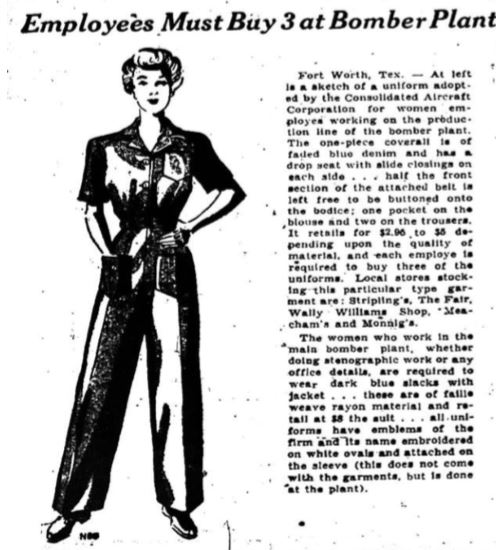 For the month of October, I had access to an online version of Women’s Wear Daily—what a treasure trove!  My first priority was to trace the history of half sizes, but my passion for discovering the history of older women in pants was not far behind.

There was abundant information about World War Two and the sudden demand for pants—or “slacks,” as they were then called.  Manufacturers and retailers were surprised that not all women who entered factories were young. “The women who are taking up war work now, and are coming into department stores to be outfitted, are middle aged and older women: some have never worked before.” (WWD, September 2, 1943.) Stores reported huge increases in slacks sales, and big shortages in larger sizes like 38 and 40. “While at the beginning of the war boom, the most important figure type was that of the younger woman, the demand is changing and older women with more mature figures are going increasingly into war factories.” (WWD February 3, 1943) 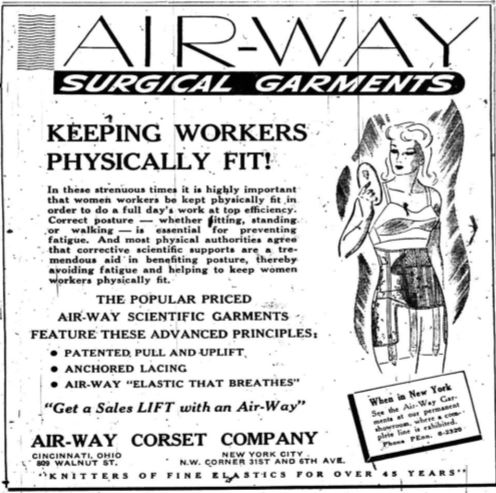 Along with demand for slacks came requests for panty girdles to wear underneath them.  In the past, older women wanted long line corsets, stores reported. Now they were requesting an undergarment previously marketed only to the young. Advertisers promised that the girdles would “smooth out” older figures and provide needed support in strenuous new jobs.

Did wearing pants on the job lead to wearing them outside of work? One article on aircraft industries in Southern California answered yes.  “The girls generally like slacks, so much so that a recent survey showed that after work only 44% change to dresses, while 56% change to other slacks or from coveralls to slacks.” (WWD, July 16, 1942.) Might not the same have held true for those who were no longer “girls”?

Sally Holt in Pants, 1940s
Season’s Greetings from Birdie Parsons, 1944
Installing the Supreme Royal Matron of the Order of Amaranth