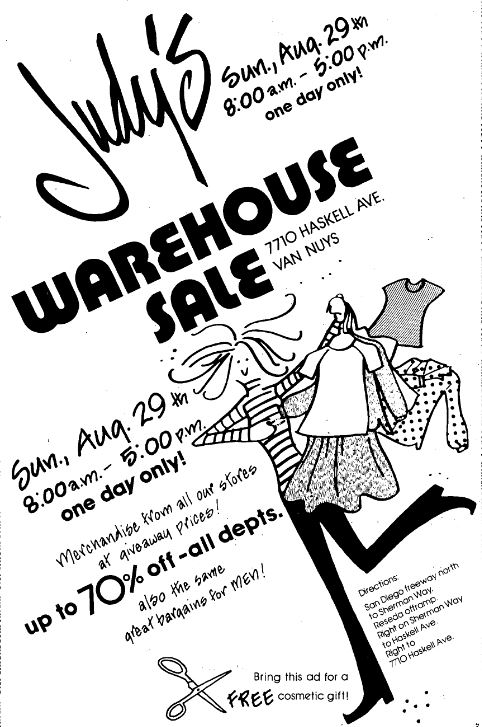 Inspired by Jen Orsini of the blog Pintucks, I checked out the memoir of Marcia Israel-Curly (1920-2004), founder of a chain of California fashion stores called Judy’s. Her book, Defying the Odds: Sharing the Lessons I learned as a Pioneer Entrepreneur, tells how she opened her first small store aimed at young women in 1946.  She called it “Judy’s,” inspired by Judy Garland. Early on, she developed the store’s distinctive trademark, a slim girlish figure in a striped turtle neck and pants. (She calls it a pixie.) It appeared in most ads and on all the packaging–I would recognize it anywhere.

Most women who grew up in Southern California in the sixties and seventies probably remember Judy’s, which eventually had a string of seventy stores. They had a fun atmosphere and unusual displays, showing different wardrobe options pinned up on the walls. Since many of the products were unique to Judy’s (about 50% in 1964), it was also a place to discover styles that you couldn’t find elsewhere.

Although Judy’s was aimed at youth, my aunt also shopped there. Apparently she was not alone. “The majority of our devoted customers were actually between 17 and 45, but because women were staying young looking longer, the high end stretched to 55 or even more for style-conscious women,” she writes. (200) This older demographic caused her some soul searching in the sixties, when mini skirts came into style. The store didn’t want to lose its core audience, but also wanted to hold on to older customers. “As a compromise we designed and produced for each store and small quantity of a trouser-type pants with a young-looking shirt and cardigan sweater, all matching. Interestingly, after two more fabulous years of minis, trousers did become a fashion statement, and as always Judy’s was first.”(211)

I was skeptical about some of her claims to originality.  For example, she takes credit for popularizing five-pocket Levis for young women, worn with the hems rolled up.  But you can see teenagers in Life magazine wearing this style two years before the store opened.

What Judy’s did accomplish was to solidify the youthful direction of fashion in the sixties. A segment of older women, hoping to keep up with the times, found inspiration in a store intended for their daughters. 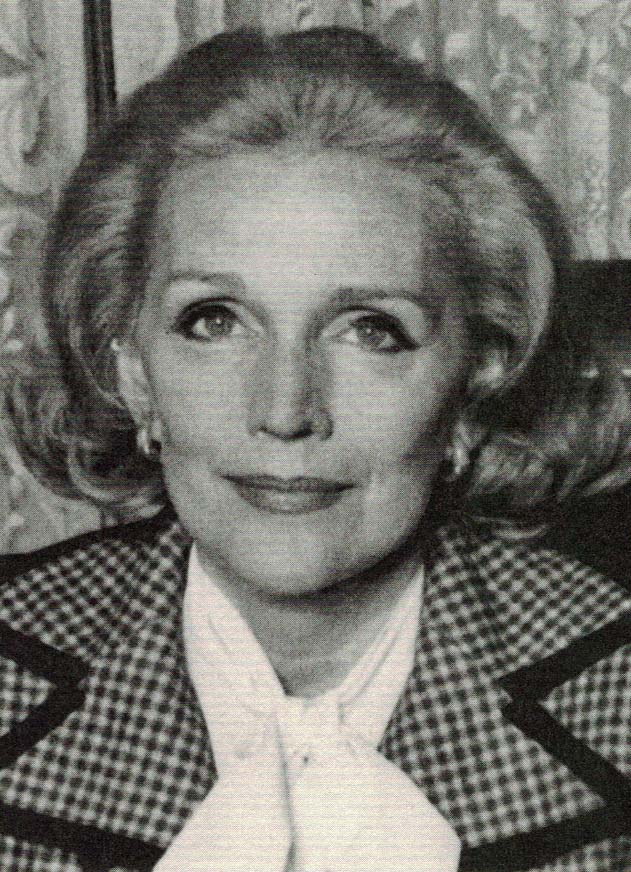 Undated photo from Defying the Odds

Thanks to Judy’s, Marcia Israel-Curly became a wealthy woman.  She took up philanthropy, founded a cancer center, and was offered a guest professorship in business at the University of Southern California.  In pictures, she is always immaculately dressed.  Unfortunately, she doesn’t mention where she bought her clothes.