The World of Beatrice F. Auerbach 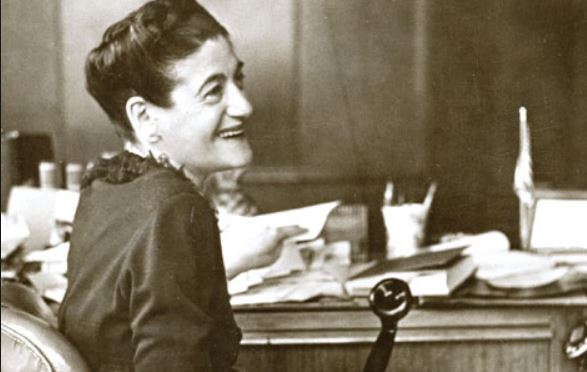 Beatrice Fox Auerbach (1887-1968) was not raised to become a woman of business. Born into the family that owned the G. Fox & Co. department store in Hartford Connecticut, she received the kind of finishing school education her parents believed would prepare her to become a wife and mother. When she married in 1911, her life seemed set. She had two children, advised her husband, travelled, and engaged in charity work.

All that changed when her husband died in 1927 when she was only forty. At that point, she began to take on more responsibility in the family business. When her father died a decade later, she was the logical choice to take over store management, becoming one of the few women business presidents in the country.  A progressive employer, she gave sales jobs to African Americans during World War Two and set up education and retirement funds for her employees.  She also contributed generously to the cultural life of Hartford.

The achievements of this extraordinary woman were honored in a 2015 exhibit by the Connecticut Historical Society called “Beatrice F. Auerbach: The Woman, Her Woman, and Her Wardrobe.” Curated by Laura Crow of the University of Connecticut, the exhibition illuminated the many facets of Auerbach’s life by examining her clothes. 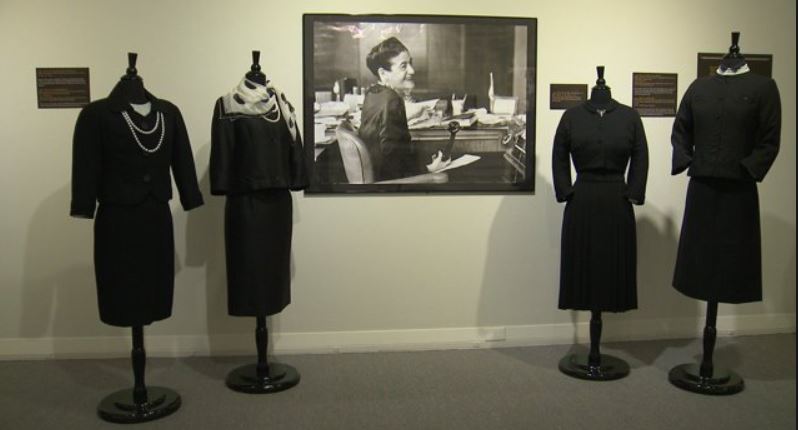 Auerbach dressed for work in black, wearing dresses with three quarter length sleeves for ease of movement.  According to Crow, she had pockets added to almost all of her clothes.  To diversify the somber color of her work clothes, she added jewelry, scarves, collars, and ruffles. 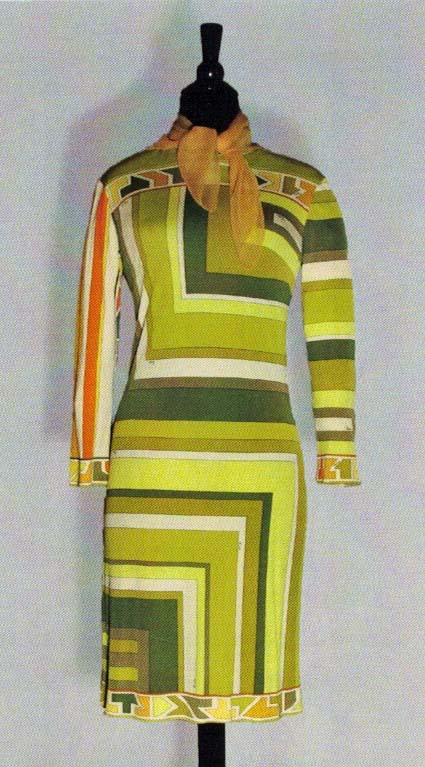 Outside of the work environment, Auerbach often chose more colorful attire.  Although she replaced the original labels in her clothes with G. Fox labels, Crow was able to identify the work of many top American designers, including Hattie Carnegie, Pauline Trigére, and Adele Simpson. The green and orange silk jersey dress above is by Pucci.

As an arts lover and philanthropist, she also had an extensive collection of evening wear.  Her ensembles sometimes included textiles from her travels, like beautiful woven scarves from India.

There were also casual clothes on display, including a very small sized playsuit bought for a Bahama vacation when Auerbach was in her seventies.  Most fascinating were two impeccable man-tailored pantsuits, one from 1945 and the other from 1955.  It would be wonderful to learn just where she wore those.

Clothes make the woman—and this remarkable collection of garments gives a real sense of the multifaceted life of Beatrice Auerbach.

For the Love of Buttons, World War Two Era
A Fashion Show at Neusteter’s Department Store in Denver
Bessie McHugh from her Thirties to her Sixties
This entry was posted in 1930s, 1940s, 1950s, 1960s and tagged Connecticut, pants, power dressing, textiles. Bookmark the permalink.

2 Responses to The World of Beatrice F. Auerbach