Grandmother and Granddaughter in Pants, 1950 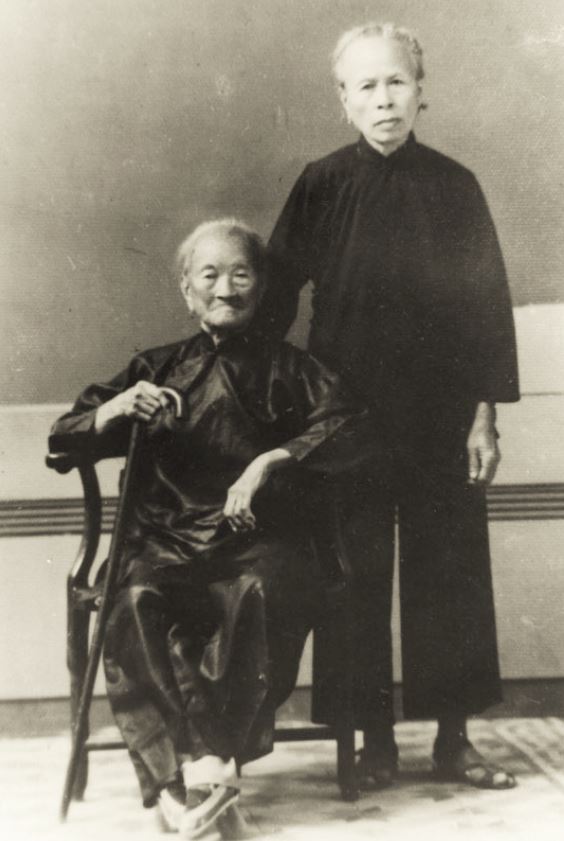 This photo from Southern California in 1950 is a reminder that different ethnic groups in the United States had very different ideas about the appropriateness of women in pants. Here a Chinese American grandmother and her granddaughter pose proudly in their coordinated pants outfits.  It is hard to imagine European Americans of the same ages in a similar pose in 1950.

The photo is formal, as if taken for a special occasion.  The granddaughter’s outfit might be made of cotton, with a center buttoned front and a mandarin collar.  However, the grandmother’s shirt and pants are made from a heavy, shiny fabric like a silk satin.  Her collar crosses over to the side like those on the most distinctive Chinese dress style, the qipao or cheongsam.  I’m guessing she dressed up for the photograph in her very best outfit, which just happened to include pants.

This entry was posted in 1950s and tagged Asian American, California, generations, pants. Bookmark the permalink.

2 Responses to Grandmother and Granddaughter in Pants, 1950