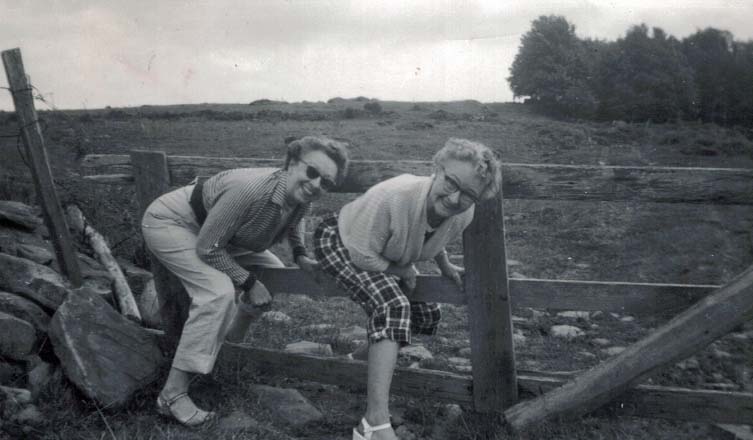 This seemed a good photo for the Labor Day weekend, which marks the end of summer in the United States. (Most of us have forgotten that the holiday was intended to commemorate the achievements of the labor movement.) The women wear clothing that looks transitional—sandals with sweaters. Although the photo is clearly staged, they seem to be having a good time. I hope they weren’t really planning on hiking through that rocky ground in these shoes.

Although it doesn’t have a date, I’m leaning towards the early 1950s for this photo. Their eyeglass frames, a mix of metal and plastic, are from post World War Two, when plastic really took off for glasses. I’ve found two similar ones from 1950 in a reference book. 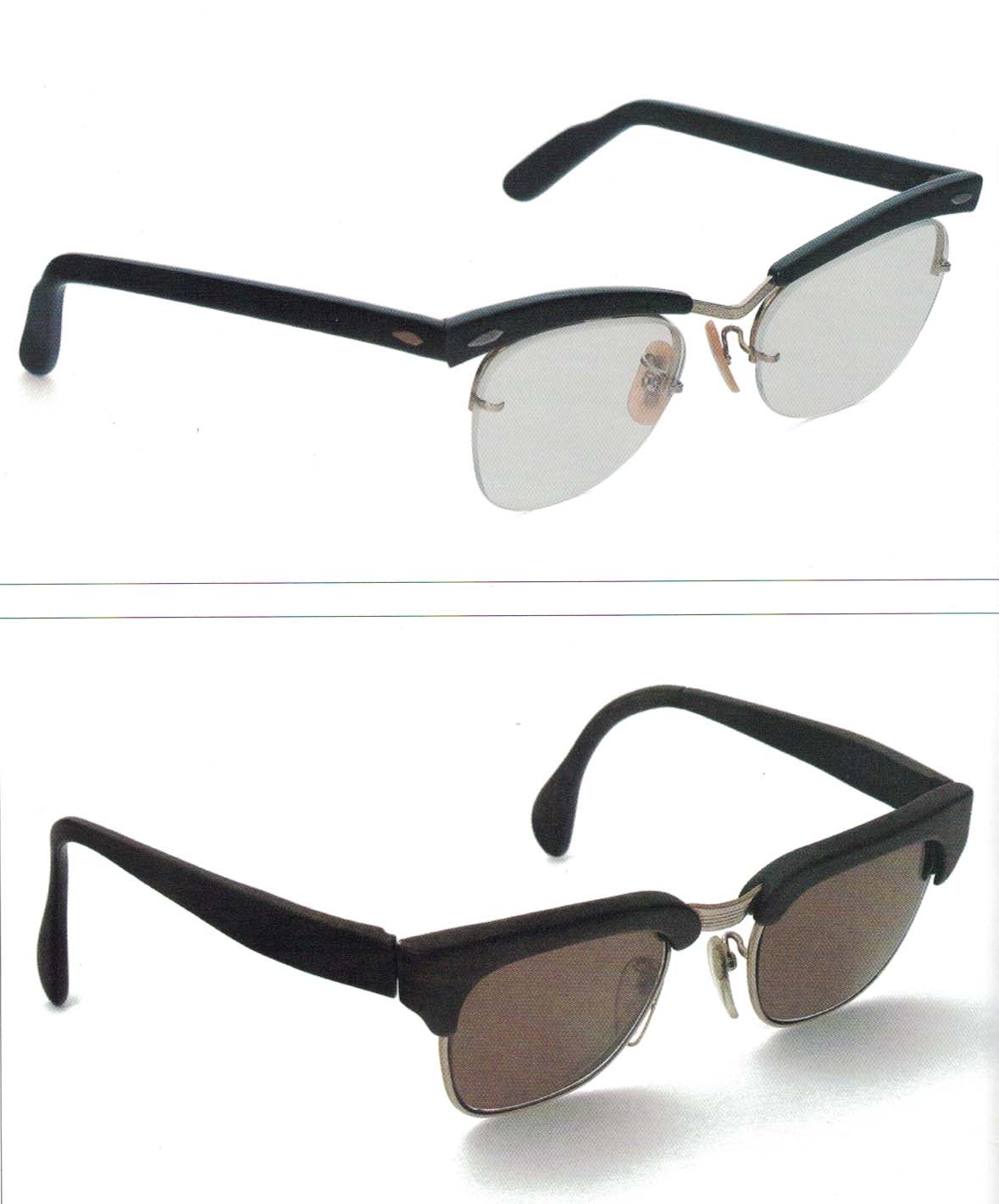 Eyeglasses from 1950, from Spectacles and Sunglasses

Sears catalogs show all kinds of pants for women in the fifties, more as the decade progressed. Since these are not yet closely cut at the bottom, they probably come from earlier rather than later in the decade. I wonder where these two got theirs. The plaid on the pants worn by the woman on the right is very badly matched, so I hope she didn’t make them herself. 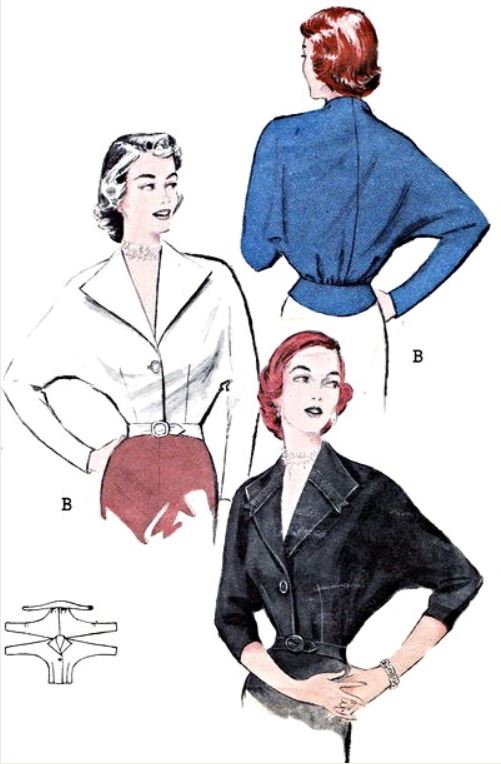 If I’m seeing the details correctly, both wear sweaters or loose shirts with seams down the center of the sleeve, which usually is the case with dolman sleeves. This is another distinctive feature of the late forties and early fifties. I’ll bet the striped top on the left looked very interesting when the woman stood up.

May all of you enjoy what is left of the season. I know I will–I’m heading for New York!

Three Generations at the Wedding
Mrs. Exeter in the Vogue Pattern Catalog
Irene Saltern’s Archive
This entry was posted in 1950s and tagged glasses, pants. Bookmark the permalink.