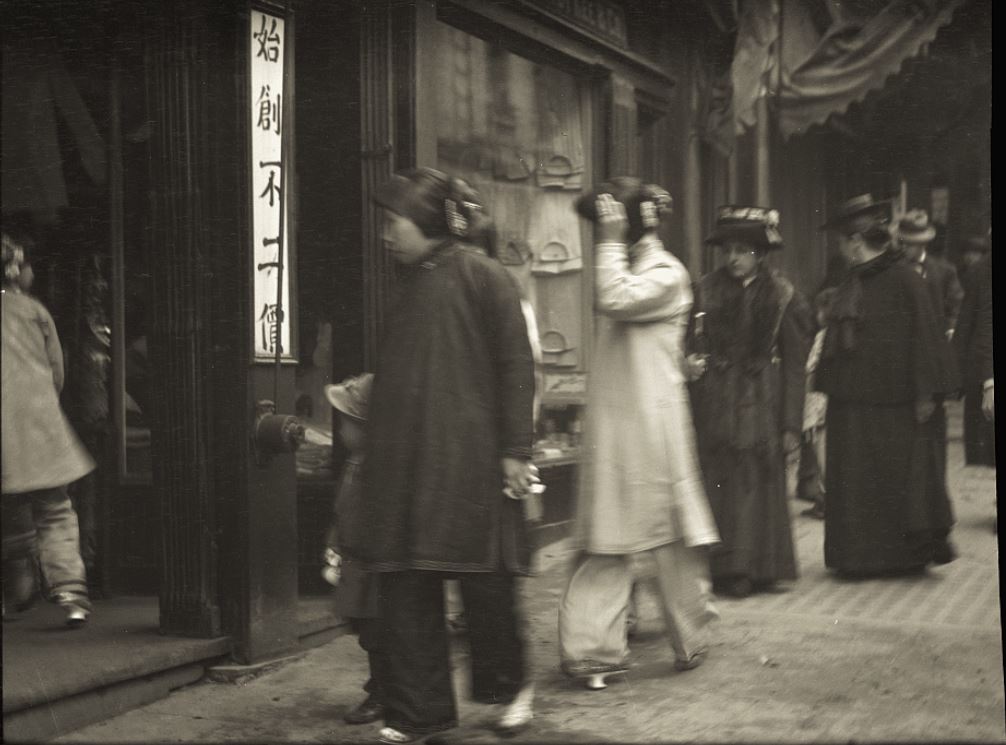 Photograph by Arnold Genthe, Library of Congress. Click to enlarge

When did women in the United States start wearing pants on the street?  It depends on where you look.  This picture from San Francisco’s Chinatown shows that pants were common attire for women of Chinese descent at the turn of the twentieth century.

To learn more about Chinese women’s clothing, friends put me in contact with Antonia Finnane, an expert in the field. She informed me that pants with a tunic or jacket were standard dress for rural and non elite women in China from the fifteenth century onward.  In Southern China, where most of these immigrants came from, pants outfits were standard on the street. When they came to the United States, the women continued the tradition.

The San Francisco based photographer Arnold Genthe chronicled San Francisco’s Chinatown before the 1906 earthquake.  In this particular shot, he caught the contrast between standard American fashions and the Chinese style.  Eventually pants came to have plebian connotations, says Finnane, and Chinese American women would leave them behind as they rose in social status.