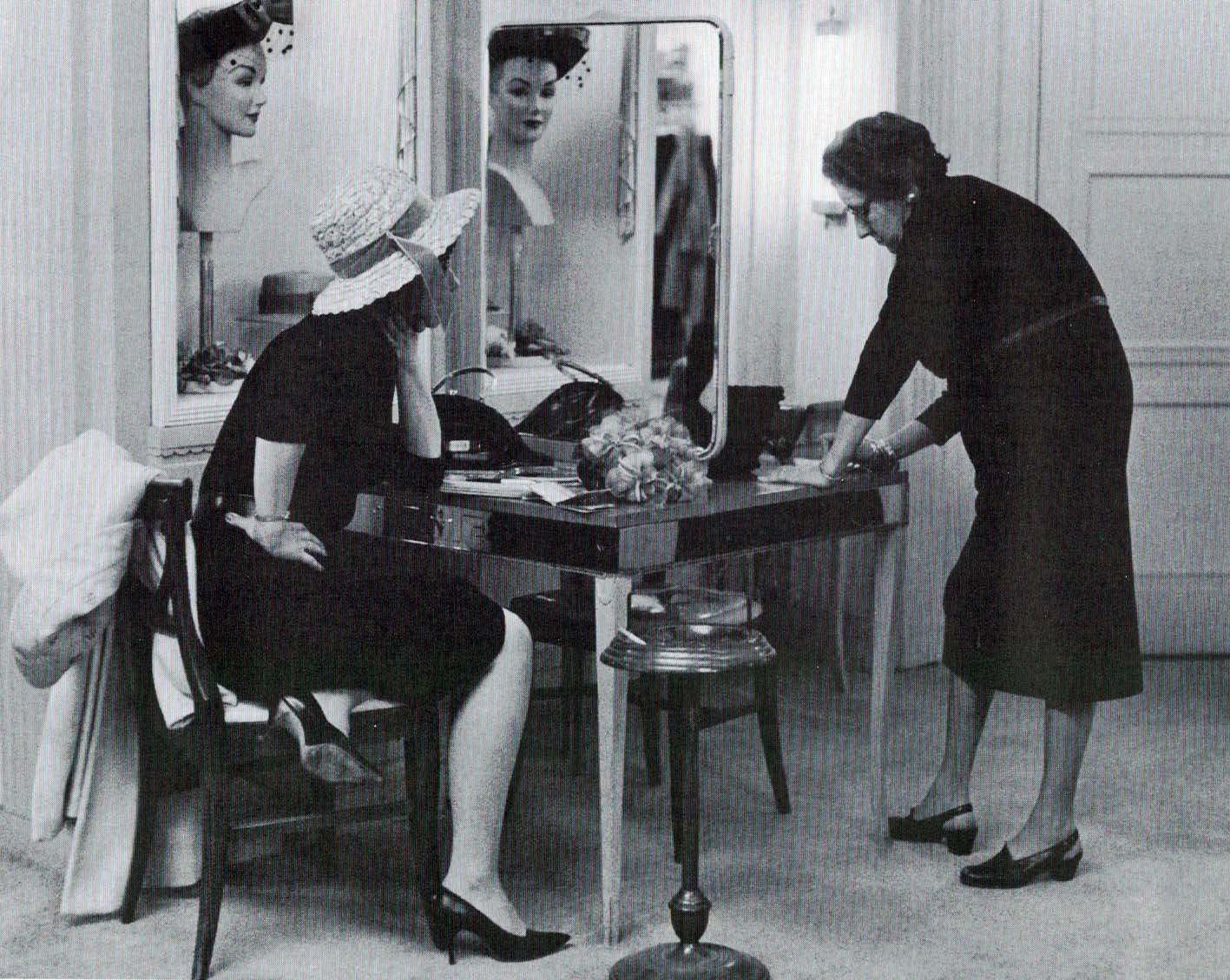 What a wonderful contrast between the shopper and the worker in this 1961 photo by Ruth-Marion Baruch.  I discovered it in the alumni magazine of my undergraduate alma mater, UC Santa Cruz.  The university was gifted the archive of Baruch and her photographer husband, Pirkle Jones.  They are best known for their political photos documenting the Black Panther movement in California, but their work is wide ranging. This particular photo is part of series by Baruch called “Illusion for Sale.”

The shopper in this photo gives the impression of being young, even though we can’t see her face.  The shoes are right-up-to-the-minute stylish.  That puts her in clear contrast to the sales woman, who is obviously older.  That woman’s shoes are designed to stand up to a day on her feet.  Note that she wears the preferred outfit of department store owner, Beatrice Auerbach—a black dress with three quarter sleeves.

In an engaging study of department stores, Counter Cultures: Saleswomen, Managers, and Customers in American Department Stores, author Susan Benson notes that this was one job where older women had an advantage in the first half of the twentieth century. Most stores also had a dress code, requiring “dark, inconspicuous clothing because they liked the uniformity it gave to the store’s appearance.”(139-140) By the sixties, though, things were beginning to change.  Stores began to favor younger sales women who had a better sense of trends.  I wonder if this woman was able to keep hold of her job as the decade progressed. 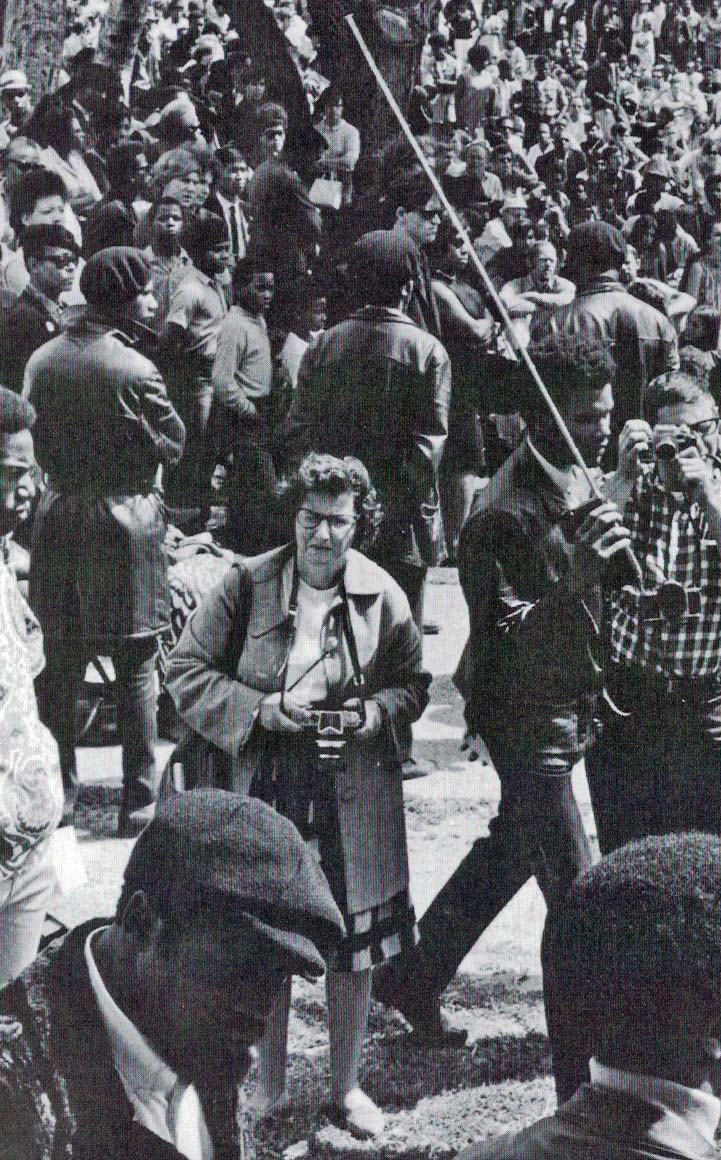 Baruch herself appears to have had a utilitarian approach to dress, as we can see in this cropped photo of her taken by her husband at a 1968 Black Panther rally. In her late forties here, she wears a practical skirt and top combination, a short coat, and flat shoes. There isn’t much in her outfit to indicate the time and place.  But she was there to watch, not to make a fashion statement.  Isn’t it fascinating that the assembled protesters don’t seem to be paying any attention to her at all?

1 Response to Documenting the Department Store, 1961