Installing the Supreme Royal Matron of the Order of Amaranth 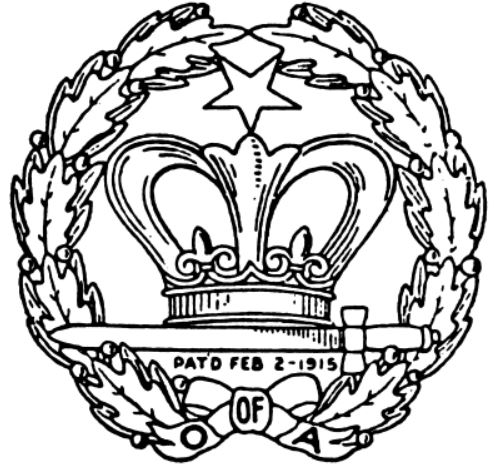 I received a lot of help for this post.  Thanks to Judith and hoppa_55, via Instagram, who suggested that I look into two organizations that were new to me—the Daughters of the Nile and the Order of the Amaranth. The Daughters of the Nile are part of the Shriners, a group tied to the Masons. The Order of the Amaranth is a high level Masonic group.  And thanks also to Dee, who estimated that the date of this event was most likely in the late forties to early fifties. 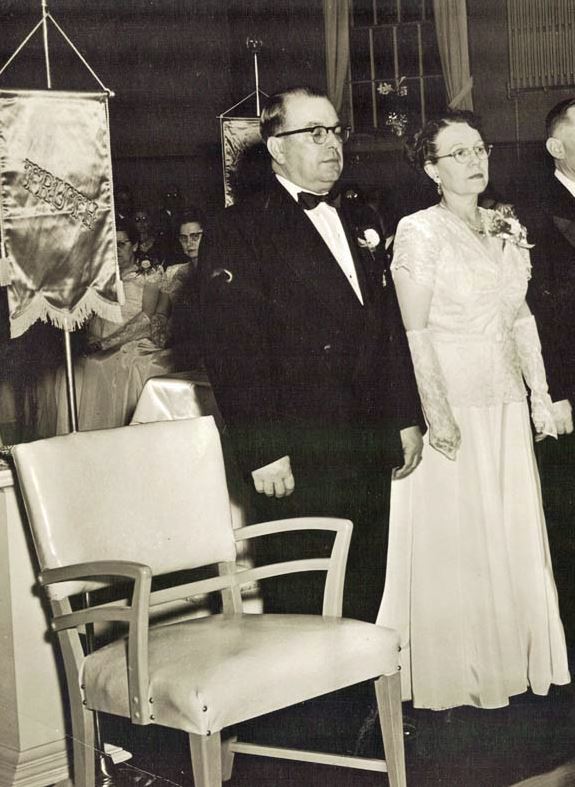 The banners are what convinced me that the photos show the Order of the Amaranth. The organization, which still exists, holds the motto of Truth, Faith, Wisdom, and Charity. Banners with these words are an important part of their ceremonies. 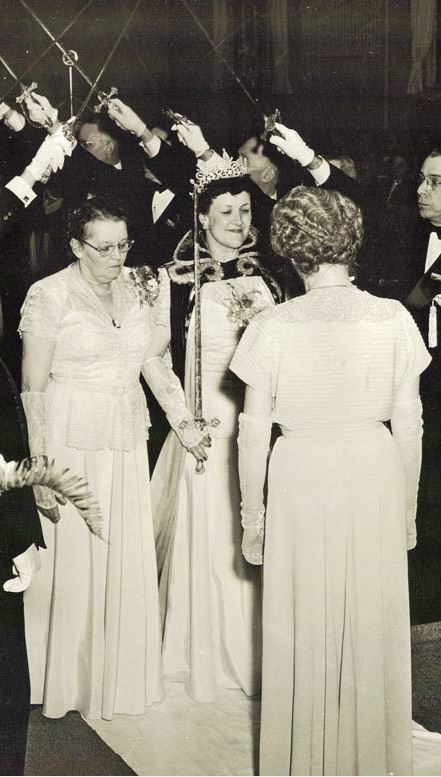 The straight swords are also part of the group’s symbolism. The photos apparently depict the installation of the “Supreme Royal Matron” of the organization.  They must have been among someone’s treasured possessions.

Since the only Mason I have ever known was my grandfather, I assumed that the organization did not weather the storms of the twentieth century very well.  But not so!  In some parts of the US it is still going strong.  The many women’s affiliates are an excellent place to look for photos of older women.  There are African American groups as well.  Their goal is to raise money for charity, but dressing up must be a big part of the appeal. While I would rather be a queen, “Supreme Royal Matron” doesn’t sound too shabby.

Blue Hair
Marjorie Hillis Roulston’s Advice for the Single Woman
A Uniform for the Old--A Lace Collar on a Black Dress
This entry was posted in 1940s, 1950s and tagged women's organizations. Bookmark the permalink.