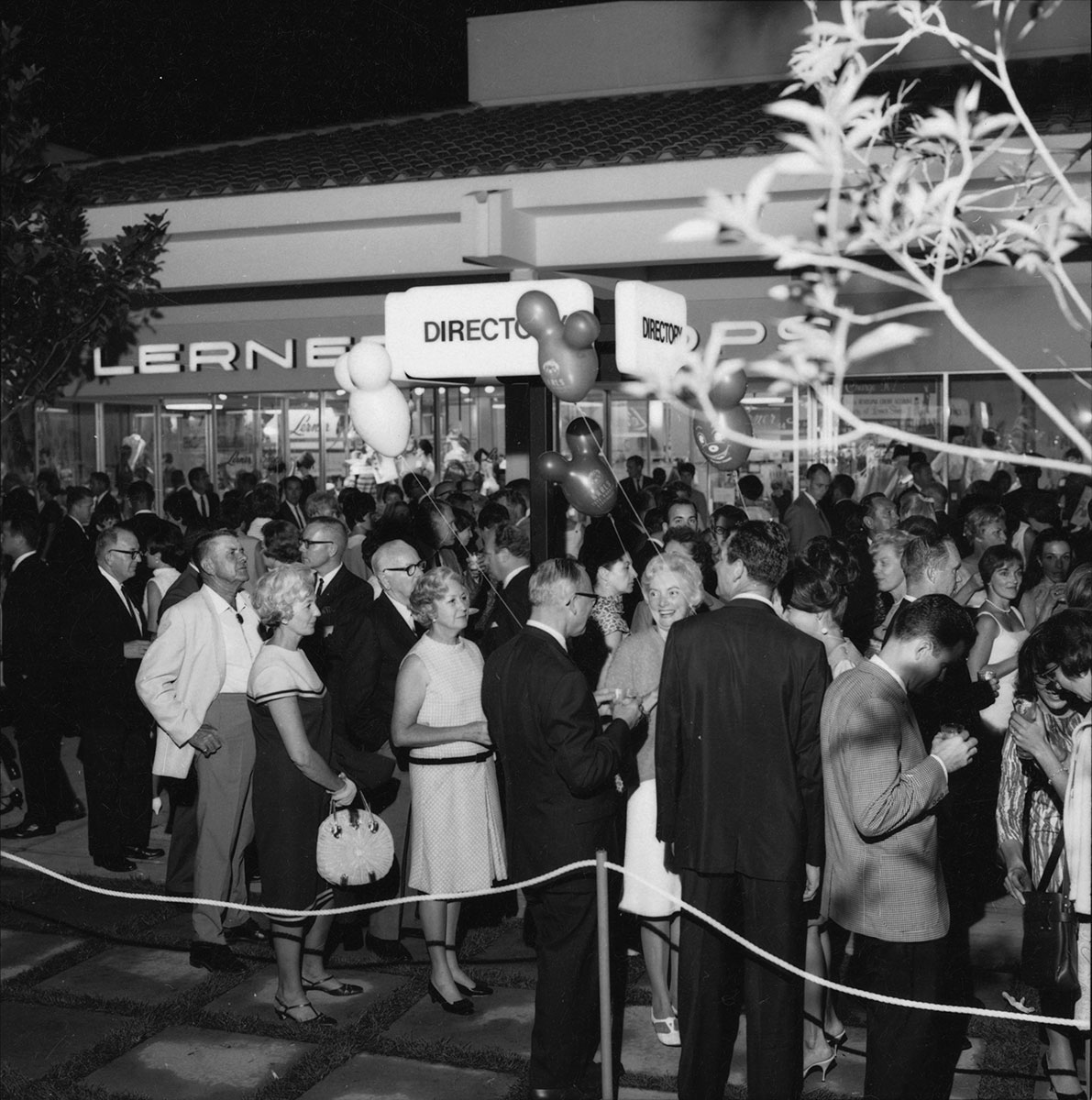 Fashion Island is a fancy outdoor mall in my neck of the woods. My husband, who has become interested in local history, found this photo on the Irvine Company website. Note the Mickey Mouse shaped balloons. It’s not too far from Disneyland.

I was fascinated by the older composition of the crowd—hardly a young face in the bunch. This must have been a closed party for the local businesses and community groups that supported the mall. Although the event was in September, the women are dressed for warm weather. September can be the hottest month of the year in Southern California.

Front and center are two women who show how the older set adapted to sixties styles. Their dresses are variations on the sheath dress, but not too tight. Their skirts are also not too short, and certainly several inches longer than youth fashion at the time.

The woman in white with the dropped waist and belt inspired me to take another look at older women from the 1920s. The photo on the right is cropped from a group portrait taken at a women’s club gathering in Los Angeles in 1928. 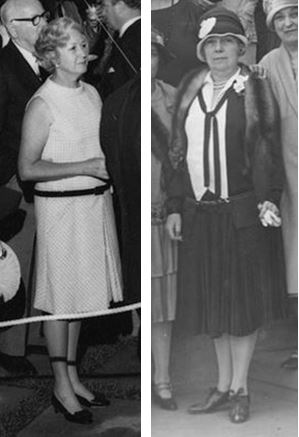 The structure of their outfits are similar—a belt at the dropped waist and a pleated skirt below.  I would even argue that their shoes have elements in common, both being on the conservative end of the fashion spectrum for their time. What is radically different is the stark simplicity of the sixties dress compared to the accessorized elements on the outfit from the twenties.  While I love clean lines, in this case I don’t think they are doing the woman in the sixties any favors.  The outfit accentuates her hips, while the neck tie and black and white contrast have a slimming effect on the woman from the 1920s.  Read about the long tie as an important element of twenties style in a fascinating post by Witness2Fashion.