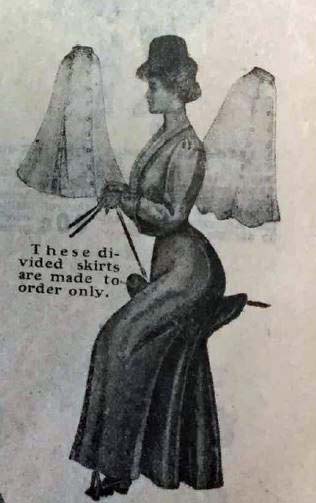 When did Montgomery Ward begin offering pants designed for women?  The first mention I found (and I could have easily missed some) had to do with horseback riding.  In 1907, you could buy a custom made divided skirt “for cross saddle horseback riding.”  Technically this was not yet a pair of pants, but the bifurcated skirt allowed women more flexibility in riding. As a custom made item, it could come in any size. 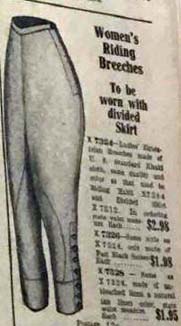 Three years later, the company had a half page ad featuring custom made riding outfits, including a pair of riding breeches “to be worn with a divided skirt.” 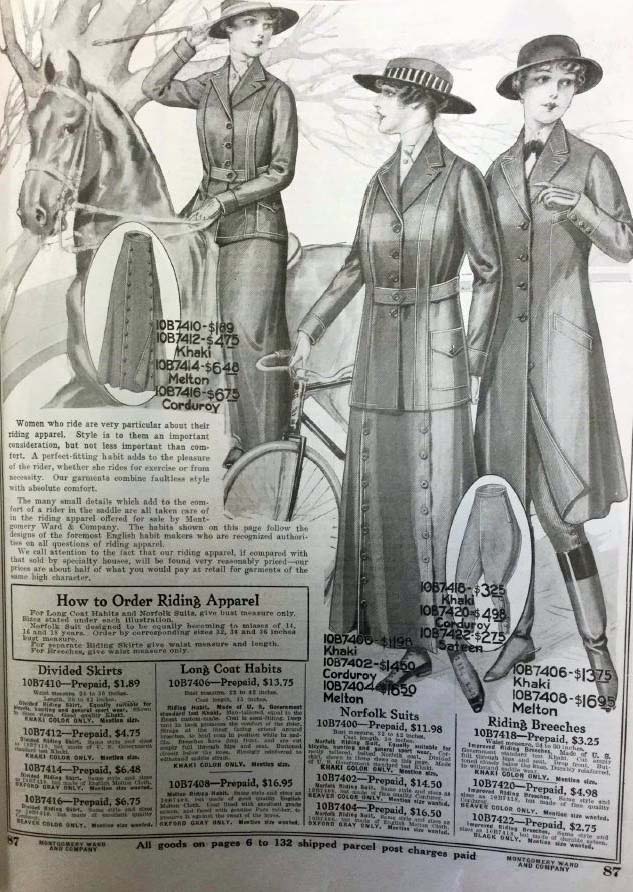 By 1916, there were drawings of women wearing these riding breeches without the skirt over them, a big step forward in the depiction of women in pants. And as you can see in the ad, the idea of “riding” had been expanded to bicycle riding. These outfits were no longer custom made, and on this page were primarily offered in smaller sizes.  The breeches, for example, only went up to a size 30 inch waist.

But these were leisure time activities.  What about work clothes for women?

Ads for overalls began in 1918, after the United States had entered the First World War.  These ready to wear outfits were listed on pages of “practical work clothes for women.” They came in both misses and women’s sizes.  In the image above, there is direct reference to the war.  The work suit was designed “for all who do war work as well as for those women who are taking men’s places on the farm and elsewhere,” a reference to the “farmerettes.” 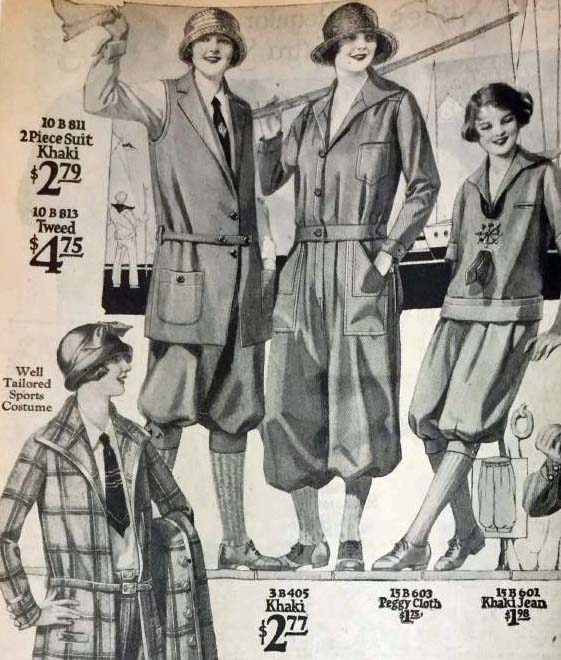 Overalls continued to pop up on work clothes pages throughout the 1920s.  But in 1924, I discovered them also listed as sportswear! Now called overalls, not work suits, the catalog gave detailed description of their construction as well as suggestions for possible venues to wear them. “Durable khaki overalls for the woman who works outside or drives a car. They are strong and well made, but roomy enough to give you unusual freedom. Made with drop seat, deep patch pockets, and elastic at the ankle… Also for camping and touring.”