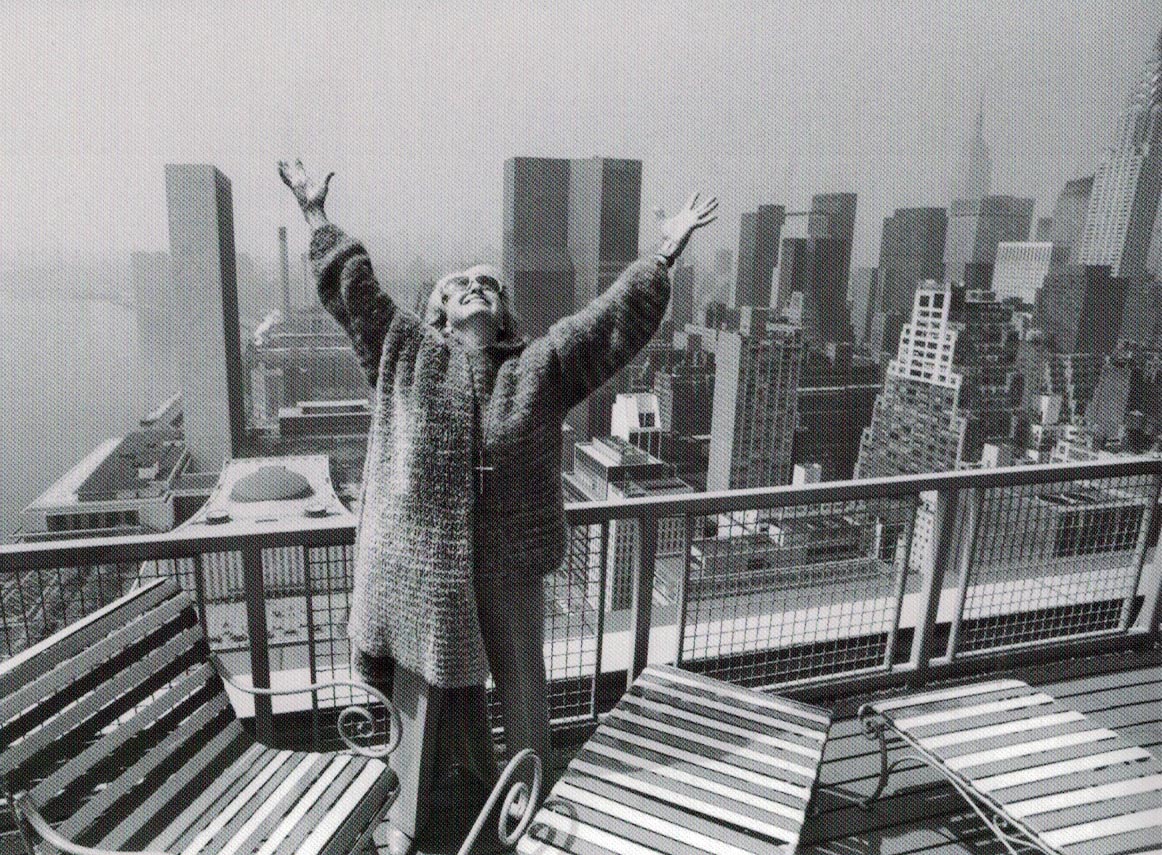 All photos from Bonnie Cashin: Chic is Where you Find It

Some designers change their source of inspiration all the time, looking to Russia one year and Africa the next.  Others spend their lives refining basic shapes. The American designer Bonnie Cashin (1908-2000) belonged to the latter camp.  Sometimes is it only the color of her hair—white in this circa 1980 photo above—that gives you a clue to when photos of her were taken. She introduced leopard printed slim pants in the fifties and was wearing a version of them herself when she was in her seventies. 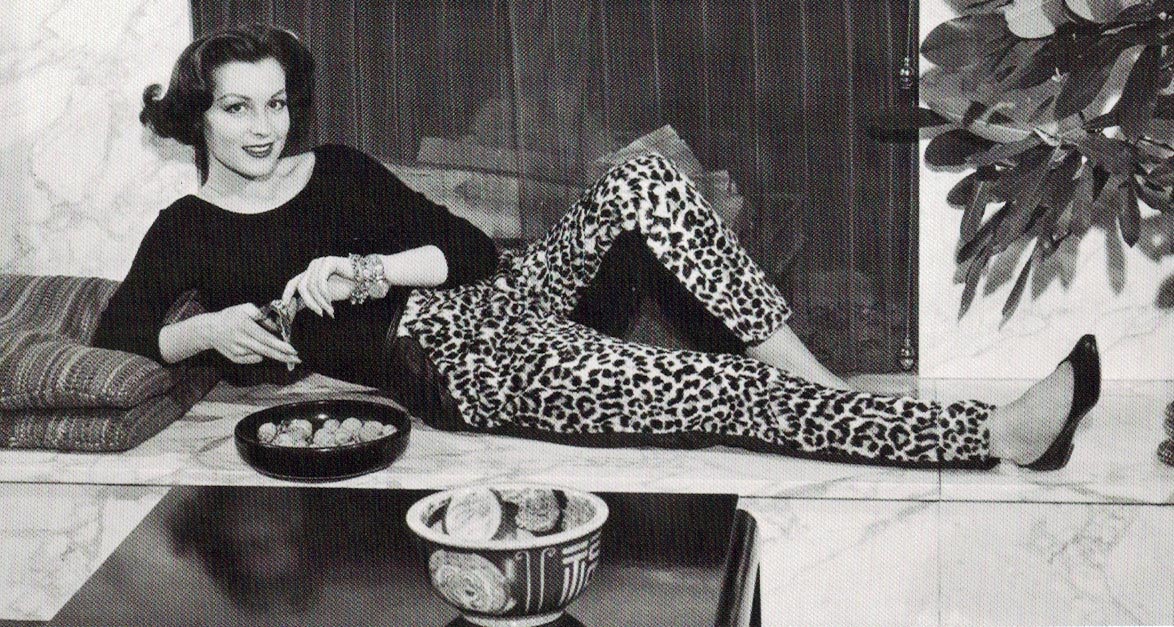 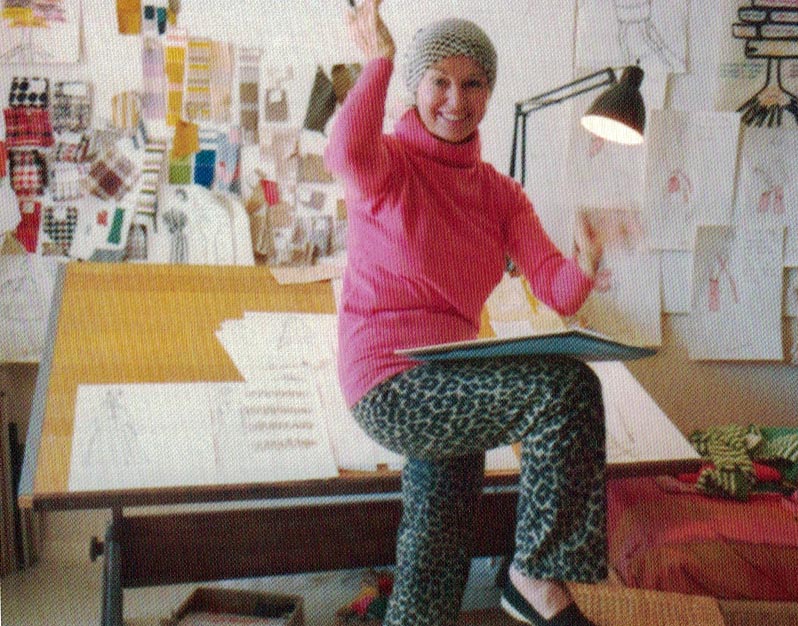 Stephanie Lake’s new book, Bonnie Cashin: Chic is Where you Find It, is an exuberant overview of Cashin’s life and work. Lake shows that the main inspiration for Cashin’s designs was Asia. Known for the concept of layering, Cashin said she got the idea from San Francisco’s Chinatown, where men spoke of a “two shirt” or a “ten shirt” day.”(Lake, 96)  Her most famous cut was the Noh coat, inspired by kimono, with roomy often cut on sleeves.  She began making iterations of the coat in the fifties and continued throughout her long career. 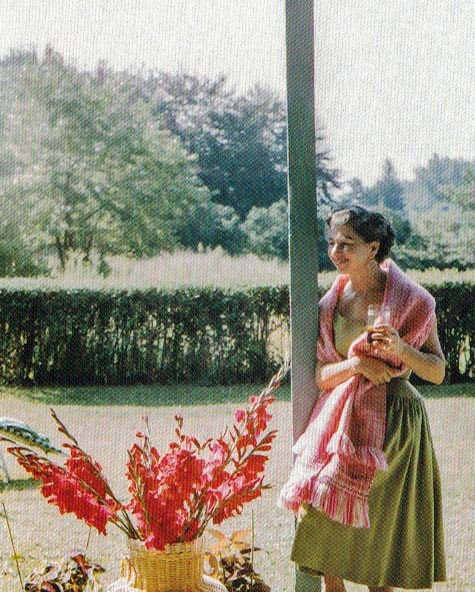 Cashin in a Liebes shawl 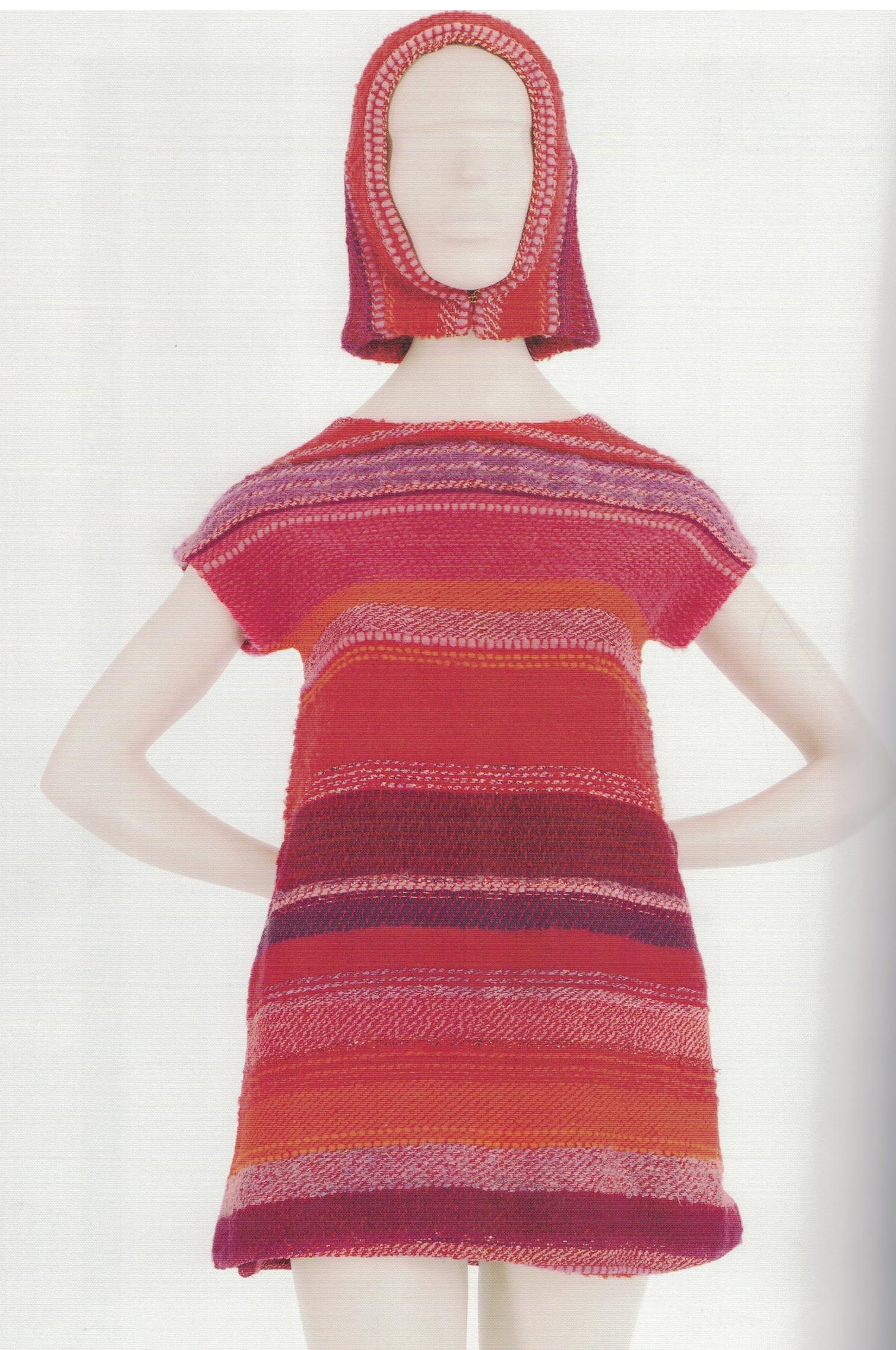 Cashin’s basic design philosophy was to use simple cuts from beautiful fabric.  It is no surprise that she was a close friend of weaver Dorothy Liebes, who kept a loom at Cashin’s summer house.  Some of Cashin’s own clothes were made from Liebes’ hand woven fabric.

Stephanie Lake’s book is a beautiful introduction into Cashin’s work. She was a surrogate daughter for Cashin and inherited the designer’s vast archive, which she gave to UCLA. This study is based on that treasure trove. While I was frustrated by the book’s lack of footnotes, bibliography, and index (I’m an academic, after all), Lake has made the archive available for all of us to use. And if you have time on your hands, take a look at the Cashin photos and documents UCLA has put on line.

On the Road with Gloria Swanson for Forever Young
Looking Back and Going Forward
Sewing for the Apocalypse
This entry was posted in General and tagged designers. Bookmark the permalink.