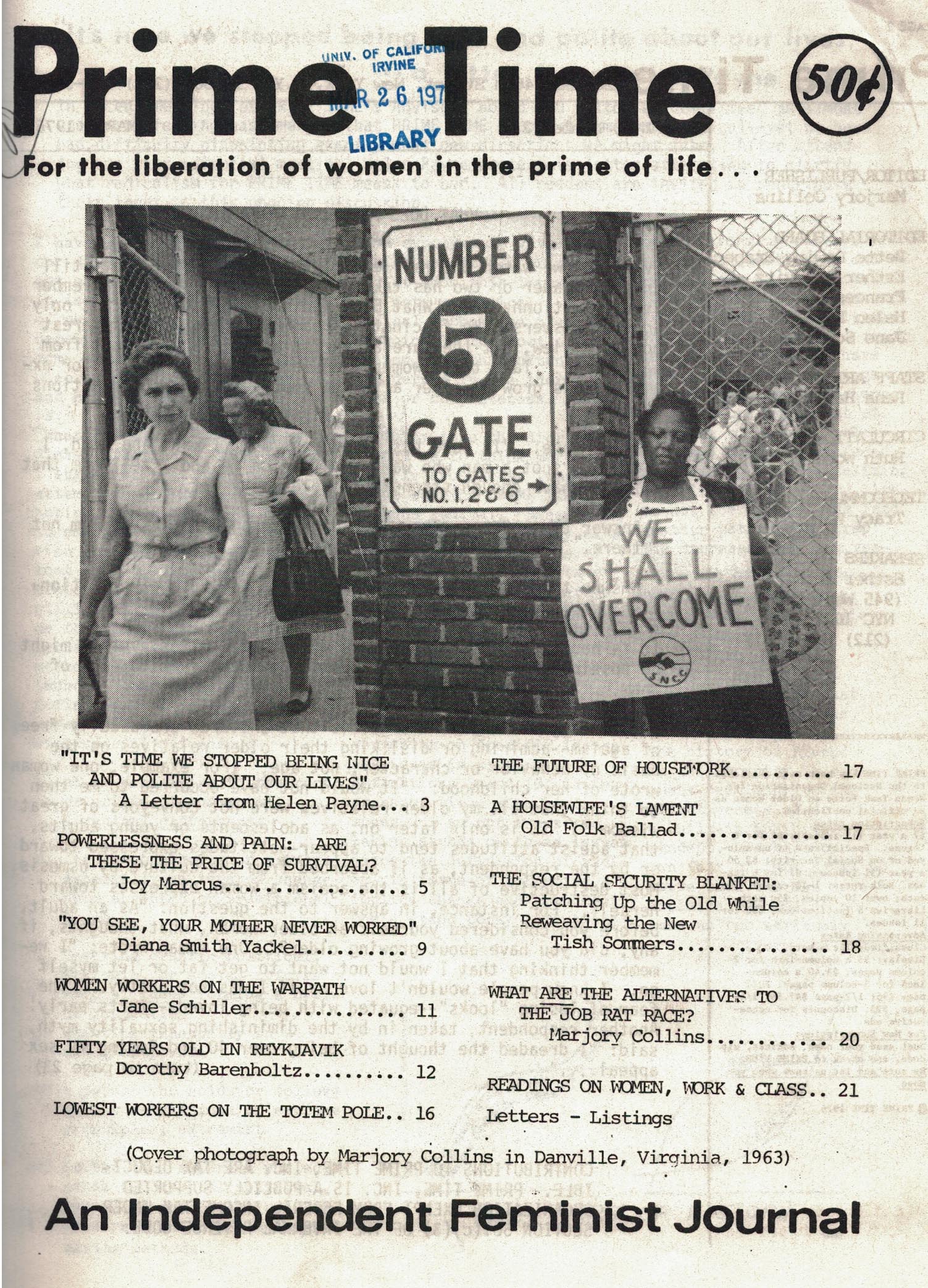 When Marjory Collins lost her job in 1971 at the age of fifty-nine, she couldn’t find a new one.  Employers weren’t interested in hiring a woman of her age. Out of anger she created her own position, although one without pay. She founded a journal dedicated to women like herself who faced discrimination in later life. The magazine existed for seven years and developed sizeable subscriber base, including my university library. But without advertising or grant support, it was never economically stable.

I was able to read fourteen issues of Prime Time, dug up from the basement of a regional storage facility.  Some of the reading was quite familiar, addressing common themes of seventies era feminism.  Writers discussed the injustices of capitalist patriarchy and speculated about separatist feminist communities. They denounced the male dominated medical profession and advocated self defense.

But most of the letters and articles investigated issues I never considered when I was in my twenties. Economic survival was high on the list. Women who had lost their jobs or were divorced late in life wrote about their efforts to make ends meet. The challenge of menopause—and whether or not to take estrogen to “cure” it—was the subject of passionate debate. The most frequent theme was ageism and the particular discrimination that women faced as they aged. 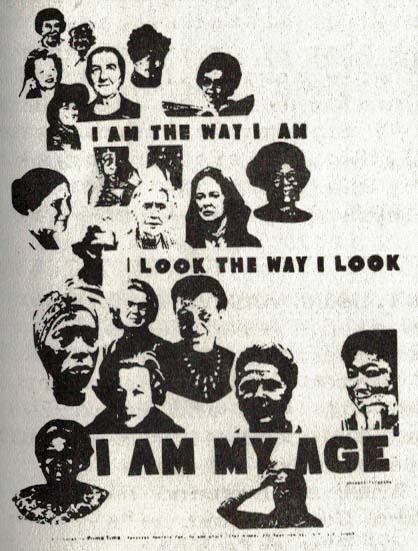 There isn’t much about clothing in the magazine, aside from a few denunciations of girdles, high heels, and higher prices for plus sizes. However, there is a lot about the social pressure caused by of America’s youth culture. Gray Panther founder Molly Kuhn writes, “Because society makes a fetish of being young and keeping up youthful appearances, the mythology of perennial youth is kept alive by lies, subterfuge, and self deception.” (June 1976, 7) One article on facelifts comes to the following conclusion, “The main tragedy is that it accomplishes so little, and only temporarily, and that the scars show.” (April/May 1977, 5).  Look the way you look—to paraphrase a slogan on Prime Time’s poster—was very much the message of the journal.

Prime Time was a shoestring operation, and it was Collins’ shoe.  She was editor, major writer, designer, and distributor, with most of the work done out of her New York city apartment. Her photographs were also frequent cover illustrations.  She took the one above in 1963 when she was covering the Civil Rights movement for the British newspaper The Guardian.

Wouldn’t you like to know more? Marjory Collins has a sizable archive at Harvard just waiting for the right researcher.  And if you ever come across a copy of that Prime Time poster, I’d make it worth your while if you sent it along.