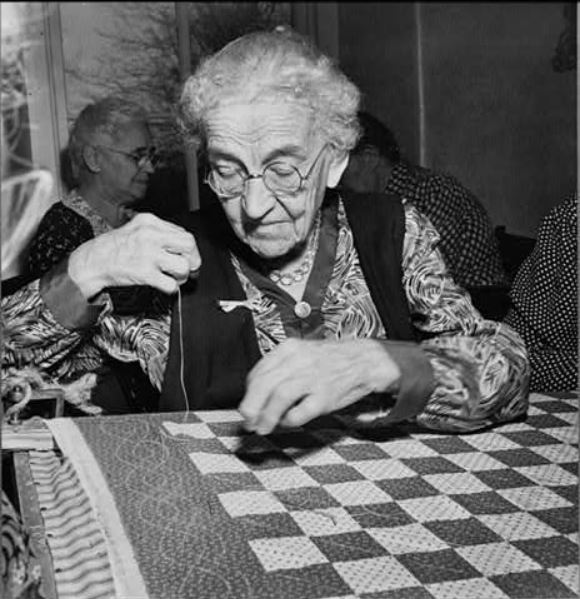 During the Second World War, Marjory Collins (1912-1985) was hired by the Office of War Information to provide a photographic record of American life on the home front. Most of her photos fit a standard mold—parades, church scenes, factories. But if you look closely, you’ll discover that she always paid close attention to what women were doing.  She was not only interested in the young women engaged in war work; she also had an eye for how older women lived during the war. 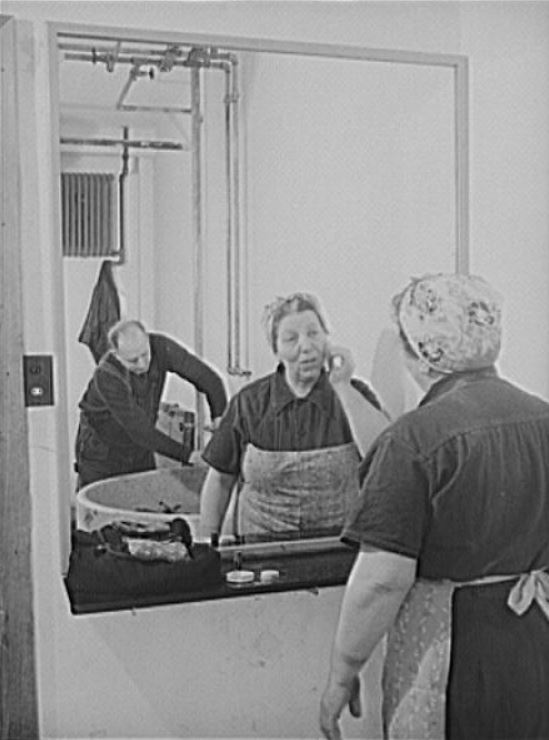 Her photo notes are almost as evocative as the photos.  For the quilter above, the oldest member of the Moravian sewing circle in Lititz, Pennsylvania, she tells us that the group charged one cent per yard of thread for hand quilting, with the proceeds donated to the church.  In the notes for the older woman freshening up at work, she informs us that the New York Car Wheel Company in Buffalo had only recently hired women and was still finishing up the women’s locker room.  Note that the older woman’s kerchief is tied at the top, headwrap style. 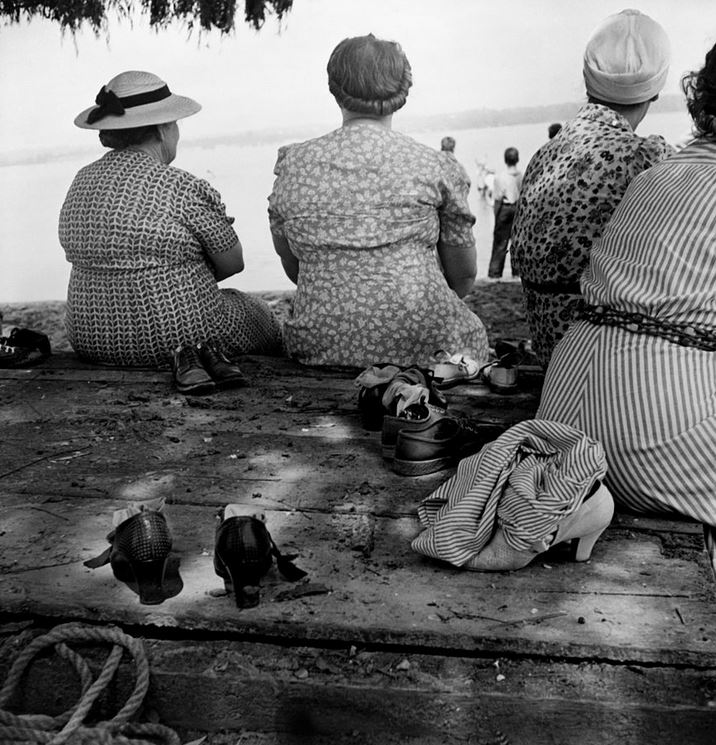 And consider this unusual shot of four women, no longer young, taken from behind at a Fourth of July picnic in 1942.  There is so much information about daily life in this picture. It shows the textile patterns, hats, hairdos, and shoes worn during the war. “Some watched while others waded,” she tells us. “The water was too shallow for swimming.”

While researching Collins, I discovered that she edited a feminist journal in the 1970s aimed at older women called Prime Time. Since I had seen so many of her photos, I wasn’t at all surprised. Best of all, I found some issues via inter library loan.  I’ll be sharing their contents soon.

This entry was posted in 1940s and tagged photographer, World War Two. Bookmark the permalink.

4 Responses to Marjory Collins—Chronicling the Lives of Older Women