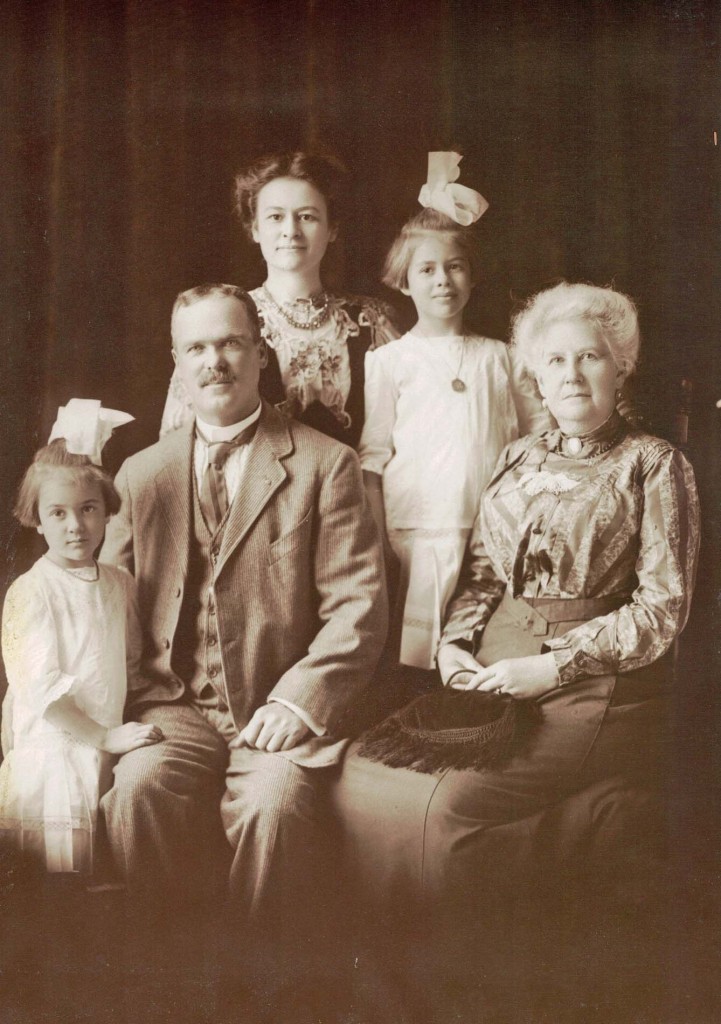 This family configuration, an older mother living with one of her children, is fairly common in old American photos. In his moving book Being Mortal, Atul Gawande states that over sixty percent of people over the age of sixty-five lived with their children in the early twentieth century; by 1975 that figure had shrunk to fifteen percent. With her position in the front row, this photo shows the mother/mother-in-law as an important family member.

We get a very good look at the older woman’s clothes here. At first glance I thought that this was a casual outfit for a formal photo—a blouse and skirt combination. Perhaps the skirt had a matching jacket for street wear, like these Sears “extra sized suits” from 1913, which she had left off for this interior photo. 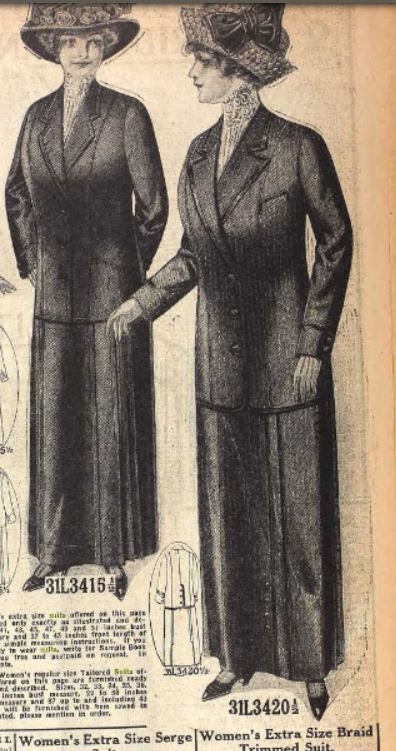 The blouse has fancy details. The stripes form chevrons in front and it has interesting tucks at the shoulders. I still can’t quite figure out how that wing shaped lace piece was attached. Did the blouse have a low neckline filled in by a kind of inset? Note the cameo at her neck and the fringed velvet bag on her lap. When she stood up, the skirt’s seams would give slenderizing vertical lines.

Perhaps I’m imaging it, but I can’t help seeing tensions in the family dynamic on display. The older woman is in the front, yet moved off to the side. Neither she nor her daughter-in-law looks happy.

Thanks to my photo scout Sally for finding this at a Los Angeles yard sale.

Nations Parade, July 4 1911
“Is the Trousers Skirt So Foolish?”
Harriet Strong, the Pampas Woman
This entry was posted in 1910s and tagged generations, suit. Bookmark the permalink.