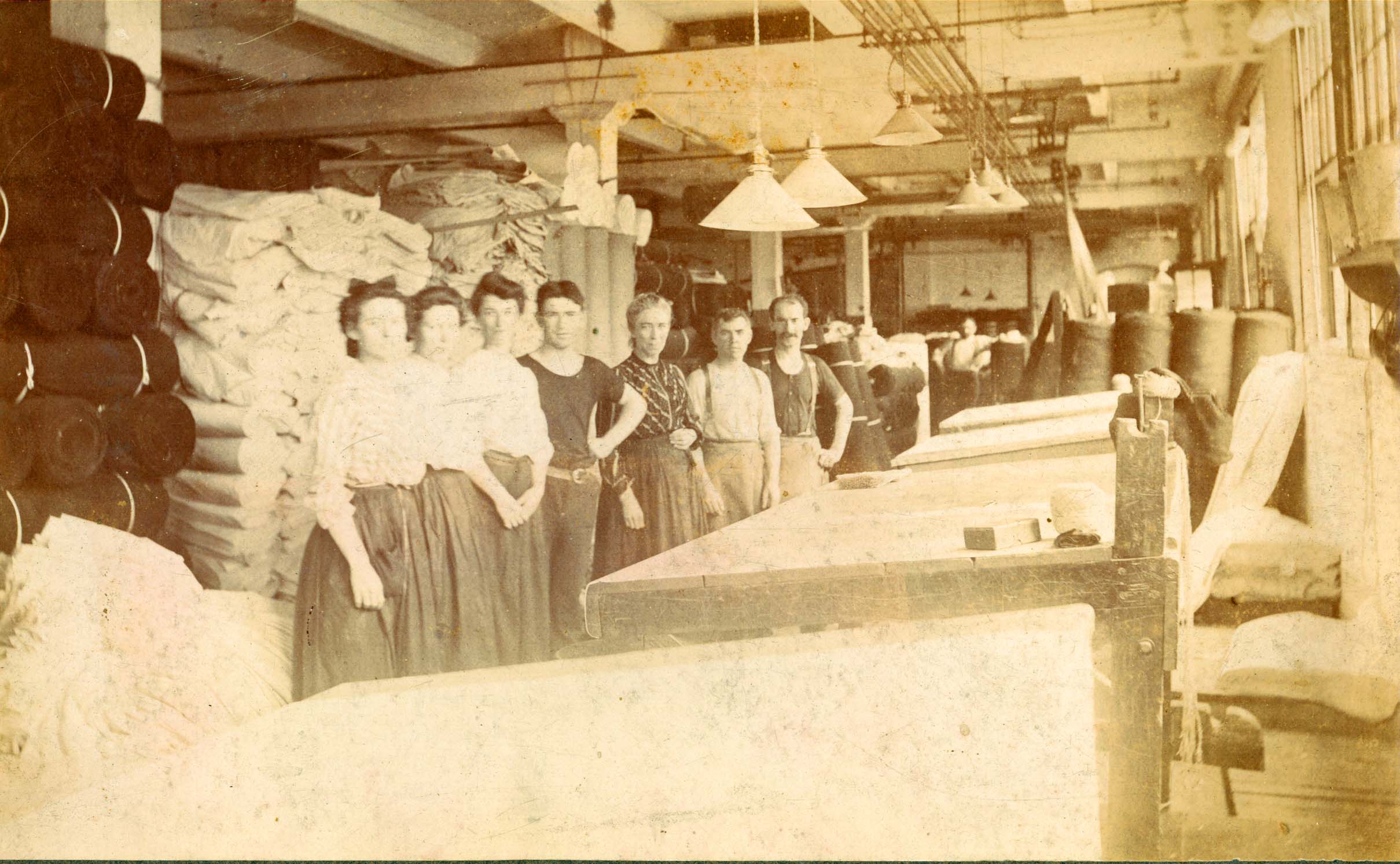 This fascinating photo was a lucky find at Flounce Vintage in Los Angeles. The owner thought it was set in a laundry; my guess was a garment factory. Neither of us was right. The key to the mystery was on the back: “Grandmother King (white hair between the two men) Hood Rubber Company Watertown.”

It wasn’t hard to find company records, housed in the Baker Library at Harvard University. Hood Rubber existed from 1896 to 1929, when it was bought out by the big rubber company, B. F. Goodrich. Here’s a description from the archive: “The main product of the company was footwear, principally sneakers. It also manufactured rubber boots and leather shoes and boots in smaller quantities. Several models of the Hood rubber boots were used by French, British, and American armed forces during World War I.” The company had very progressive employee benefits, including a dentist on site. 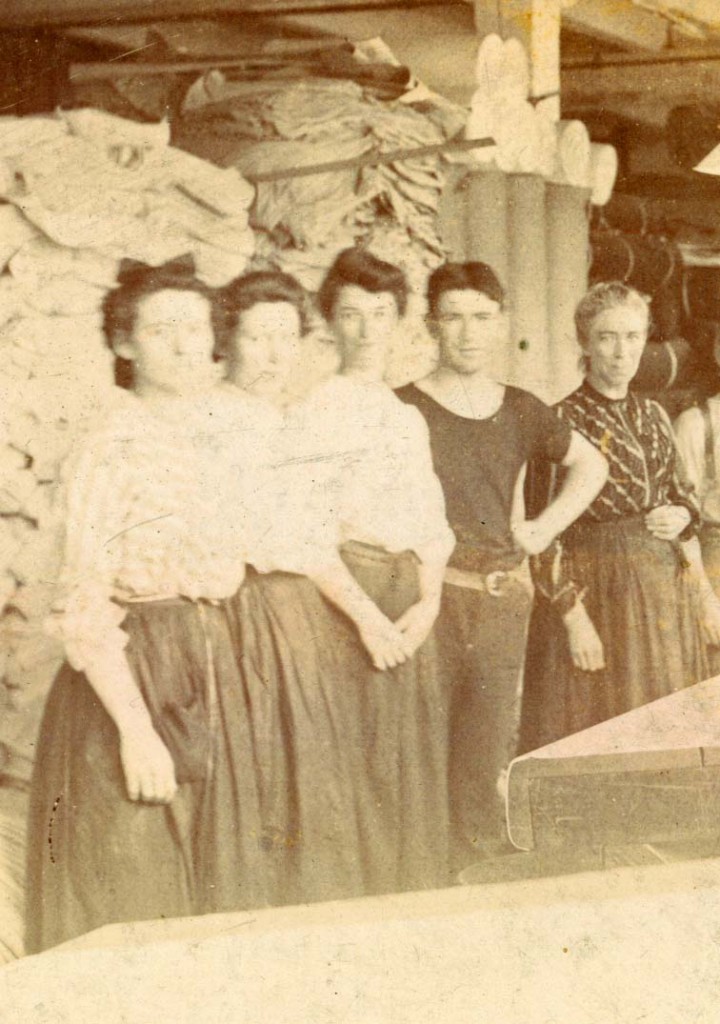 There’s an interesting mix of work clothing depicted here. The men are in their undershirts—perhaps they were the haulers of those big bales in the background. The young women wear white shirtwaists with dark aprons over their skirts. Given their Gibson-girl-like hair styles and high collars, I am guessing this photo was taken closer to 1900 than 1910. Grandmother King has on a dark blouse with stripes or narrow lace on the bias. Her age and her dressier outfit give her an air of authority over the other workers. Might she have supervised the men as well?

What exactly went on in this room, with its wall of windows, high work tables, and piles of fabric on the side? Since Hood Rubber made sneakers, perhaps the canvas bodies for the shoes were cut out here.

The Politics of Valentine’s Day
Flowers and the Older Women—Violets, Yes; Daisies, No
A Summer Idyll, ca. 1909

This entry was posted in 1900s and tagged colors, generations, Massachusetts, shirtwaist. Bookmark the permalink.