A Golden Wedding Anniversary in Kentucky, 1932 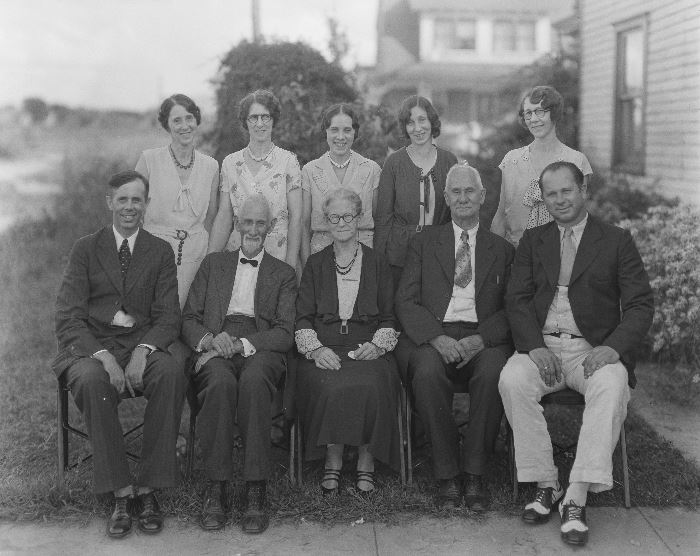 How do you find pictures of women over fifty?  Well, one sure fire way is to look for those who have been married fifty years.  “Golden Wedding Anniversary” is a golden search term for me. Unfortunately, many show the wife’s clothes obscured by a big cake.  Not here, though.  Front and center is Mrs. Engles (no first name given) and her husband Ike at a big family gathering.  You can see even more celebrants here.  I chose this photo for its clear view of Mrs. Engles’ outfit and a glimpse at least half of what the younger women were wearing. 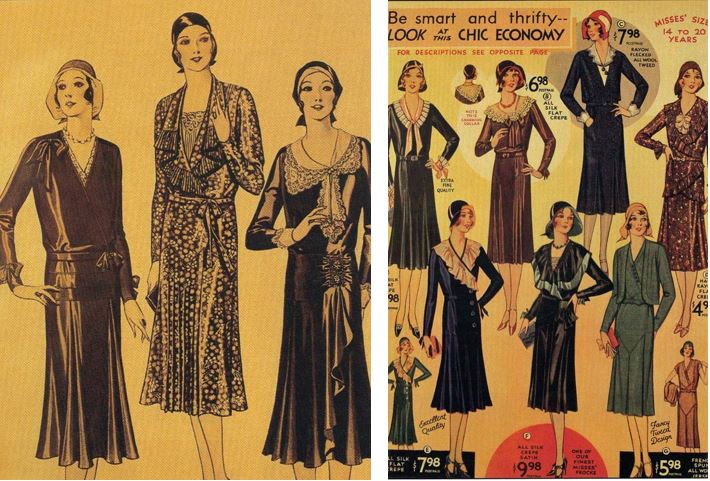 Did Mrs. Engles buy a new dress for her party? At first I thought no, since the open front shirt, big lapels, and buckled belt reminded me of clothes from the late teens and early twenties.  But Sears catalogs from around 1930 show outfits with a similar construction. Like hers, some have plunging necklines, big lapels, and lots of white around the face.  You can even find similar delicate belt buckles. Her wonderful strappy shoes, the preferred dress up style of the 1920s matron, might have been a few years old.

Her daughters and/or daughters-in-law’s dresses also look a year or two out of style.  By 1932, most styles fit snugly around the natural waist with the slight blouson effect gone. Maybe they also bought their dresses from Sears the year before. Or perhaps they made their own outfits from the not-quite-up-to-date mail order patterns, like this one from 1932 found on Vintage Sewing Patterns.

And what about the sly devil in his white pants and spectator shoes?

A Pop of Color
Migrant Grandmother, 1938
Life on the Ranch, 1939
This entry was posted in 1930s and tagged generations, Kentucky, sewing, shoes, special occasion. Bookmark the permalink.

1 Response to A Golden Wedding Anniversary in Kentucky, 1932