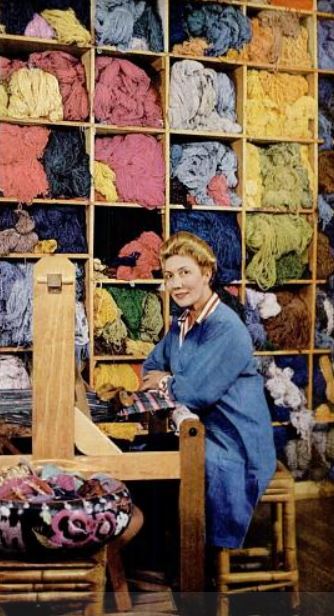 It isn’t often that the terms “celebrity” and “weaver” are combined these days, but in mid-century America Dorothy Wright Liebes achieved this status. A 1947 Life magazine feature called her “one of the most all-pervasive but least known influences in American life.” The authors were wrong about the “least known” appellation, though, since her name was already appearing in advertisements for wallpaper and textiles. 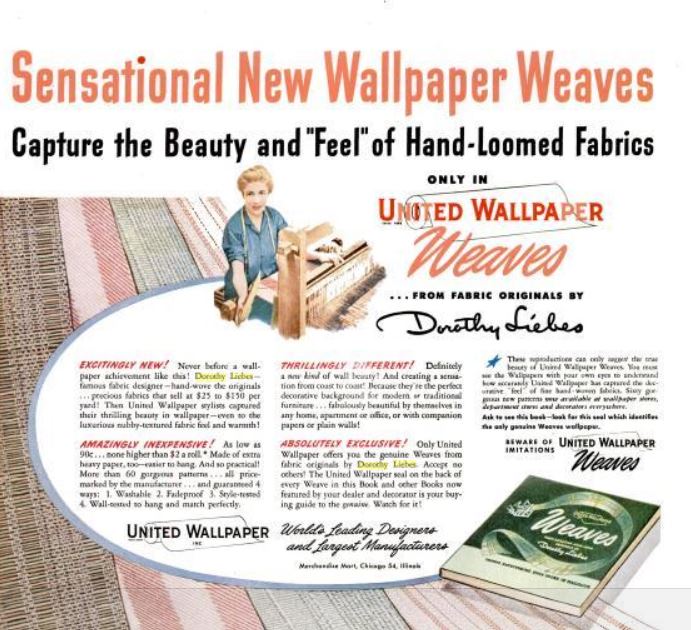 And the Life feature only boosted her visibility. In the following year, she was praised in the fine print of a Janzen swimsuit ad as “America’s greatest colorist.” 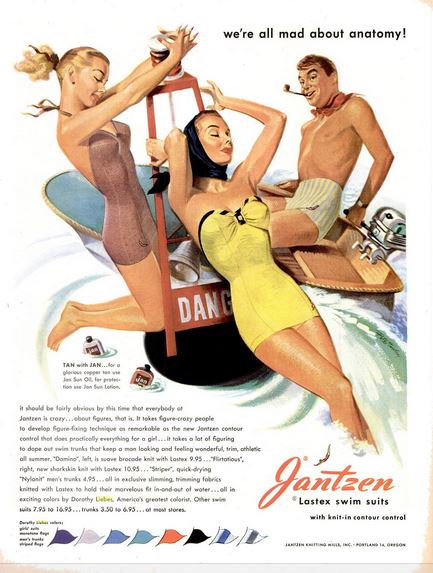 Born at the tail end of the nineteenth century, Liebes learned to weave at Hull House. She perfected her skills through global travel and a stint at the Rodier Studio in Paris. In the 1930s, she set up her own studio, first in San Francisco and later in New York. Known for incorporating unusual materials like metal, leather and beads into her work, she had a large wealthy clientele interested in hand woven products. However, she also worked extensively with industrial firms to create modern, synthetic textiles for the home. One of her biggest clients was Du Pont industries, who hired her to popularize new fibers like Dacron and Orlon. You can see examples of her textiles here. 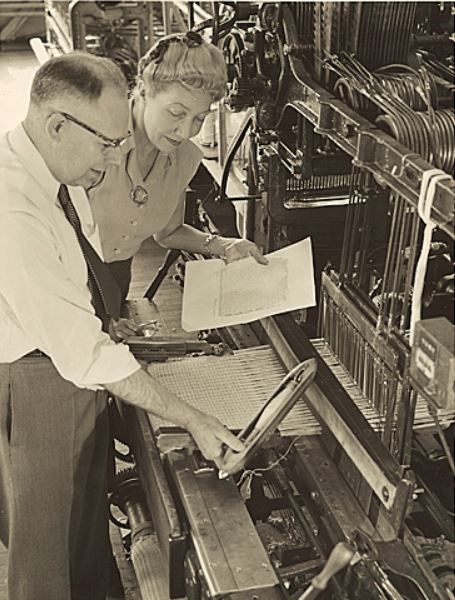 There are several photos of Liebes at work available on line through her archive at the Smithsonian. In most of them, she wears her long hair piled high up on her head. I am disappointed to see her appear in ordinary clothes. In the Life magazine article, she recommended that all American women have a loom and make clothes from their own home-made textiles. I guess she was too busy to follow her own advice.

Claire Shaeffer: Collector, Teacher, Writer
The Duchess of Windsor: Older Icon of the Fifties and Sixties
Home for the Holidays, 1962