The simple white skirt and blouse of this older woman is probably sending a political message. In the 1910s, the American suffrage movement adopted purple, gold, and white as the colors of their cause.  Wearing white, meant to symbolize the purity of the cause, was an easy way to signal political beliefs.  Too bad we can’t see the color of her sash. 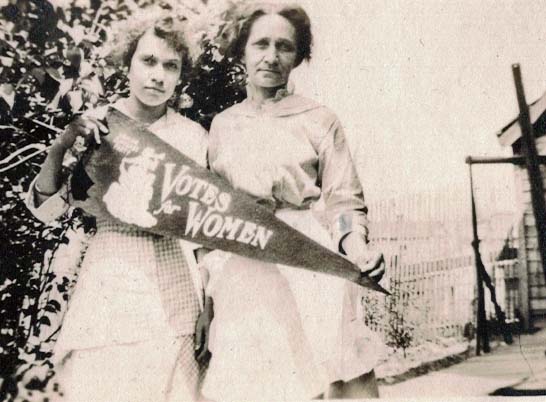 Why do I guess that she was probably dressed for a suffrage parade? Because Lizzie Bramlett of the blog The Vintage Traveler found the snapshot together with another one, most likely taken with her daughter, which makes her politics clear. 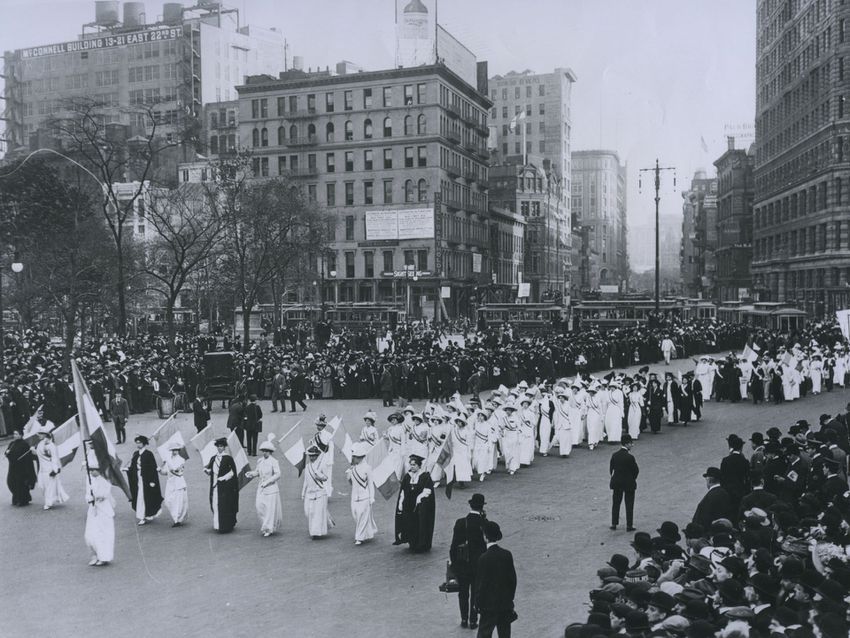 Although dressing in white was not a requirement for suffrage marchers, you can find many photos of women in white wearing their politics on their backs.  The one above is from a march in New York in 1912. 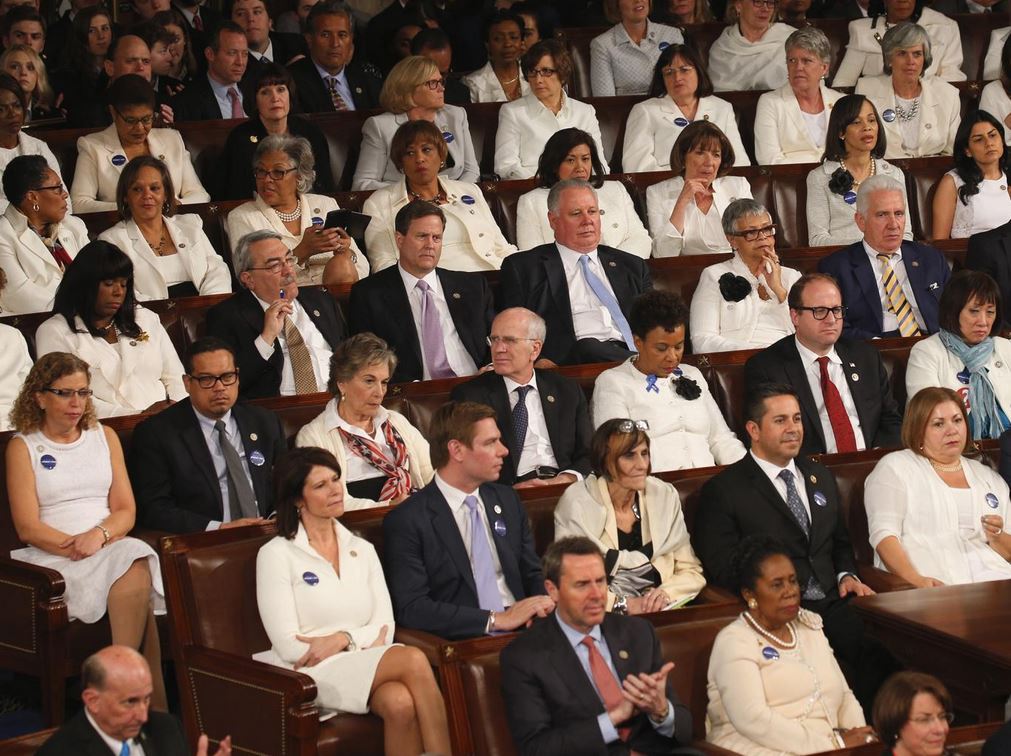 White clothing has had a resurgence of late as a way to signal political beliefs. When a number of Democratic women wore white to Trump’s speech in Congress this week, they were referring back to symbolism over a hundred years old. We already know the meaning of blue and red in contemporary America. Perhaps white now needs to be added to the list.

This entry was posted in 1910s, 2010s and tagged colors, power dressing. Bookmark the permalink.