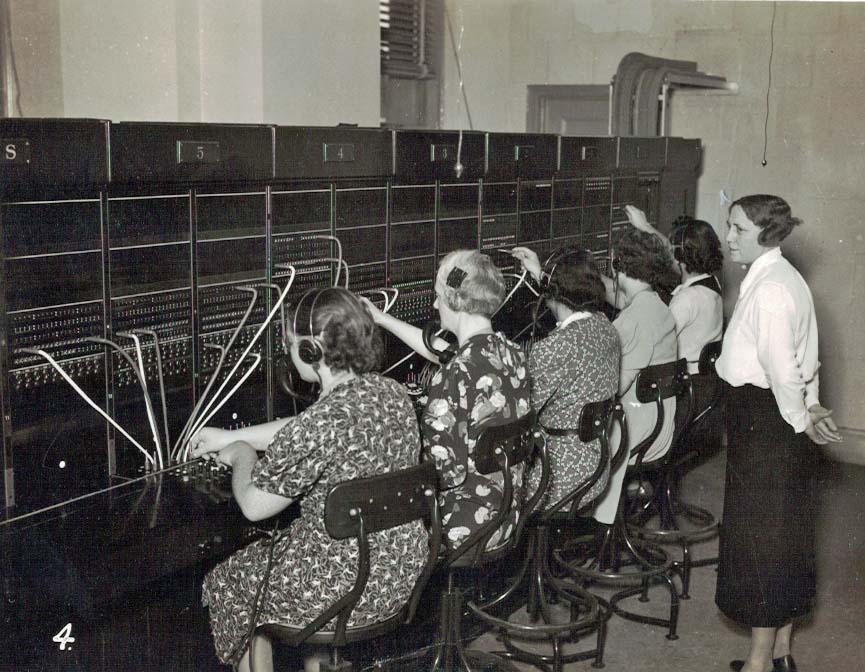 This photo shows a stark contrast in dress between the apparent supervisor, standing up with her hands behind her back, and the women working the switchboard.  In a dark skirt topped by a white shirt with cuffs, the supervisor looks like she is adopting elements of a man’s suit.  The women are all in dresses, except perhaps the one of the far right whose clothes are partly hidden.

It is hard to guess ages here, but perhaps the supervisor is in her forties.  At least a few of the women, like the one second from the left, is possibly older than she is.  The supervisor’s outfit looks old fashioned, like she adopted elements from the shirtwaist styles earlier in the century.  But she certainly communicates through her clothes just exactly who is in charge.

A Fashion Show in California, 1930
Pajama Party
Pants Party, 1934
This entry was posted in 1930s and tagged power dressing. Bookmark the permalink.

2 Responses to Power Dressing at the Telephone Switchboard, 1930s