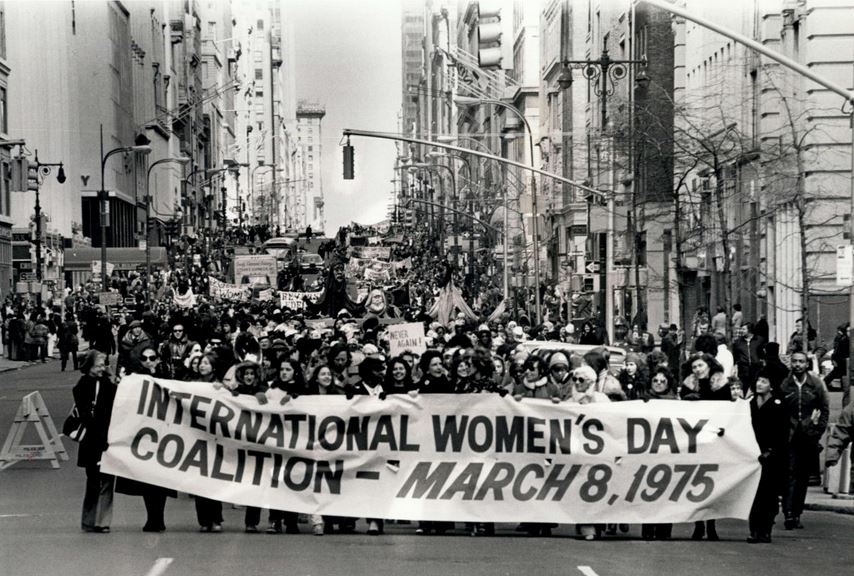 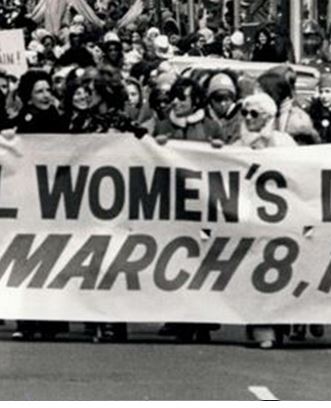 Fashion was also on the reporter’s mind. “The marchers were mostly casually dressed, exuberant young people, although there were a number of middle aged matrons in fur coats.”  I think we get a glimpse of two of those “matrons” in the detail above.  They were not the only older women in the crowd, because the Gray Panthers were one of the sponsors of the march.

What to wear to a feminist march on a cold day in 1975? Coats and hats of course, and if you look down toward their feet almost everyone appears to be wearing pants.  You can’t take that for granted in the mid-seventies.

According to Klemesrud, “The most popular chants during the march seemed to be ‘E.R.A., All the Way,’ ‘Equal Pay for Equal Work’ and ‘Money for Jobs, Not for War.’

We could still use those chants today.

The Menopot—a Record in Pictures
Pants (and Other Bifurcations) Go Mainstream, 1971
What to Wear on Elephants, 1979

This entry was posted in 1970s and tagged New York, pants, special occasion. Bookmark the permalink.