Mary Colter–Architect of the Southwest 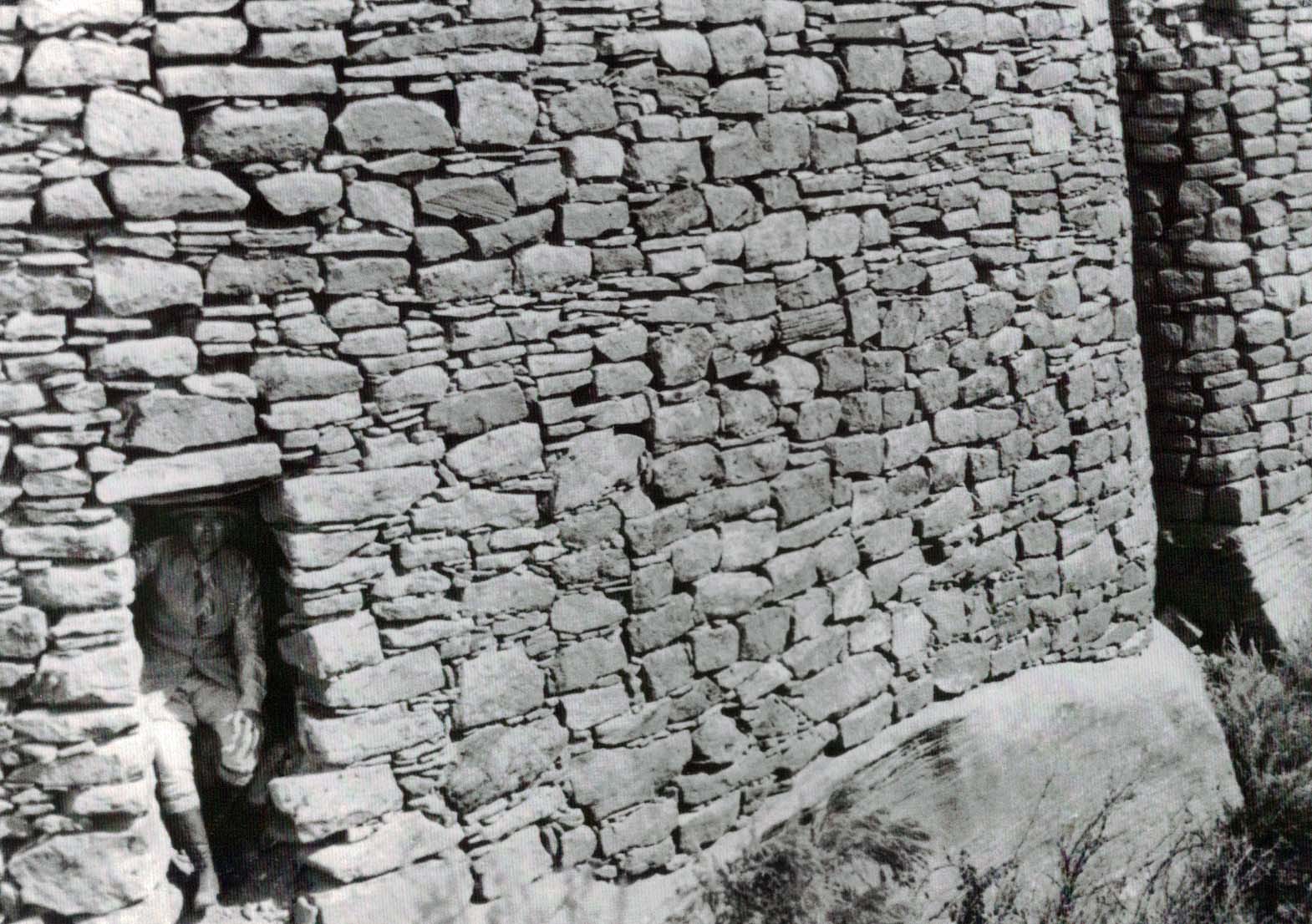 You don’t have to spend much time at the south rim of the Grand Canyon to hear the name Mary Colter (1869-1958).  She designed Bright Angel Lodge, the Hopi House, and the Lookout Studio, which fits into the walls of the canyon as if it grew there.  If you hike down to the bottom of the canyon, the Phantom Ranch is her design.  So is the Desert View Watchtower if you travel further east.

Trained as an artist, metal smith, and architect, Mary Colter had a lifelong passion for Native American culture. After art school in San Francisco, she worked as an art teacher in St. Paul, Minnesota.  She educated herself on Native American design and was considered expert enough to be hired for a job by the Fred Harvey Company, which was building hotels and train depots in the Southwest for the Santa Fe Railroad.  Her first assignment in 1902 was to decorate rooms in the Indian Building in Santa Fe.  After a few other limited assignments, she began to work full time for the company in 1910. During her long career, she decorated dining rooms, designed dishes for trains and restaurants, and built some of the best known structures in the American Southwest.

Colter was a perfectionist who did extensive research for each project.  In the words of one biographer, “She could teach masons how to lay adobe bricks, plasterers how to mix washes, carpenters how to fix viga joints.” (Frank Walters, Masked Gods.) She dressed as the work required, which often put her in pants. 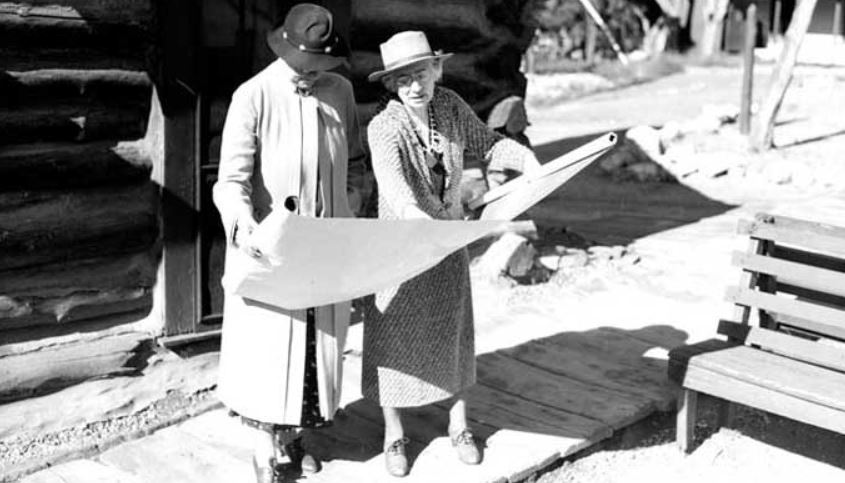 When not in work clothes, Colter dressed simply, according to one of Fred Harvey’s great grandsons.  But she loved to display her large collection of Native American jewelry. “Rings on every finger, including her thumb,” Stewart Harvey remembered. “Sometimes multiple rings on a finger, and the few times that I stared at her she would bring me over and she would comment on each ring. Each ring was a treasure.”(Mary Colter, Architect of the Southwest, Arnold Berke, 268)

Before Colter died, she made arrangements for her artifact and jewelry collections to be distributed among many museums and research centers. She wanted people to see them not as evidence of her skills as a collector, but rather as documentation of the creativity of Native Americans.

If you want to learn more about this great American architect, I highly recommend Arnold Berke’s Mary Colter: Architect of the Southwest.

2 Responses to Mary Colter–Architect of the Southwest