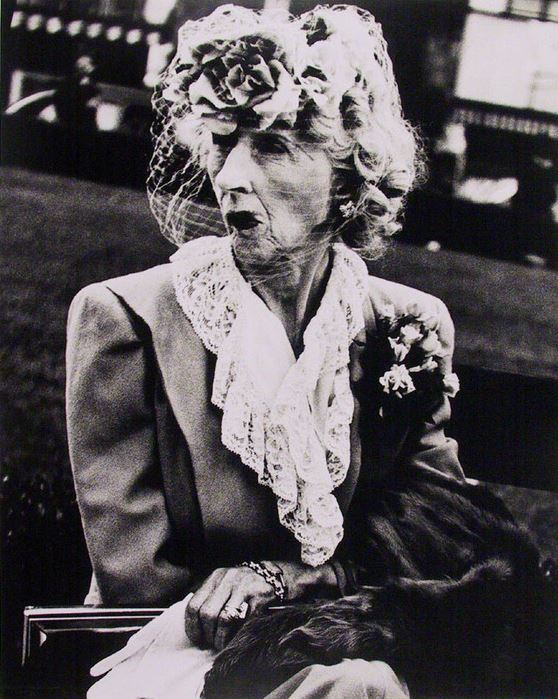 You may be forgiven for not knowing the name Lisette Model (pronounced with a long o, as in toe). She hasn’t made it onto the list of those most often cited in the American photographic pantheon. If she is mentioned at all, it is mainly as Diane Arbus’s teacher.

Model was born as Elise Seybert in Vienna in 1901. In her youth, she studied music with famed composer Arthur Schönberg. After her father died, the family moved to her mother’s native France. Her first intention was to study music in Paris, but she soon switched her interest to photography. By the 1930s she began to be published in French magazines.

In 1938, Model moved to New York with her Russian born husband, artist and graphic designer Evsa Model. She was soon recognized by luminaries in the New York photographic community.  Pictures in Harper’s Bazaar were her most regular form of income. Her photos were also included in shows at the Museum of Modern Art. In the late forties, she started a long teaching career, first at the California School of Fine Arts in San Francisco and then at the New School for Social Research in New York.

The photo above was taken in San Francisco. I was drawn to all the details of this older woman’s outfit—the hat, the corsage, the lace collar, the fur piece, and the jewelry. Where was she going, I wonder? The broad shoulders of her jacket indicate that she had not embraced (or couldn’t afford) the changes ushered in by the New Look.

The most fascinating element is the veil. Historian of photography, Elisabeth Sussman, writes: “It is the delicate netting of the woman’s veil, which reads sharply against the blurred grey tonalities of the background, that creates the metaphoric punch of the work, conveying the ultimate fragility of this woman’s hold on beauty.” (Elizabeth Sussman, Lisette Mode., London: Phaidon, 2001, 104).

Patterns of the Times
Posing for the Photographer--American Indians, 1940
On the Road, ca. 1942
This entry was posted in 1940s and tagged California, fur, hats/headcoverings, jewelry, lace, New Look, photographer. Bookmark the permalink.