The Evolution of the Slacks Suit in Montgomery Ward Catalogs 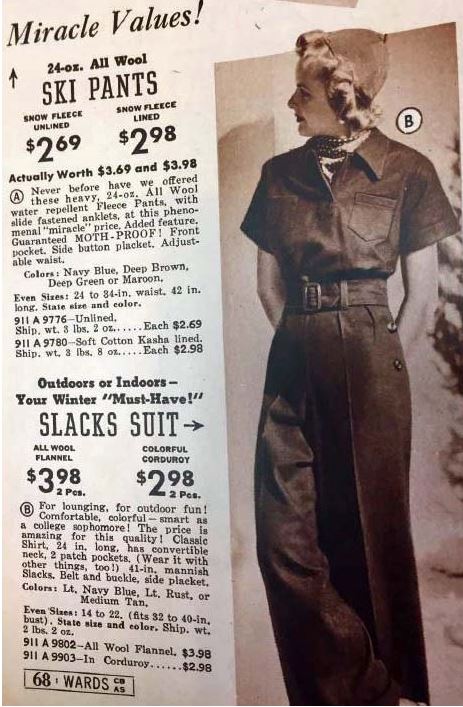 What exactly is a “slacks suit”?  It isn’t quite what we mean by a pantsuit these days, a matching pair of pants and jacket with the versatility of a man’s suit. In the 1930s, when the term emerged as a fashion concept, the slacks suit was most often a matching shirt and pant combination designed specifically for leisure wear.  Often the matching shirt had short sleeves.

I found the first mention of a slacks suit in the Montgomery Ward catalog in 1934.  The outfit came in standard misses sizes, up to a 40 inch bust, but the designs were obviously aimed at younger women.  “Smart as a college sophomore,” read the catalog copy.  The pants were described as “mannish,” but with a scarf at her neck, jewelry, and a beanie hat, the model underscored the feminine. 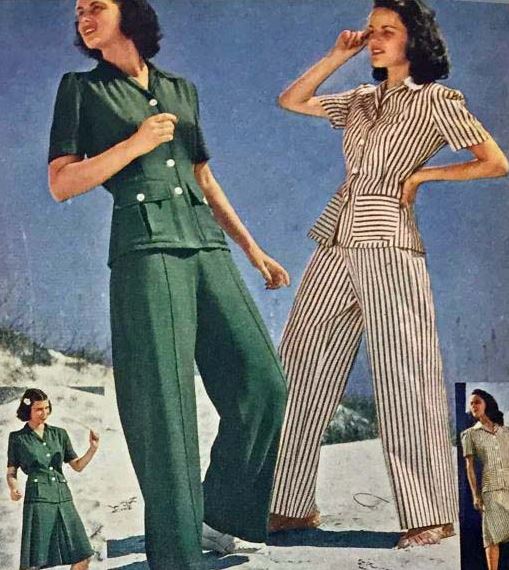 Montgomery Ward sold slacks suits at various intervals between 1934 and 1947, with offerings picking up during the war years.  The outfits above, which came with matching skirts, were described as “weekend trios.” In case you missed their playful purpose, the models were posed against sand dunes. 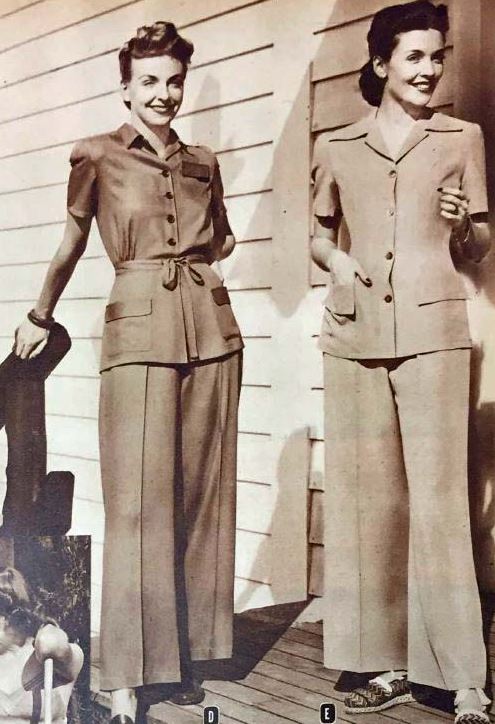 In 1942 I came across the first slacks suits in women’s sizes, with bust measurements going up to 44 inches. Apparently the audience for slack suits was expanding.  Unfortunately, the styles in larger sizes tended to be on the conservative side. No cute stripes for this group. 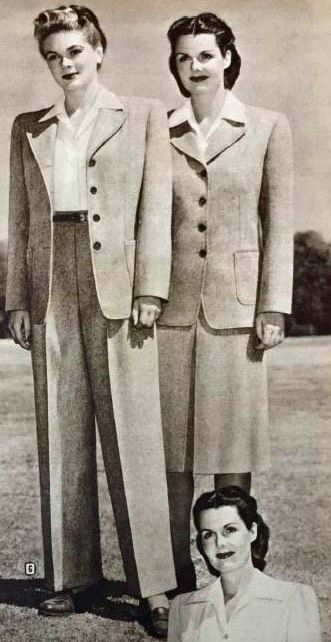 Much rarer were slack suits with matching tailored jackets, looking more like what we understand as pantsuits today. Infrequent during the war, they became more common in the immediate post war years.  They even came in women’s sizes. Where were they worn?  They seemed to promise a broader range of places where pants were acceptable attire.

This entry was posted in 1930s, 1940s and tagged pants, pantsuits. Bookmark the permalink.