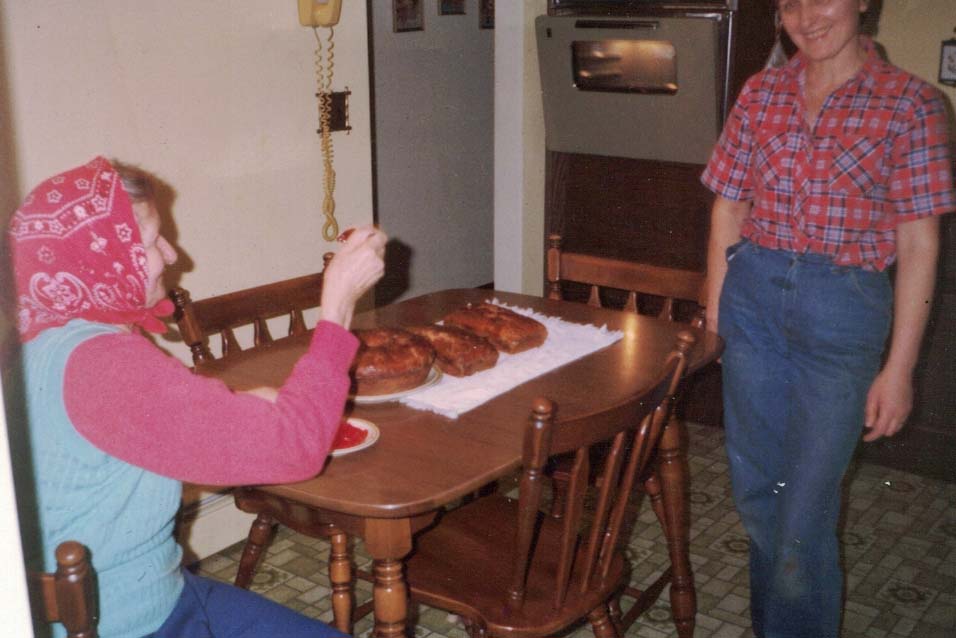 This photo will certainly win no prizes for artistry, since one woman’s head is cut off. It’s not even clear what the intended subject is—the cakes? the kitchen set? the jello? Nonetheless, I snatched it up from a favorite ebay dealer because of the woman on the left. This is the most recent sighting I have of an older woman in a kerchief. 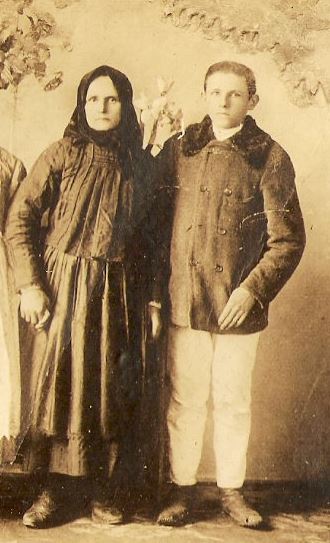 I associate kerchiefs with immigrant women in the early twentieth century, especially those coming from Eastern Europe. Their headgear set them apart from their daughters, who were eager to adopt mainstream styles.

Women who headed into industry during the Second World War also used kerchiefs to keep their hair out of the way while they operated machinery, as can be seen in the Jack Delano photo here. Then it was usually wrapped behind the head and tied on top, so there are no dangling strings at the neck.

Perhaps in my 1982 photo the woman had come in after working outside, not bothering to take off her kerchief before enjoying a bowl of jello. Her middle aged companion, maybe her daughter, looks quite at home in jeans. 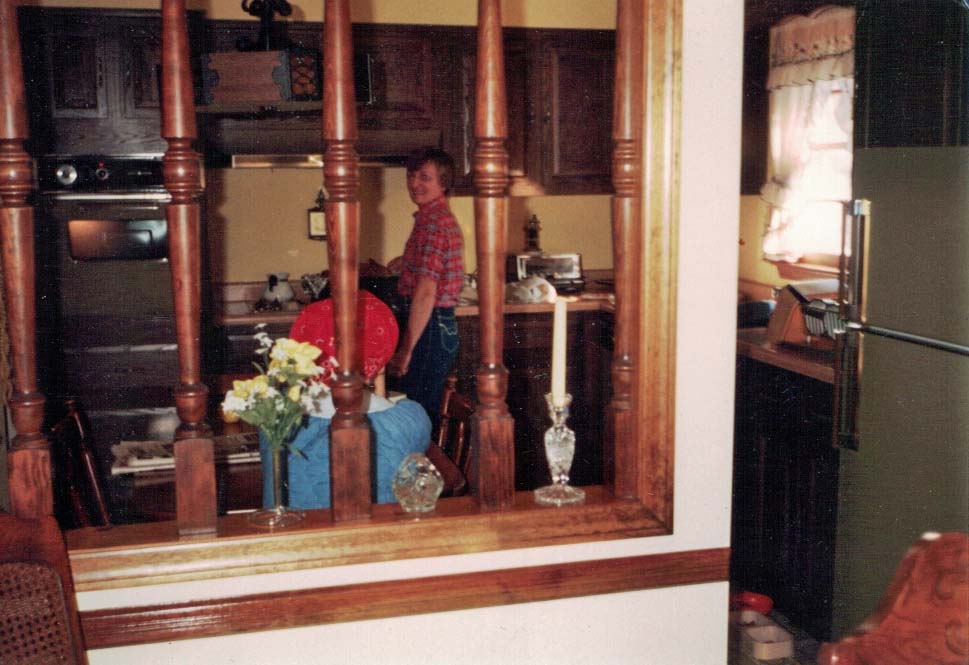 In this companion shot, we can document the history of the American kitchen. Note the avocado green oven matched by an avocado refrigerator, a color choice that peaked in the seventies. By the time these photos were taken, they were already going out of style.