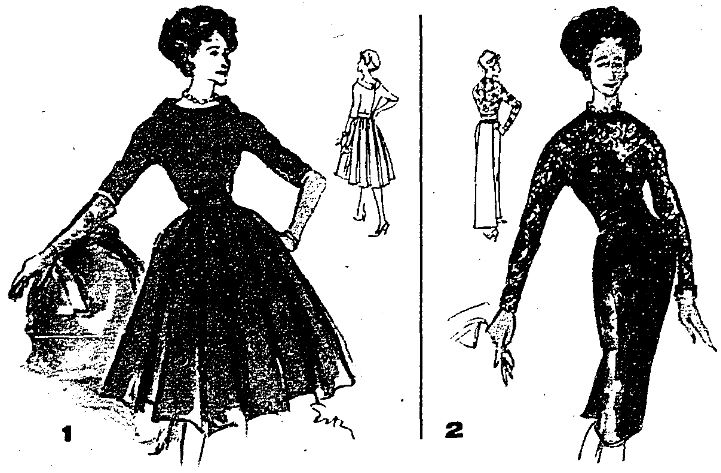 In the fall of 1959, the Duchess of Windsor began putting out sewing patterns under her name for the Spadea pattern company. The first offerings were a set of six rather fancy styles: three cocktail dresses, one day dress, one Chanel-esqe cardigan suit, and a coat. They were advertised in newspapers with drawings that looked like the Duchess—a very slim, no-longer-young woman with dark hair and big pearls. By the 1960s, Spadea dropped the Duchess as their model, using much younger looking women in their drawings.  The patterns made good newspaper copy and were mentioned in many interviews in the 1960s. The very last Duchess pattern I found was from 1972.

Did she design them herself? A reporter in the New York Times noted that she didn’t have the skills to make patterns. “Endowed with taste, although lacking technical skills, the Duchess communicates her designs verbally to the company’s owner, James Spadea, and his wife. Sample suggestions: why not try buttoning a Chanel suit on the side, like a dentist’s jacket?” (“Windsors to Celebrate Silver Anniversary, New York Times, June 1, 1962) Perhaps the pattern below was the result. 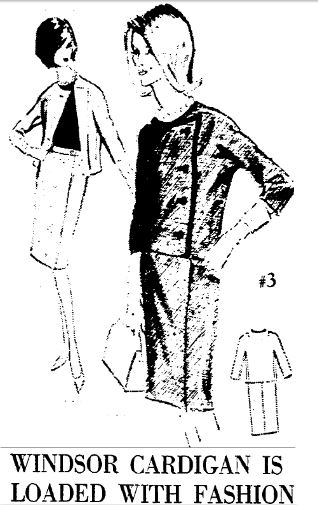 In a conversation with Lizzie Bramlett, the Spadeas’s daughter, Anne Spadea Combs, confirmed that the ideas for the patterns all came from the Duchess. Her many biographers note her interest in dress design. She determined the shape and fabric of her first (of three) wedding dresses and several other outfits for important occasions.

It would be wonderful to get our hands on the sales figures for the Spadea company. Did the Duchess “brand” attract more buyers than the patterns of designers like Claire McCardell? Certainly the company’s ad copy cashed in her title. “The ladies adjusted their lorgnettes to see what the Duchess was wearing as she slipped off her coat… It was this beautifully shaped two piece dress.” (The Duchess of Windsor Patterns, Spadea Patterns, no date). References to the Duchess’s “aristocratic” taste and long term standing on the Best Dressed list suffused these descriptions.

Although the Duchess was well into her sixties when she began working for Spadea, her patterns gave little attention to the changing shape of the older body. Most were offered in standard ready to wear sizes. The pattern book I have contains 45 different designs, but only three came in larger half sizes. 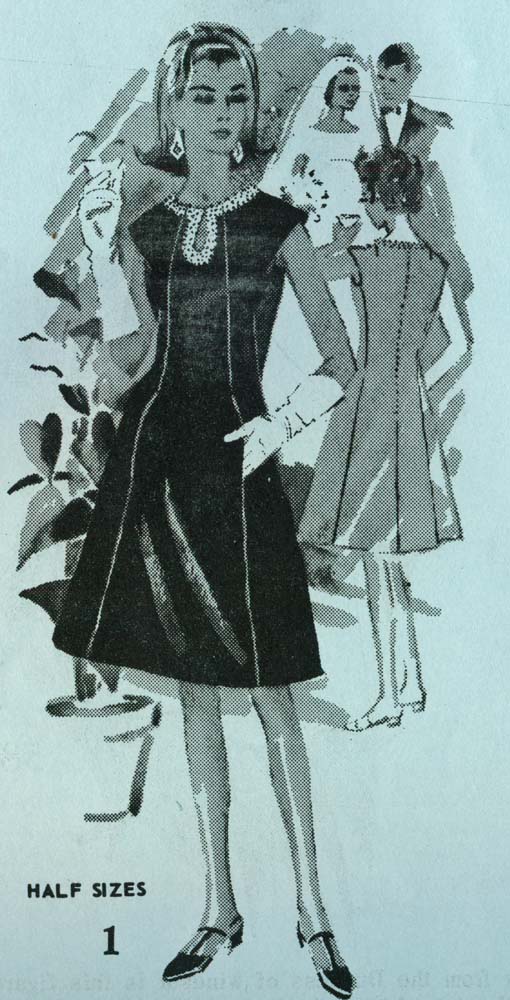 The Duchess of Windsor Patterns

Was there a distinctive “Windsor look”? I have only seen a fraction of the estimated 200 to 300 patterns she did for Spadea, so I don’t have all the evidence. But based on what I have seen, there are certain reoccurring elements. Many have pockets, something I favor myself. She often placed them cleverly inside of princess seams. In fact, so many of her outfits had princess seams that I wondered if this was another way that she tried to lay claim to royalty.

This entry was posted in 1950s, 1960s and tagged older icon, sewing. Bookmark the permalink.

7 Responses to Duchess of Windsor Patterns