Dress and Culture in the Great Migration 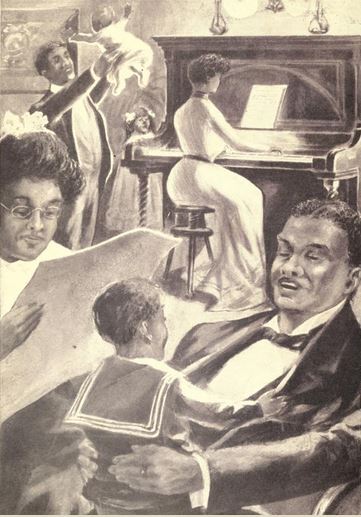 In her sweeping study of the migration of African Americans from the South to the North, The Warmth of Other Suns, author Isabel Wilkerson compares the experience of black migrants from the rural South to that of immigrants from foreign countries. Like other newcomers, they needed to learn new customs in order to succeed. They also needed to get new clothes.

But how did they figure out the rules? That is one of the topics in Ladies Pages: African American Women’s Magazine and the Culture that Made Them by Noliwe M. Rooks (New Brunswick NJ: Rutgers University Press, 2004.) One fascinating example is the Half-Century Magazine begun in Chicago in 1914. It featured black women on its cover and published articles on correct dress in the city using black women as models. The journal even offered a shopping service: “If you do not live in a large city with a great variety of shops, you cannot always buy whatever you want. The Half-Century Magazine with its offices in the center of Chicago’s shopping district and with Miss Jane Hudson on its staff can always help you.”(75) Ads offered “Smart Fashions for Limited Incomes.”

One of the promises of this advice literature was that of a dignified old age. The image that Rooks uses on her cover, reproduced above, comes from Golden Thoughts on Chastity and Procreation by Professor and Mrs. J. W. Gibson. They charted a path to the prosperous black home where everyone would be well dressed and cultured. In this image, the stylishly dressed mother plays the piano; the grandmother, with her old-fashioned head covering, has time to read in leisure. 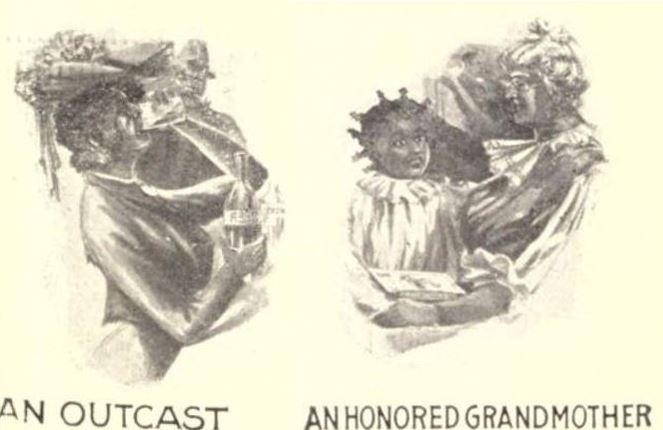 Another illustration in Golden Thoughts makes the point even more forcefully. Women who did not stay on the straight and narrow would end up drinking on the street; those who did would find a central place in the family hearth.

This entry was posted in 1900s, 1910s and tagged advice literature, African American. Bookmark the permalink.

2 Responses to Dress and Culture in the Great Migration