Marching for the Equal Rights Amendment in Florida 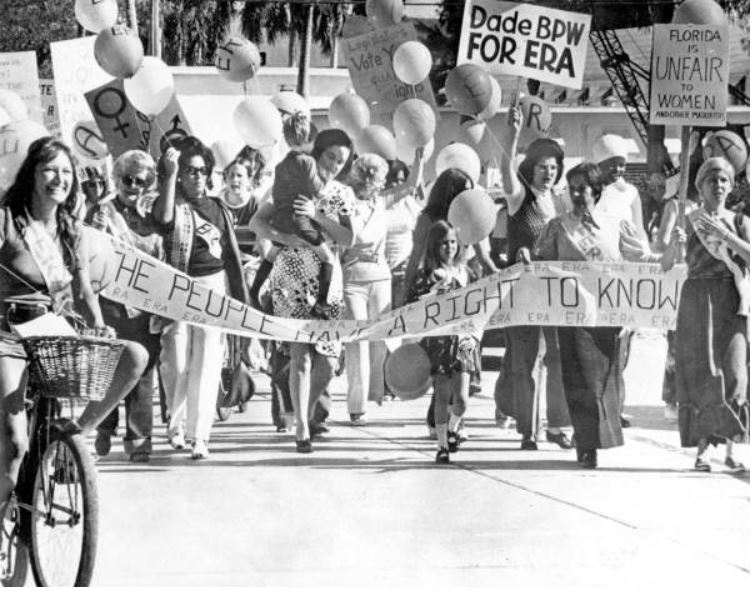 In 1972, the US congress passed an Equal Rights Amendment that was sent to the states for ratification. It never won the requisite number of state endorsements for inclusion in the constitution. In Florida, the struggle for state approval went on for over a decade. This undated photograph from Florida Memory could come from just about anytime during the 1970s.

There’s a broad range of ages in this photo, from young children to older women. Just about every kind of clothing is represented as well. I think the long maxi skirts on the right are an odd choice for marching.

To the left of Cherry is a sixty- to seventy-year old woman with big sunglasses and big hair.  Is she wearing jeans with wide turned up cuffs? If so, this would be an early sighting of this classic American style on an older woman outside of a work or leisure environment. But if they aren’t jeans, she is part of a general trend toward wearing pants instead of dresses in the 1970s.

2 Responses to Marching for the Equal Rights Amendment in Florida