Book Review—Dress Like a Woman: Working Women and What They Wore 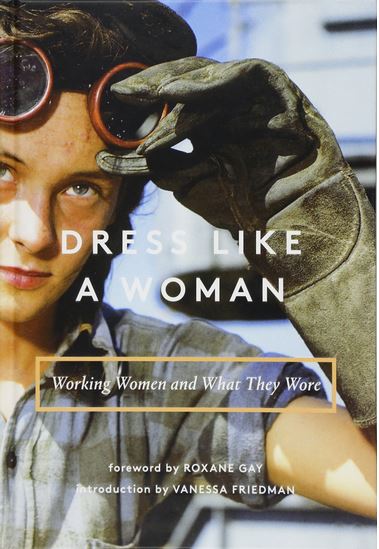 I was attracted to this book by the two big names on the cover, feminist scholar Roxane Gay and the New York Times fashion critic Vanessa Friedman. Gay wrote the foreword, a brief examination of the many laws and customs that have limited how women have dressed over the ages.  Friedman’s introduction, also quite brief, touches on the cultural shifts influencing women’s clothing.

The body of the book is a collection of photographs from the nineteenth century to the present, sourced from all over the world.  Who chose them? How was the order determined?  There is no text to answer these questions, nor is there a clear chronological or geographic organizational structure. Three editors’ names appear in very small print hidden before the title page—Sarah Massey, Ashley Albert, and Emma Jacobs.  I assume they did the heavy lifting in selecting the photos.

As a person who appreciates structure, I found the book frustrating. Why does the artist Lee Krasner’s 1981 photo appear next to a nameless factory worker in Bangladesh in 2016? What was the logic of making a composite picture of a German gas station worker (1961), an American stripper (1935), a Burmese producer seller (1961), and an American disk jockey (1951)? 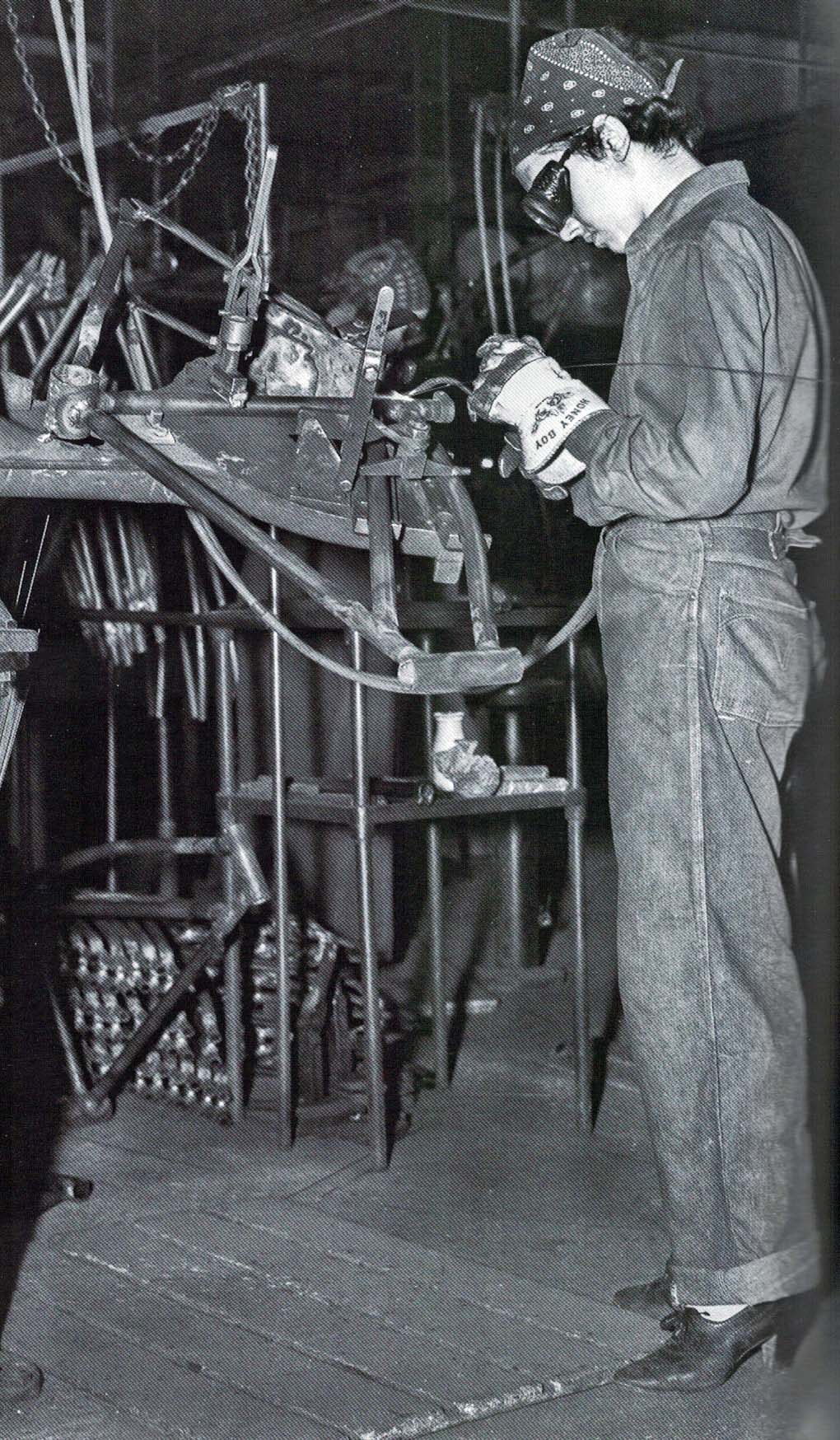 A bicycle frame manufacturing plant in Chicago, 1937. Click to enlarge

However, the book does include fascinating photos of American women wearing pants to work long before World War Two. The common narrative is that pants were mainly for leisure until women took on factory work in large numbers in the forties.  Numerous photos of mail carriers, railroad workers, roofers, volunteer fire fighters, and others from the teens through the thirties suggest a different story.  Unfortunately we don’t know if these were unusual examples or well-chosen representatives of a wider trend. Was the woman pictured above who wore jeans and fancy shoes to her job at a bicycle factory in 1937 a rare bird or conforming to a dress code? The editors might have been able to say had they had cared to speak.

These caveats aside, if you are looking for interesting photos and love unusual juxtapositions this might be a book for you.  My suggestion—thumb through it in a library or bookstore before you commit to buy.

Judy’s—A California Store for Young (and a few Older) Women
The Ebell Club of Los Angeles, 1927
Without Words
This entry was posted in General and tagged book review, pants, pantsuits. Bookmark the permalink.

4 Responses to Book Review—Dress Like a Woman: Working Women and What They Wore