How New was the “New Look”? 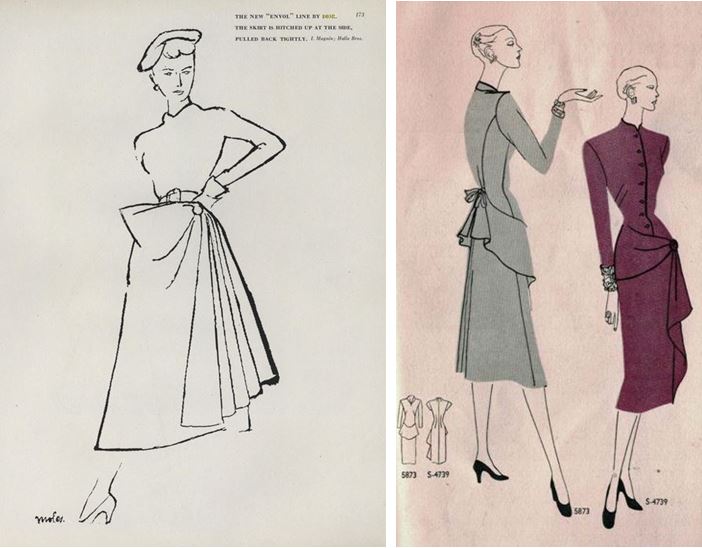 In many fashion histories, the “New Look” introduced by Christian Dior in 1948 is portrayed as nothing short of a revolution.  With his famous collection featuring soft shoulders, nipped waists, full skirts, and longer lengths, he singlehandedly ended prevailing World War Two styles featuring boxy shapes and shorter skirts. 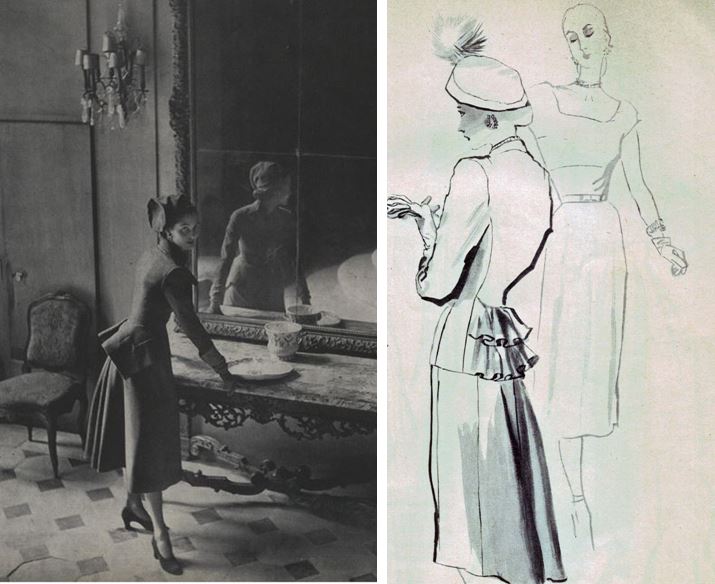 But how new were these ideas? I recently bought the October/November 1946 issue of Vogue Pattern Book and could see clear antecedents to Dior’s style upset.  While it is true that skirts weren’t as long as two years later, and shoulders were still fairly broad, there was an obvious nipped waist and a real emphasis on the hips. Skirts were heading down as well.  And while I saw no big full skirts in 1946, Dior’s collection two years later included slim suits as well.

In this overview of the essential new elements of 1946 style, there are several details that would disappear two years later, particularly the normal armhole, with its well padded shoulder. However others, like the padded hip, became a central element of Dior’s New Look.

I write this on November 7, 2017, exactly one hundred years after the Bolshevik Revolution.  I studied this event for most of my adult life.  At first I was attracted to the ruptures that it caused, but the more I looked the more continuities I could see.  Revolutions aren’t built from nothing, not even fashion revolutions.

This entry was posted in 1940s and tagged designers, sewing. Bookmark the permalink.

5 Responses to How New was the “New Look”?