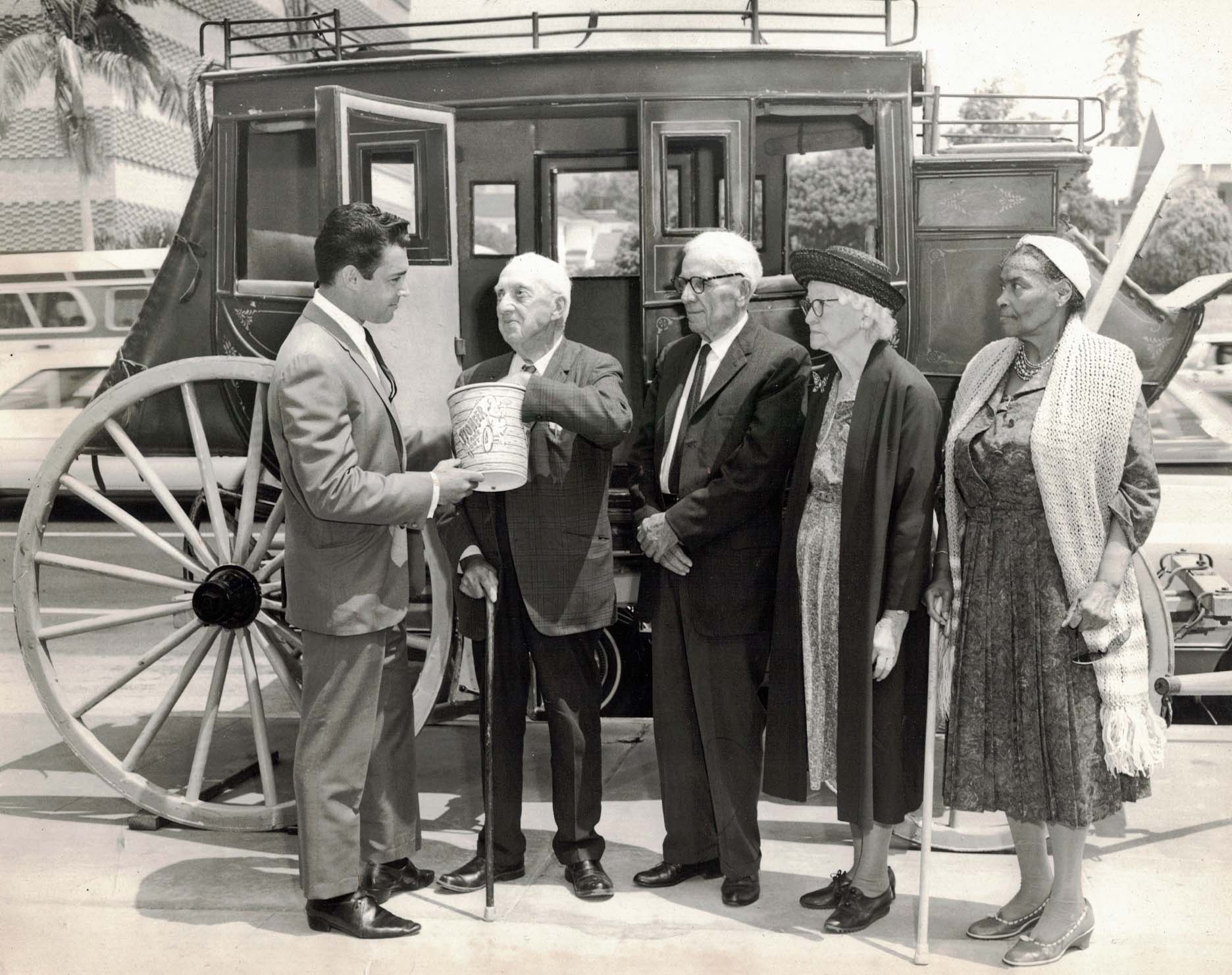 Judging by the one young man and the glimpses of cars and architecture in the background, I am guessing that this photo was taken sometime the mid sixties. This flea market find was most likely a press photo for a charity event. The seller told me that the man in the middle was possibly Walter Knott, founder of Knott’s Berry Farm and head of the Orange County John Birch Society.

But I am here about the women.  If it is the sixties, their clothes are nowhere near in style. Their skirts are too long and their dresses follow the shirtwaist silhouette of the previous decade.  While their clothes did not keep up with the times, their bodies show typical signs of aging.

The African American woman on the right has very large chest, what used to be called a “matronly figure.”  Her breasts have dropped and her waist has risen. By the gap in her buttons, you can clearly see that the dress does not fit correctly.  She perhaps could have gone up a size for a better fit on top, but then the waist probably would have been too big.

The white woman in the middle has forward sloping shoulders.  If we could see her back, I would not be surprised to find a widow’s hump.  Her sloping shoulders and posture give her chest a sunken look.  Even though she is thin, she has a “menopot.” I’m guessing that she bought her dress to fit her waist, and then ended up with lots of extra fabric on top.  Her coat looks like it is pulling forward because of her extended back.

You might just overlook these two as old fashioned women, but if you can see beyond their clothes you can discover similar body shapes around you today. That’s why many older women say that their clothes don’t fit–and it’s a really good reason to take up sewing.

This entry was posted in 1960s and tagged African American, body types, California. Bookmark the permalink.