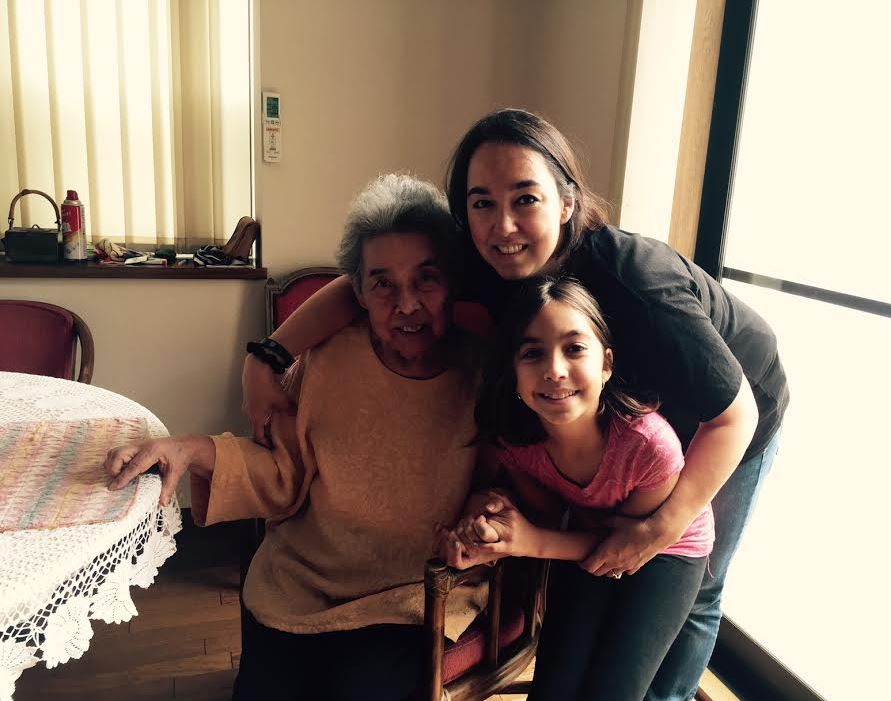 Koko Beall with her daughter and granddaughter, Tokyo 2015

When I wrote about a favorite Vogue Pattern designer Koko Beall in 2014, I didn’t know whether or not she was still alive. Through the magic of the internet, her daughter Victoria Beall found my post. She sent the happy news that her mother was living in Tokyo and shared these details about her life in fashion design.

Born in Tokyo 1931 as Koko Usui, she studied at the Sugino Fashion College in Tokyo. When she came to the US, she felt that the best way to get a good job was to attend an American design school. She went to Parsons in New York and got her first design job at Vogue Patterns in 1961. After a brief stint outside the company in the late seventies, she returned and was named Design Director in 1981.

Koko Beall’s husband, Joseph, had a long running interest in Japan. He had started to teach himself Japanese already as a child. Together they had one daughter (he had two grown daughters from a previous marriage). Victoria told me that a Japanese student lived with them and helped with childcare during her early years.

Beall became known to the sewing world through her Very Easy Vogue Patterns, her own idea right down to the name. She knew that Vogue patterns had a reputation for being difficult, so she wanted to create designs that were not so intimidating. Although many designers were featured in the series, she is the only Vogue Pattern employee to get her name on the pattern envelop. 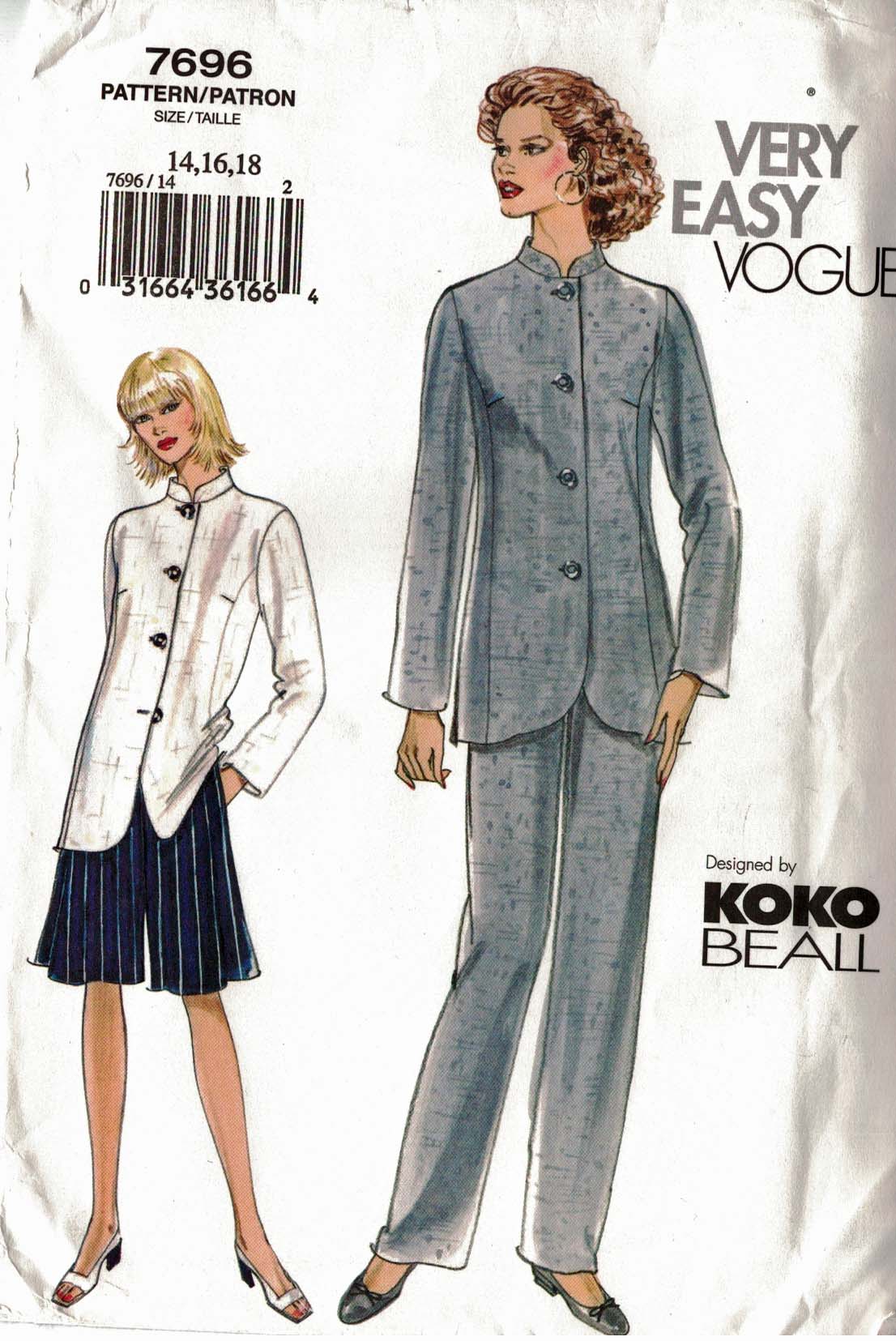 A Koko Beall pattern in my stash

For a few years, Beall had her own clothing line through the well known Japanese apparel conglomerate Onward Kashiyama. Her clothes were sold at Mitsukoshi department stores in Japan.

Koko Beall’s husband died in 1987. She retired from Vogue Pattern in the nineties and began spending half of her time in Japan. In 2002, she suffered a stroke and moved to Japan full time for speech therapy.

Victoria had this to say about her mother’s fashion sense. “Her work style was very simple, classic. She generally wore a black knee length straight skirt with black tights and white blouse. I remember her dress code very well. At home even after retirement she wore a lot of kaftans. They were comfortable and easy to wear.”

And what style advice does Koko Beall have for older women today? In her view, age doesn’t matter. Women should choose their clothing based on color. Her own preference is for black and white with a spot of color. Perhaps we can see that aesthetic at work in the photo above, where she wears what looks like an interesting light textured sweater with dark pants.

Koko Beall—thank you for many years of sewing pleasure!

A sad postscript.  Victoria Beall wrote to say that her mother passed away on February 29, 2016.  However, she did see a draft of this post and was happy to know that she was remembered in the sewing world.  Rest in peace, Koko Beall.