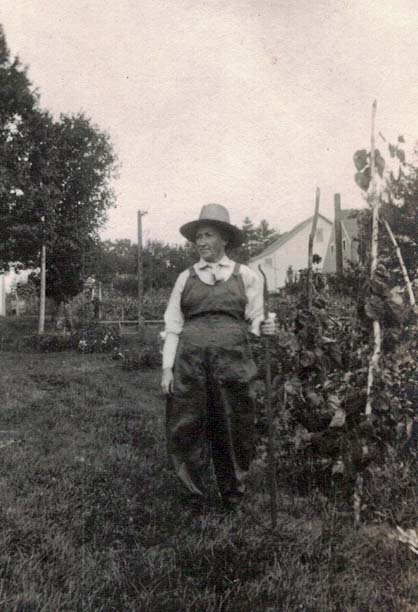 Written in a tidy backhand at the bottom of this photo is “Mrs. Randall.” I have no idea who she was or where she lived, but I was immediately drawn to the overalls she has put on to work in her garden. Although Mrs. Randall might not be in her fifties, she is certainly not young, so I’ll count this as a rare find–a photo of an older woman in pants from the first half of the twentieth century.

The overalls look to be from the late 1910s, although maybe she has kept them many years as her special gardening outfit. You can see the same gathering at the cuffs in these 1918 offerings from the Sears catalog. 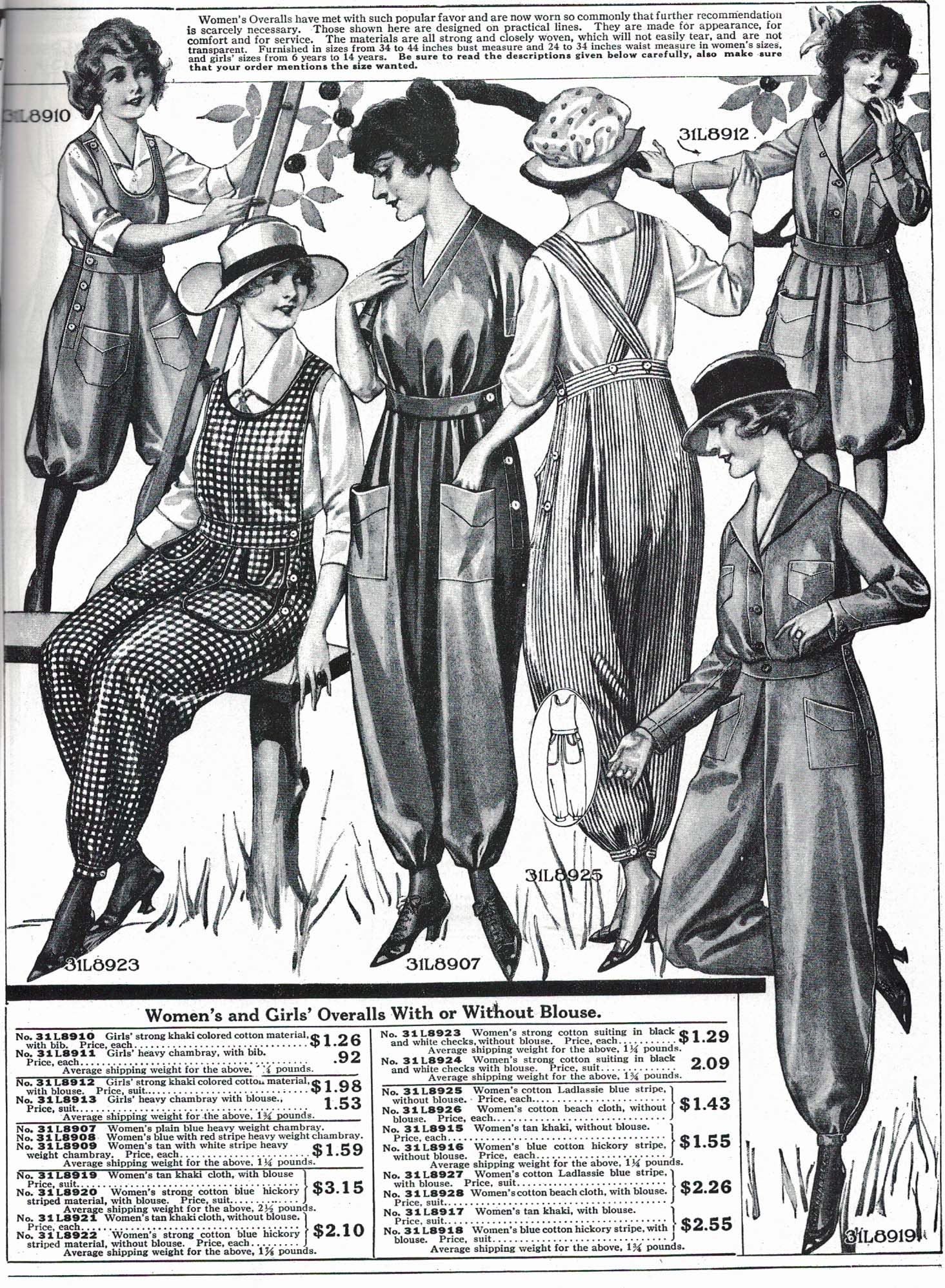 The bib looks similar to these overalls used for women in the British Land Army during World War I. 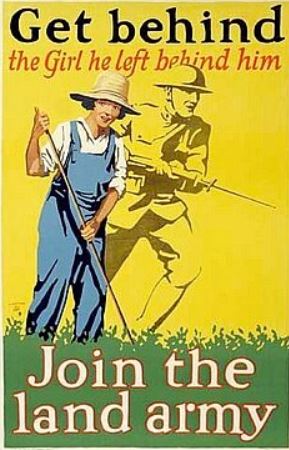 There are several androgynous elements in Mrs. Randall’s style. In addition to the overalls, she wears a tall wide-brimmed hat with no visible trimming and what appears to be a loose tie at her neck. Her skin looks quite tan, as if she spent a lot of time outside in the garden. Aren’t these overalls the most practical thing for a hardworking woman gardener to wear?

A Skirt with Fur Trim, mid 1910s
Mary B. Talbert, Feminist Icon
A Uniform for the Old--A Lace Collar on a Black Dress
This entry was posted in 1910s and tagged pants. Bookmark the permalink.

4 Responses to Mrs. Randall in Overalls