The Caftan and the Older Woman 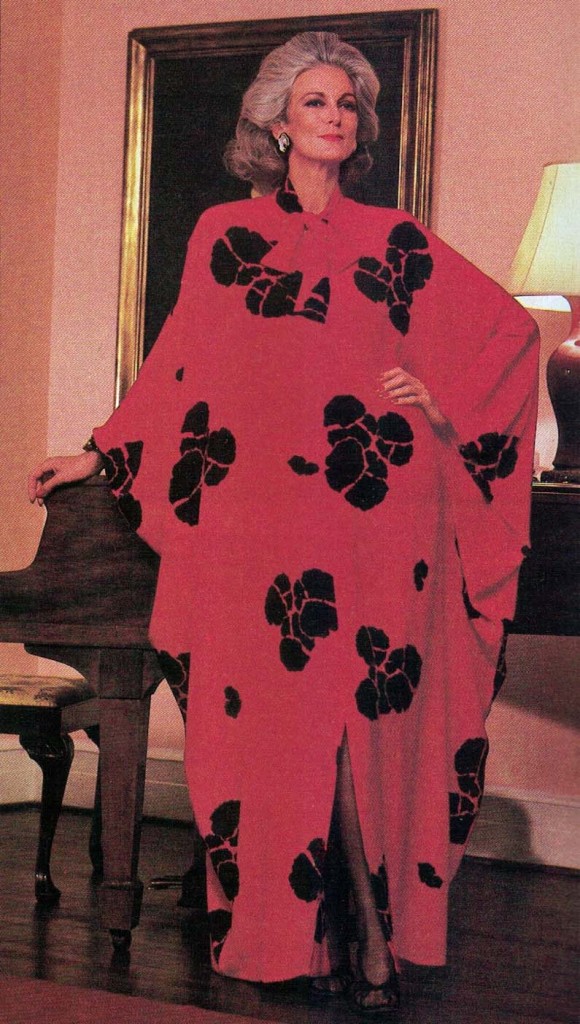 These days, older women who have a little flesh on their bones are advised to steer clear of roomy dresses like caftans. Wear clothes that skim the body, the critics say, not ones that take up a lot of space.

But this wasn’t always the case. In 1981, Arlene Dahl, actress turned designer for the older set at Vogue Patterns, recommended “the Djellabah, most glamorous of caftans,” for women who wore larger sizes up to size 22. It’s worth noting that the woman chosen to model her creation was the tall and thin model Carmen Dell’Orefice, who had just turned fifty.

According to Nicky Albrechtsen in her new book, Vintage Fashion Complete, the caftan (she spells it kaftan) became popular in the 1960s as part of the global bohemian trend in Western fashion. It remained in style through the 1970s. Arlene Dahl’s appropriation of the design for Vogue might be an example of older women taking a longer time to adopt trends. Then again, it might be a recognition that this style could be supremely comfortable for anyone who didn’t like tight fitting clothes. 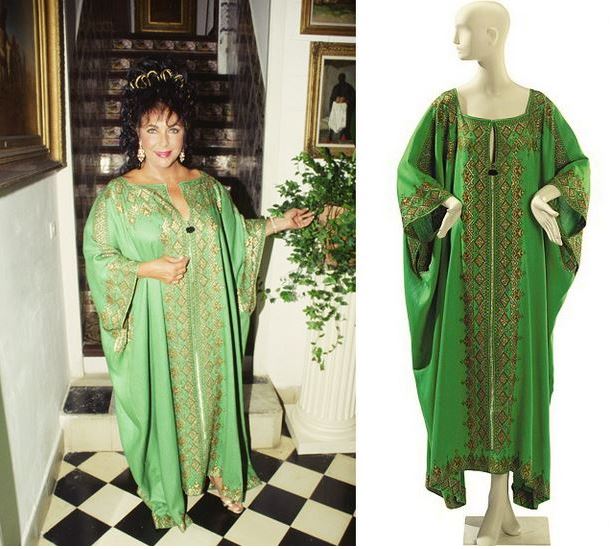 One woman noted for her enduring love of caftans was Elizabeth Taylor, who wore them from the 1960s until she died in 2011. Her collection, with many by noted designer Thea Porter, went on auction at Christie’s after her death. 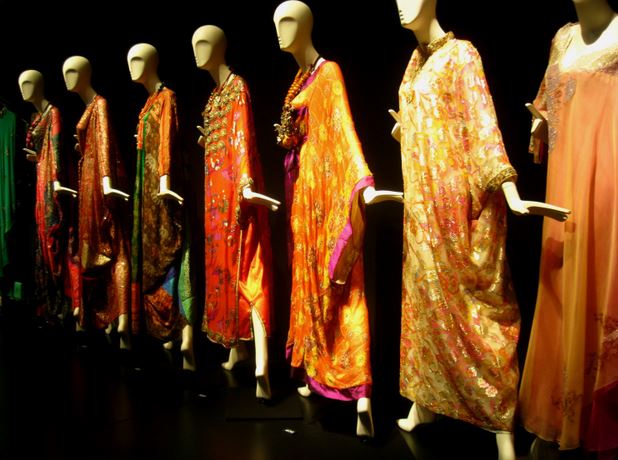 Although in general I don’t wear dresses, I might have made an exception for that glamorous deep orange caftan in the middle.

Book Review: The Art of Dressing by Tziporah Salamon
The End of Half Sizes
Book Review: Toss the Gloss by Andrea Q. Robinson
This entry was posted in 1980s, 2010s and tagged sewing, special occasion. Bookmark the permalink.

3 Responses to The Caftan and the Older Woman