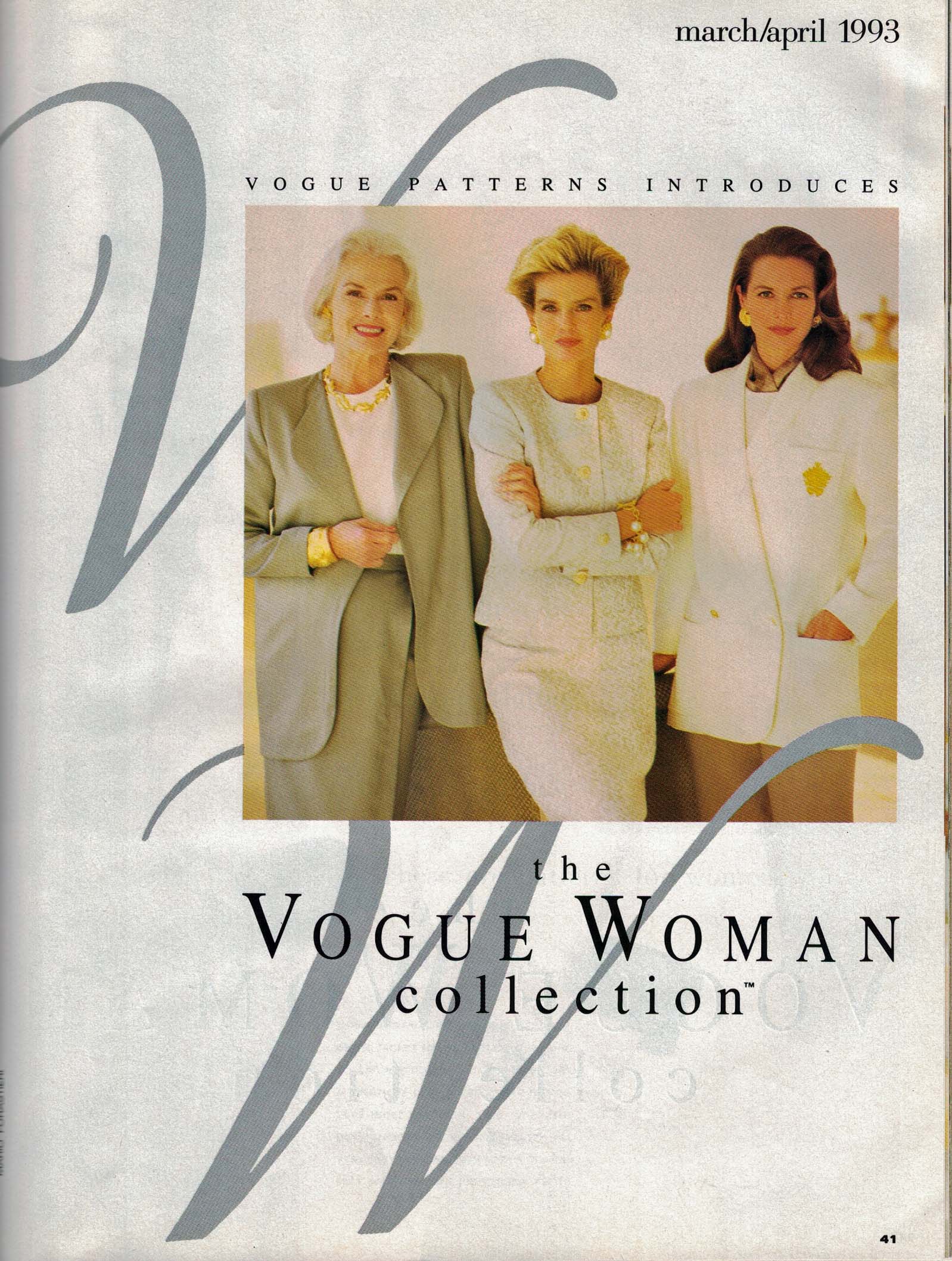 At various points in its long history, the Vogue Pattern Company turned its attention to its older customers. However, it was only in the 1993s that it launched a pattern line designed specifically to address aging figures—the Vogue Woman Collection. “Generated by the largest consumer interest to date, this collection addresses the fashion and fit concerns of the modern woman who is 40 and older.”(Vogue Patterns, March/April 1993, 34)

What made this pattern line different different?  First of all, the directions were printed with larger type, something I’m sure that older readers appreciated. The patterns themselves had features designed to fit older bodies. These included adjustments for lower bust lines; sleeves with a looser fit; more neckline coverage; attention to rounded backs; waistline skimming silhouettes, along with elastic insertion in most waistbands; and lower body camouflage, including long tops over narrow bottoms.  The magazine claimed that its examples of finished garments would give older women ideas about the softer surfaces and hues that “play[ed] up greys and silvery hair shades.”(95)  They were offered in sizes from 8 to 24.

The magazine used three models to exemplify the age range of the new patterns, with the brunette on the right showing the clothes on 40ish women, the dyed blond in the middle representing women in their fifties, and the silver haired woman standing in for those in their sixties and beyond.  The oldest model, Lillian Marcusson, appears to carry a little more weight around the middle.  She was singled out in the write up of the new line, including a feature on how she prepared for the photo shoot. 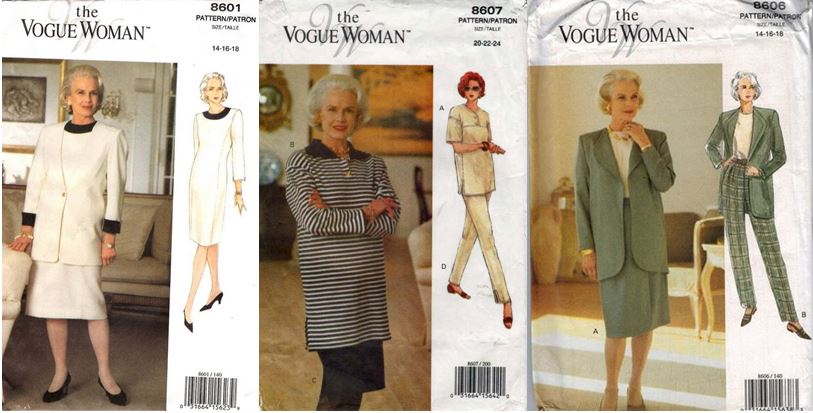 Several of the pattern envelops also featured Marcusson on the cover, offering the promise that these patterns really were designed with the older woman in mind.

The last reference I have to the Vogue Woman Collection is from 2004.  This summer, I’m hoping to get permission to work in the archives at McCalls Patterns, which owns Vogue, Butterick, and McCalls. I have a lot of questions to investigate, including just when (and why) this collection ended.

Time Stands Still
Bad Hair Day? Try a Turban
Women Get Weary but They don’t Give Up, 1991
This entry was posted in 1990 and tagged sewing, sizes. Bookmark the permalink.

1 Response to The Vogue Woman Collection