Rosa Parks–A Lady and a Rebel 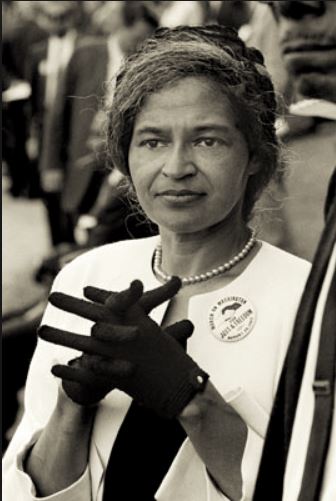 The common school book story of Rosa Parks (1913-2005) is incorrect. She was not an unassuming, weary seamstress who one day got mad and refused to move to the back of the bus. Instead, she was a longtime activist in the fight against segregation. These insights into her life history are emerging once again as the Library of Congress makes public a large collection of her manuscripts and photos. 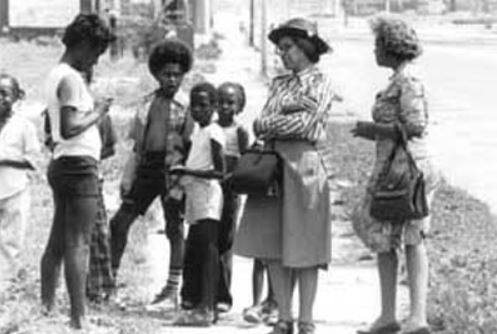 Parks, second from right, at work in Detroit in 1976. Photo by Andrew Sachs

But perhaps Parks’ lady-like appearance contributed to the old story. She wore the same hairstyle for decades, her long hair pulled back and braided on the top of her head. Despite changing fashions she kept her sense of proper attire, which included a hat and gloves for dressy events. I have never seen a photograph of her in any kind of casual clothes; even in the depth of the Detroit winter she wore dresses instead of pants. 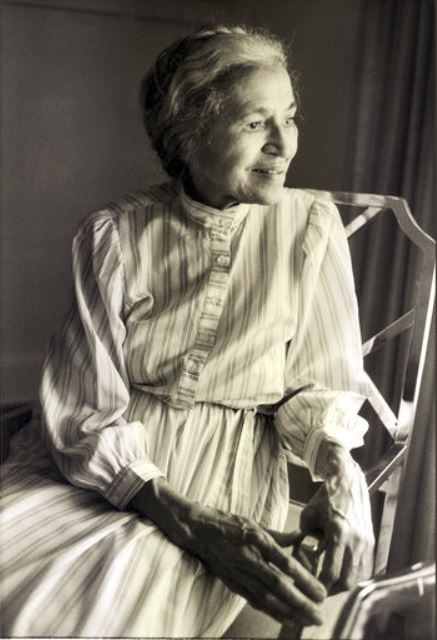 These days we tend to think that people wear their hearts—and their ideologies—on their sleeves. We imagine that we can separate artists from accountants at a glance. But Rosa Parks reminds us that isn’t always the case. She didn’t look like a rebel, but she was one.

4 Responses to Rosa Parks–A Lady and a Rebel