The Gracious Lady from Sears 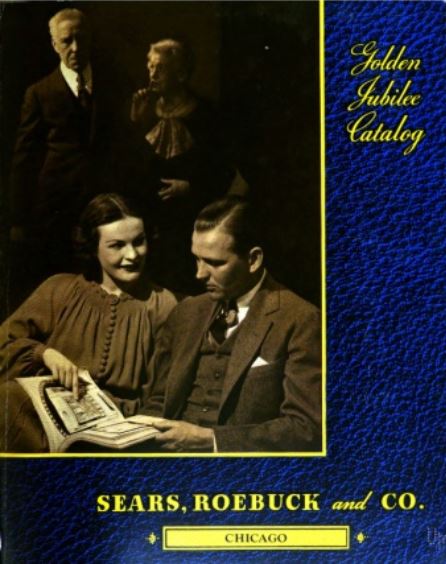 A key item on my research wish list was to find a searchable version of the entire Sears catalog on line. And now I have, for a price. The extensive website Ancestry.com, used by genealogists everywhere, has just acquired a digital version of all issues from 1896-1993. I thought the $20 monthly fee was very reasonable, especially since entire Sears catalogs are hard to find, and very expensive if you want to buy them.

My quest was to discover the origins of the Sears “Gracious Lady,” the term the company applied to clothing and accessories aimed at older women from the 1930s to the 1960s.  She first appeared in the fall 1936 anniversary issue, marking fifty years of the catalog. The cover featured a young couple leafing through the catalog, with an older couple in the background. Inside the model who had posed to the cover, one Anne Williams, discussed her outfit. “For the cover I chose this charming Trimline dress.” It came in purple, navy, or black in bust sizes up to 50 inches. The collar had a detachable jabot. According to the ad copy, “The dress itself is becoming alike to the young and not so young.” And Sears kindly goes on to recommend a hat to complete the outfit. 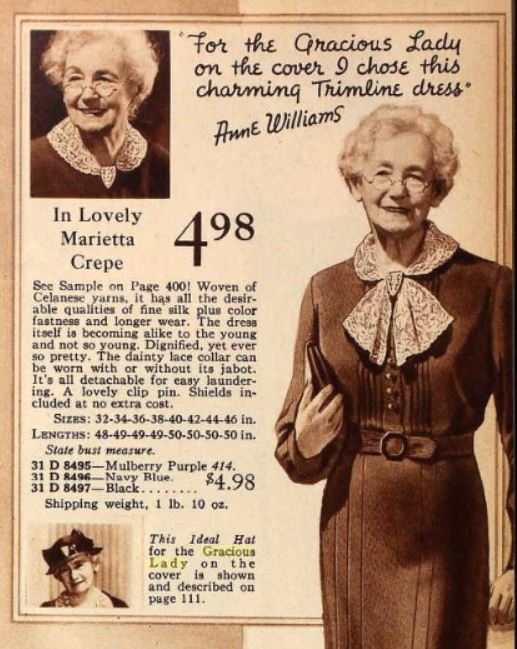 She appeared once more in the Jubilee issue to sell more lace collars. Once again the text emphasizes that these recommendations were not just for the older set. “My daughter seems to like it too, for she has borrowed it several times when I need it most.” 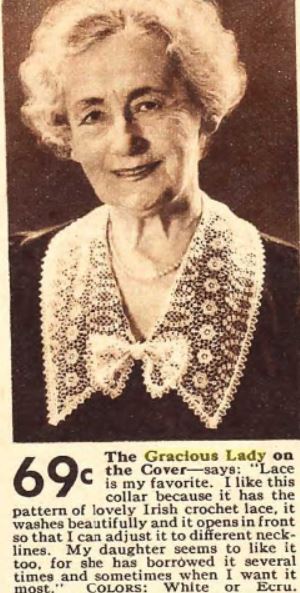 In future issues the “Gracious Lady” became a clothing type, not a real woman with a name. Stay tuned for more.

This entry was posted in 1930s and tagged advertising, terminology. Bookmark the permalink.

4 Responses to The Gracious Lady from Sears