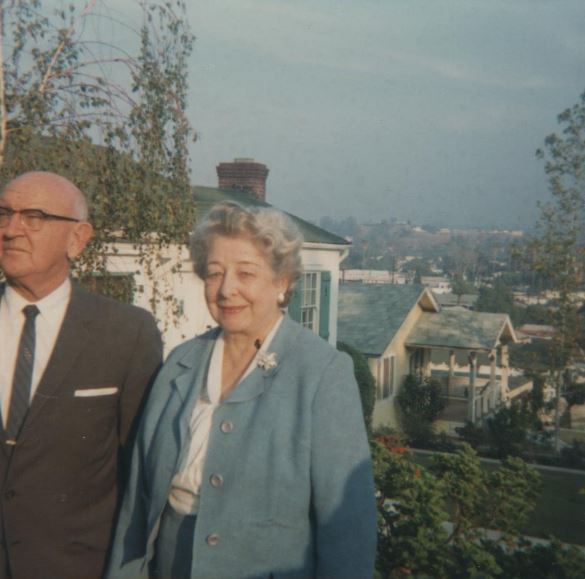 My friend Jen Orsini, who wears a lot of hats (fashion historian, blogger, vintage clothing dealer, costumer designer), sent me these photos of her paternal grandmother, Vera Thompson Waldo. She and her husband moved to the LA area from Wisconsin in the early 1920s, when they were around thirty. Jen’s grandfather worked in department stores; her grandmother, with a college degree in music, became involved in a variety of music groups. They built a small home in the hills of Eagle Rock near Pasadena in the 1930s, where they lived for the rest of their lives. You can see their view of the LA basin in the photo above. 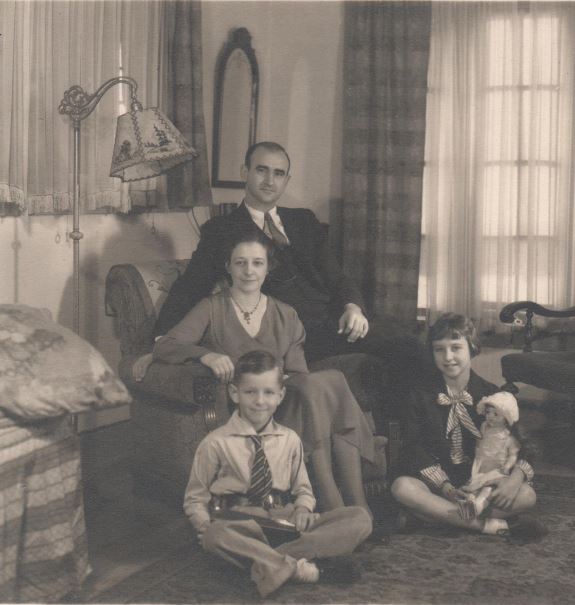 In this photo, taken in the early 1930s, Vera was around forty. She wore a solid colored dress cut from a drapey fabric. I was particularly taken with the interesting neckline, something you can see in all of the photos. 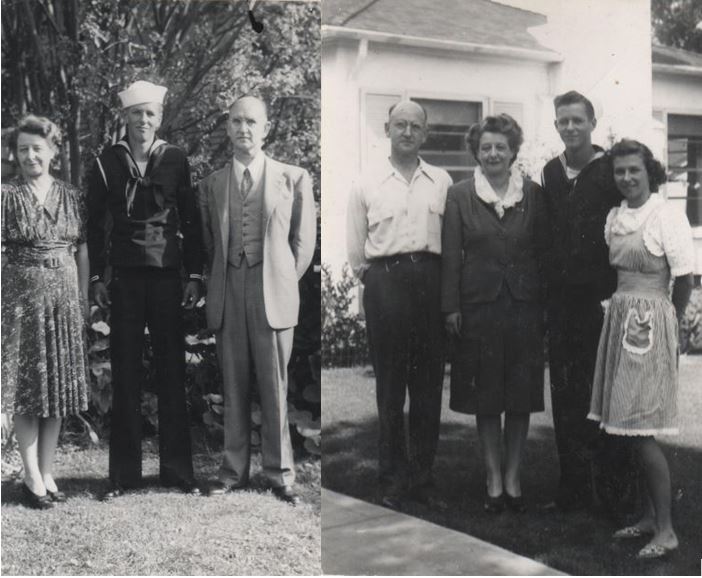 These two photos were taken around 1944, when Jen’s father volunteered for the Navy.  Vera was around fifty and her dress was right in style, as was her softly tailored suit. Note the neckline emphasis again and her stylish shoes. 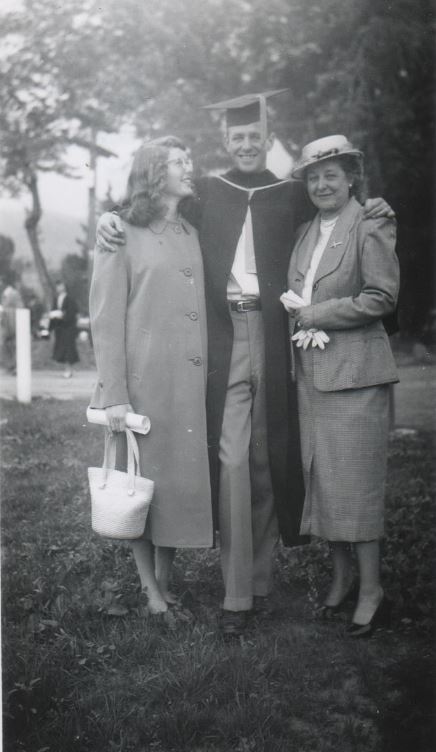 When Jen’s father graduated from college in 1948, Vera kept up with fashion in her New Look length suit. Her longer suit jacket combined with a slim skirt gave her a trim look. She would be in her mid fifties here, but that didn’t stop her from wearing very high heels to the big day. Her beautifully shaped collar once again brings emphasis to her face. Jen’s mother is on the left, bare headed and bare handed. She looks much more casual than her mother-in-law, who has on a hat and gloves. 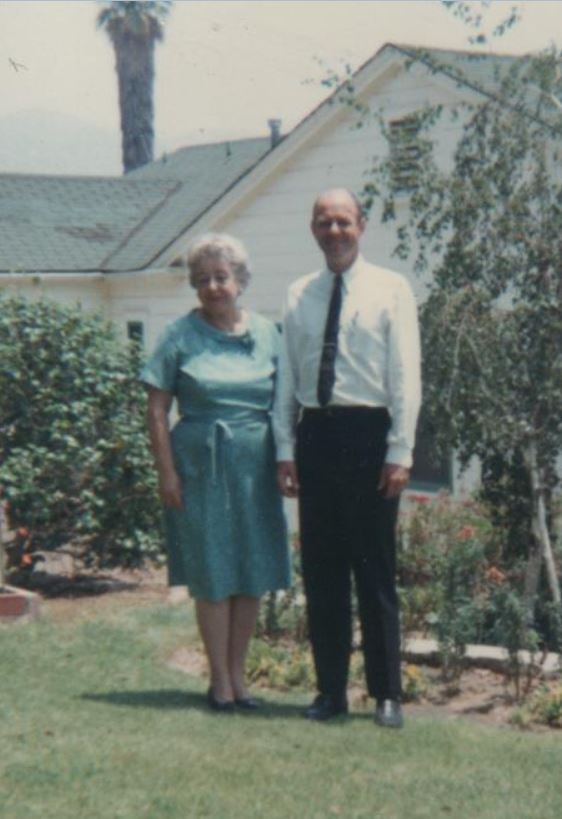 Jen guesses that the photo above with her father was probably taken on Mother’s Day 1966. For the first time we see Vera in color wearing blue, a favorite choice because it matched her eyes.  She found a elegant solution to sixties fashion, which favored young body types.  While following a stylish sixties neckline on top, she chose a skirt type more flattering to a fuller figure that the shift dresses of that era.

And in the opening photo above, also from 1966, Vera wears a light blue suit by Davidow, a luxury designer often compared to Chanel.  Jen has several posts about Davidow on her blog.  The suit was a special gift from Jen’s parents for her to wear to her 50th college reunion.

Vera kept up with fashion throughout her life, but she discovered ways to do it that fit her changing body shape. She kept a life long interest in interesting necklines and stylish footwear–no sensible shoes for her!  And note her very exert posture, even in her seventies. Her secret—a long line corset worn throughout her adult years.

Jo Copeland and her Daughter
Our Lady of the Parrots, 1941
Older Women in Pants, Bonner Montana
This entry was posted in 1930s, 1940s, 1950s, 1960s and tagged California, colors, shoes, suit. Bookmark the permalink.

4 Responses to Vera in Blue