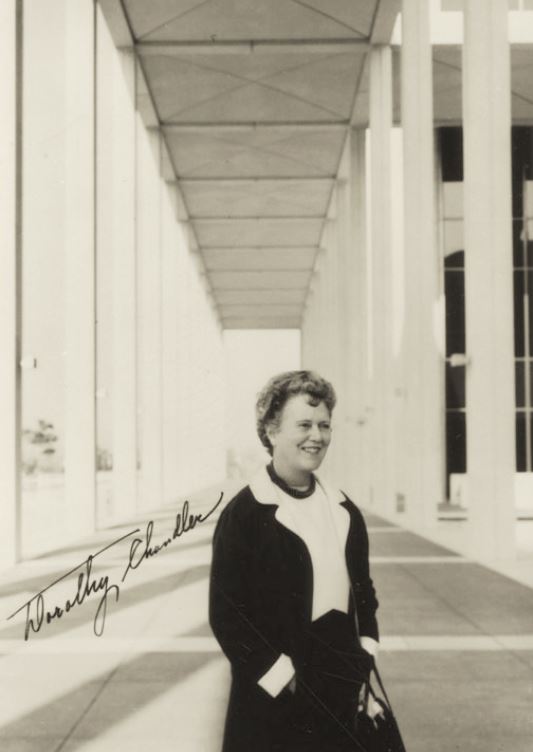 Dorothy Chandler in front of her pavilion, www.musiccenter.org

In December 2014, Los Angeles celebrated fifty years of its Music Center, a cultural complex at the heart of the city. The brains behind its creation was Dorothy Buffum Chandler (1901-1997). Although never elected to any public office, she nonetheless shaped the urban environment in powerful ways.

Daughter of the founder of the Buffum department store chain, Dorothy was called “Buff” by her friends. She married Norman Chandler, owner of the Los Angeles Times, whom she met while a student at Stanford University. In her mid forties, she began working at the Times and also got involved in fundraising for the arts. Her passion was music, and her first big mission was to save the outdoor music space, the Hollywood Bowl. After proving to be a genius in getting money, she set her sights on the creation of a permanent home for the LA symphony. Her goal was to put Los Angeles on the map as a global cultural center. According to an LA city councilwoman at the time, “She believed you didn’t have a major city unless you had major arts.” 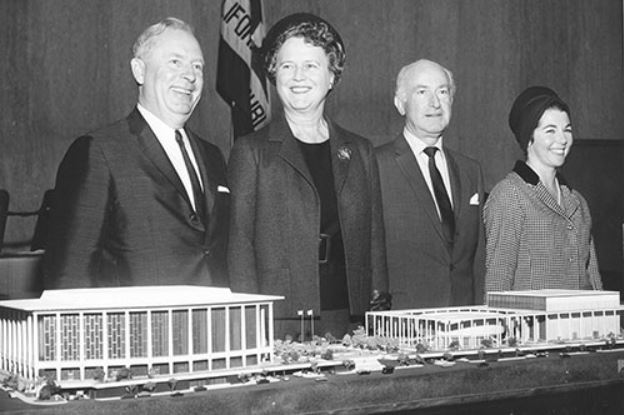 Beginning in the 1950s, Chandler used all the methods available to wealthy society women to raise money for her project. She threw big parties for celebrities; negotiated with the city council; and strong-armed wealthy Angelinos from all areas of the city, people who didn’t have much to do with each other, into opening up their pocket books. Apparently her signature move was to return checks with a handwritten note, “You can do better.” The donors always did.

The result of this effort was a cultural center that included a music venue, the Dorothy Chandler Pavilion, and two theater spaces, the Ahmanson Theater and the Mark Taper Forum. In recent years, the cultural venues in the area have expanded to include Disney Hall, Red Cat Theatre, the Museum of Contemporary Art, and the brand new Broad Art Museum. 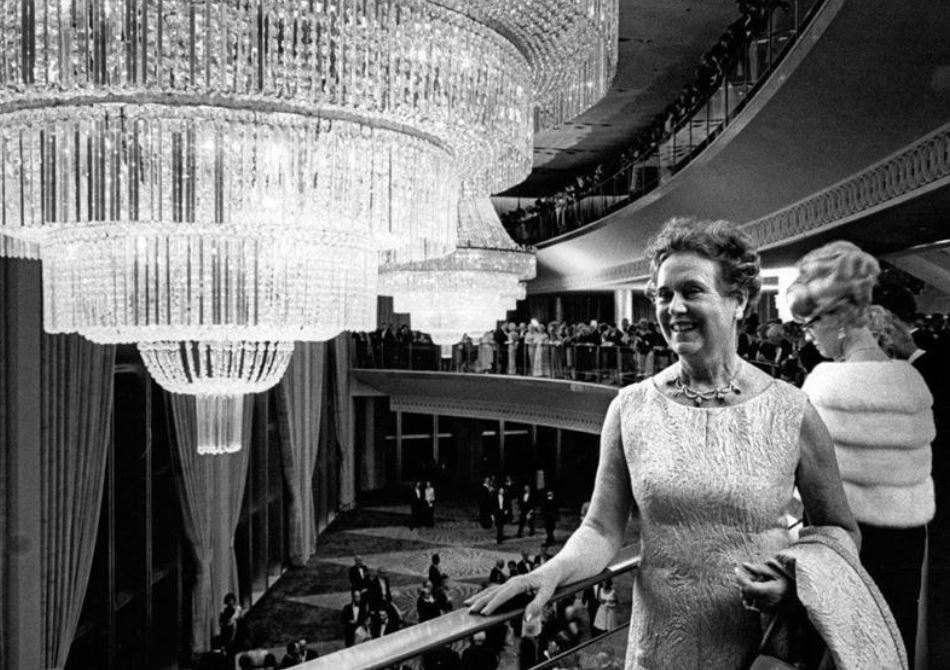 It’s not all that easy to find photographs of Chandler, surprising given her very public life. She was always dressed for the occasion in a proper, conservative style. But why should we assume that all department store heiresses would be clothes horses? City building was more her style. I wonder if there are any unsung city mothers where you live?