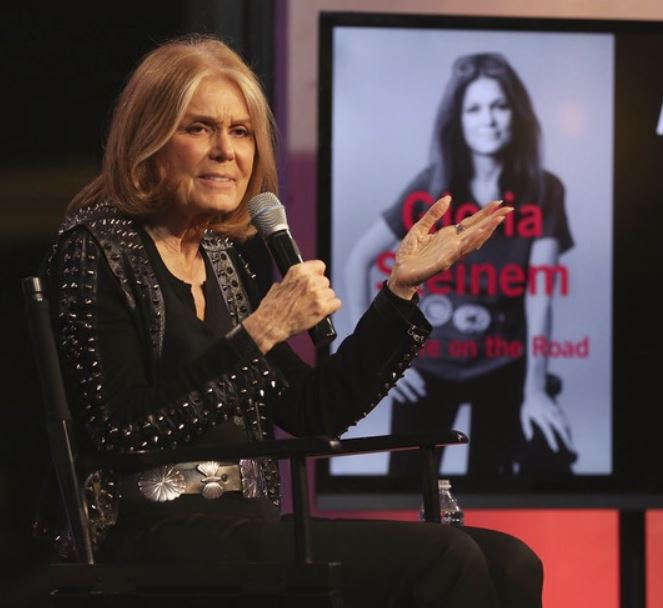 I may be one of the only people who read Gloria Steinem’s new memoir, My Life on the Road, for the clothes. But unlike many early second wave feminists, Steinem is clearly a woman who takes great pleasure in what she wears. If you read carefully, you will find plenty of evidence in the book. As a child, she spent her pocket money on a fringed cowboy jacket; she haunted vintage clothing stores for special occasion outfits; and she knew that a pair of exotic cowboy boots were just what she needed to lift her spirits.

The book is about a life spent traveling, a skill Steinem learned from her traveling salesman father. She followed in his footsteps, creating her own itinerant lifestyle as a feminist organizer. In her younger years, she never spent more than eight consecutive days in her New York apartment. Yet despite all the movement, I was impressed by the many constants in her life. To this day, she remains inspired by the consciousness raising style of sixties feminism, the “talking circles” where women share their hopes and fears. 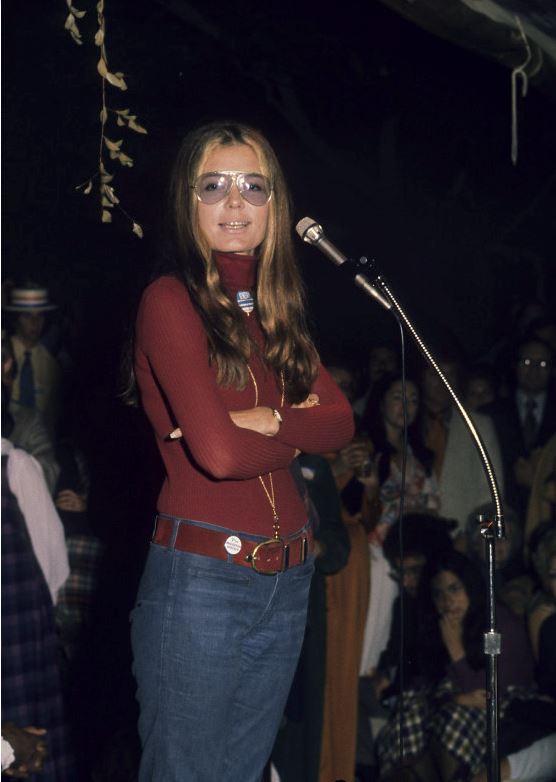 She also created a consistent style of dress. Hers includes long hair parted in the middle, pants with a low slung belt, and Native American accessories. (In the old days, aviator glasses were part of it; these days I suspect she is the lucky beneficiary of cataract surgery.) Surely she considered this when she showed up for a speaking engagement recently in clothes echoing those of her much younger self featured on the cover of her book.

Recently Steinem has been in the news in a controversy surrounding clothes. She was featured in an interview/clothing spread in the Spring Lands’ End catalog. The company’s CEO, Federica Marchionni, praised her as “the woman who paved the way.” Steinem discussed her life as an activist and renewed efforts to pass the Equal Rights Amendment to the US constitution. As a show of support, Marchionni offered an ERA monogram for Lands’ End clothes, with half of the monogramming fee to be donated to the Fund for Women’s Equality. 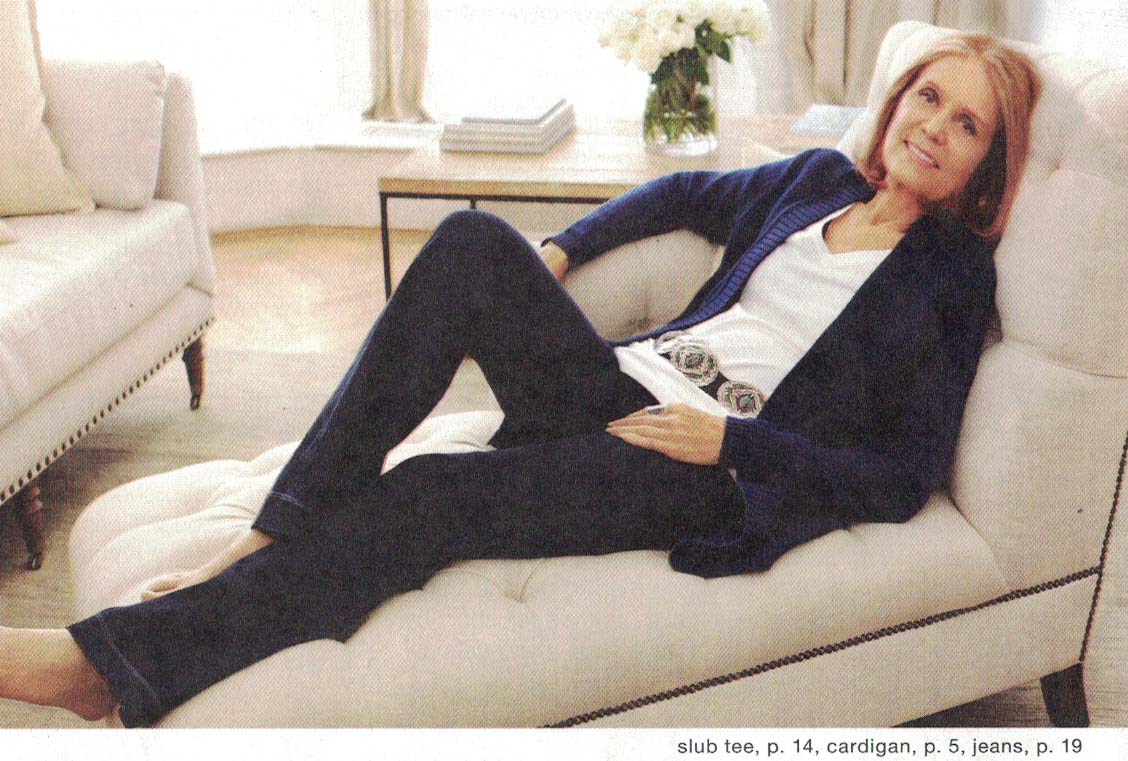 Apparently, Marchionni didn’t consider her customer base. Steinem’s book is dedicated to the doctor who gave her an abortion when she was in her early twenties. Conservative Lands’ End customers protested this apparent endorsement of abortion, and the company issued an apology. The ERA monogram offer was also rescinded. When I searched for the recent catalog on line, all references to Steinem were gone.

But perhaps it has opened up a new line of work for eighty-two year old Steinem. She manages to make Lands’ End’s basic togs look elegant.