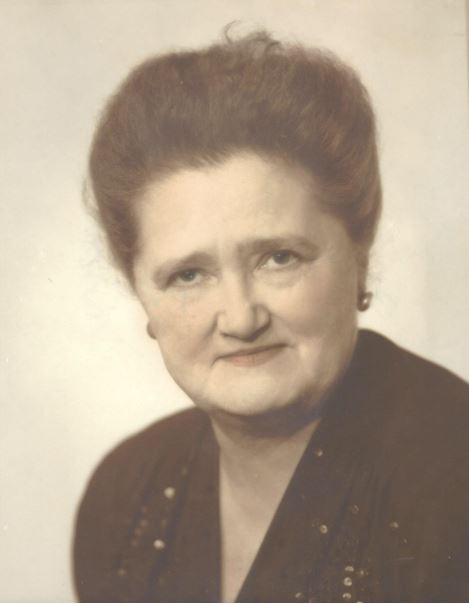 You might imagine that someone living in Southern California would have personal connections to the movie industry. Not so in my case. My nearest brush with fame is through a close friend, whose grandmother worked as a character actor in film and television in the 1950s.

Her name was Mary Boyd, 1883–1970. Born in Kentucky, she lived most of her adult life in Idaho, where she managed a garage with her husband and raised four boys. A decade after her husband died, she moved to LA in 1950 to live with one of her sons. In order to qualify for Social Security, she decided to take up acting, surely an unusual step for someone well into her sixties. She signed up for acting classes at the Pasadena Playhouse and then got a contract with MGM. The highpoint of her career was a singing and dancing role as a townsperson in Brigadoon. According to my friend, the IMDb listing for her is not complete—hardly surprising for someone in very small roles. The 1967 book Who Is That? The Late, Late Viewers Guide to the Old, Old Movie Players lists her in the section of “miscellaneous ethnics” because she was so often cast as the Irish maid. 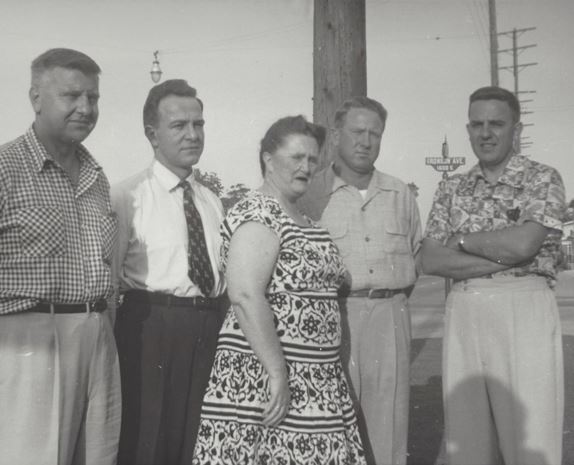 Mary Boyd and her sons

Boyd was an excellent seamstress and went to fashion shows at Bullocks Wilshire to study the latest styles. She would then come home and sew up her own versions for herself, her daughters in law, and granddaughters.

Known to her sons as “Tootsie,” Mary was no shrinking Violet. In her daily life she dressed in bright colors and prints, remembers my friend. Perhaps she made this boldly printed dress, ignoring all advice given to older, wider women to favor small patterns and soft colors. When she went out, “she would dress to the nines, with a black cocktail length dress and as much jewelry as she could fit on at once and not look ridiculous.” Mary Boyd was obviously a character, both on and off the screen.

Jo Copeland and her Daughter
Grandmother and Granddaughter in Pants, 1950
Advice on Aging from Glinda the Good
This entry was posted in 1950s and tagged California, Idaho, sewing. Bookmark the permalink.