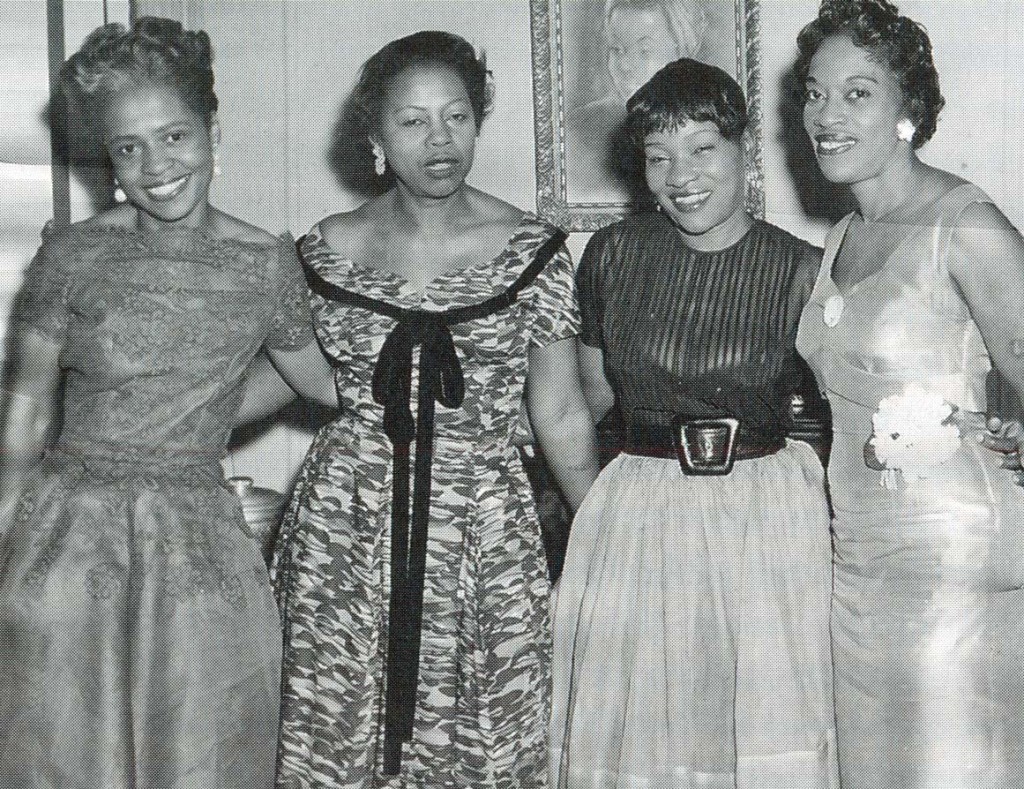 Willi Posey, left, at her fiftieth birthday party. From We Flew Over the Bridge by Faith Ringgold

Willi Posey Jones Morrison (1907-1981), mother of the author and artist Faith Ringgold, was a late starter in the fashion business. After raising two daughters and working for a children’s garment manufacturer, she decided to become a fashion designer in the late 1940s. She attended the Fashion Institute of Technology (FIT) and opened up her Harlem business as Madame Willi Posey.

I learned about Madame Posey in Faith Ringgold’s autobiography, We Flew Over the Bridge (1995). Ringgold relates what it took to launch a career in fashion in Harlem in the fifties and sixties. Her mother publicized her skills by staging fashion shows, the first in 1950. Eventually she collaborated with other Harlem designers and milliners in more elaborate affairs. Faith served as emcee and occasional model for the shows.

Madam Posey specialized in weddings. In the sixties she went to Africa and began making the African inspired ensembles so popular during that decade. Later she branched out to make clothes for older women. “She could cut a pattern from a person’s measurements that would fit like a glove,” writes Ringgold. “Mother could make a person who might otherwise be difficult to fit look great.”(75)

In the seventies, Posey began help her daughter make soft sculptures and textile frames for her paintings. One of her last acts was to collaborate on a quilt with Ringgold called “Faces of Harlem.” Learn more about Madame Posey and her famous daughter here.