Mother Jones and the Coolidge Family, 1924

Posted on June 3, 2018 by americanagefashionco 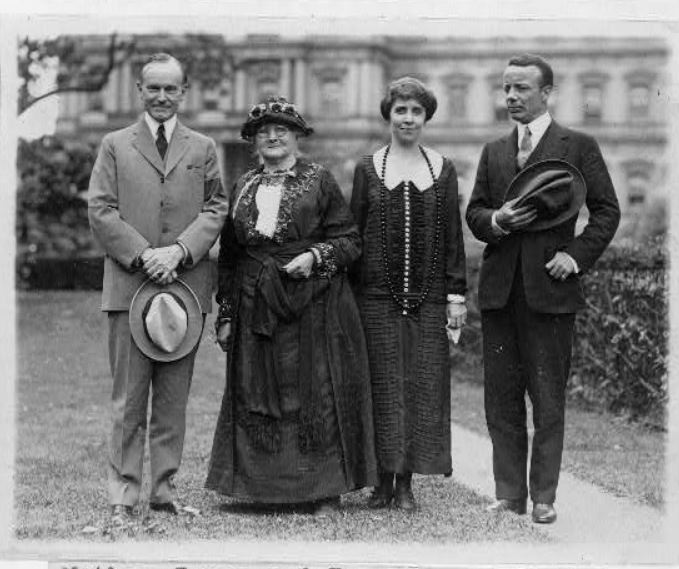 I was attracted to this Library of Congress photo by the contrast between the middle aged Grace Coolidge, wife of the thirtieth president, and the much older woman on her left.  Reading the caption quickly, I assumed the older woman was the president’s mother.  How much more interesting that she is Mother Jones, the legendary radical labor organizer!

In this photograph, Grace Coolidge, who was something of a fashion plate, was around 45.  She counts as one of those slender older women, like Elsie de Wolfe, who looked good in 1920s styles.  Mother Jones (aka Mary Harris Jones) was approximately 87 years old here.  Her big black dress looks to be decades old.  Not only is she avoiding current silhouettes, but all of her accessories date back to an earlier era as well.  She was a political radical and a fashion conservative, apparently happy in a look that made her appear grandmotherly and unthreatening.

3 Responses to Mother Jones and the Coolidge Family, 1924