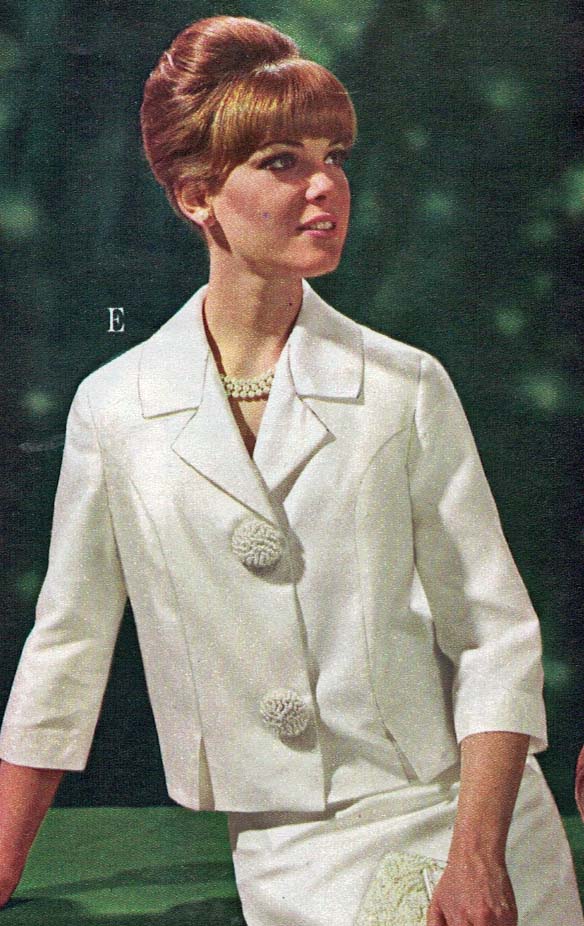 All images from the Montgomery Ward Christmas catalog, 1965. Click to enlarge

Not long ago, a friend gave me a 1965 Ward’s Christmas catalog that had belonged to her mother.  It is a slim book compared to the usual twice yearly weighty volumes, and of course children’s items far outweigh the offerings for adults. But I thought it would be an interesting challenge to see if I could find a gift appropriate for my grandmother, Madge, who would have been 66 that year.

There weren’t many women’s sized clothes in the catalog, but the white silk suit above caught my eye.  It was available in misses’ sizes from 8 to 18 and half sizes from 14 ½ to 24 ½.  At $21.90, it certainly wasn’t cheap.  That’s $237 in today’s prices.  Maybe my grandmother, an expert seamstress, would have thought she could do a better job making her own outfit. 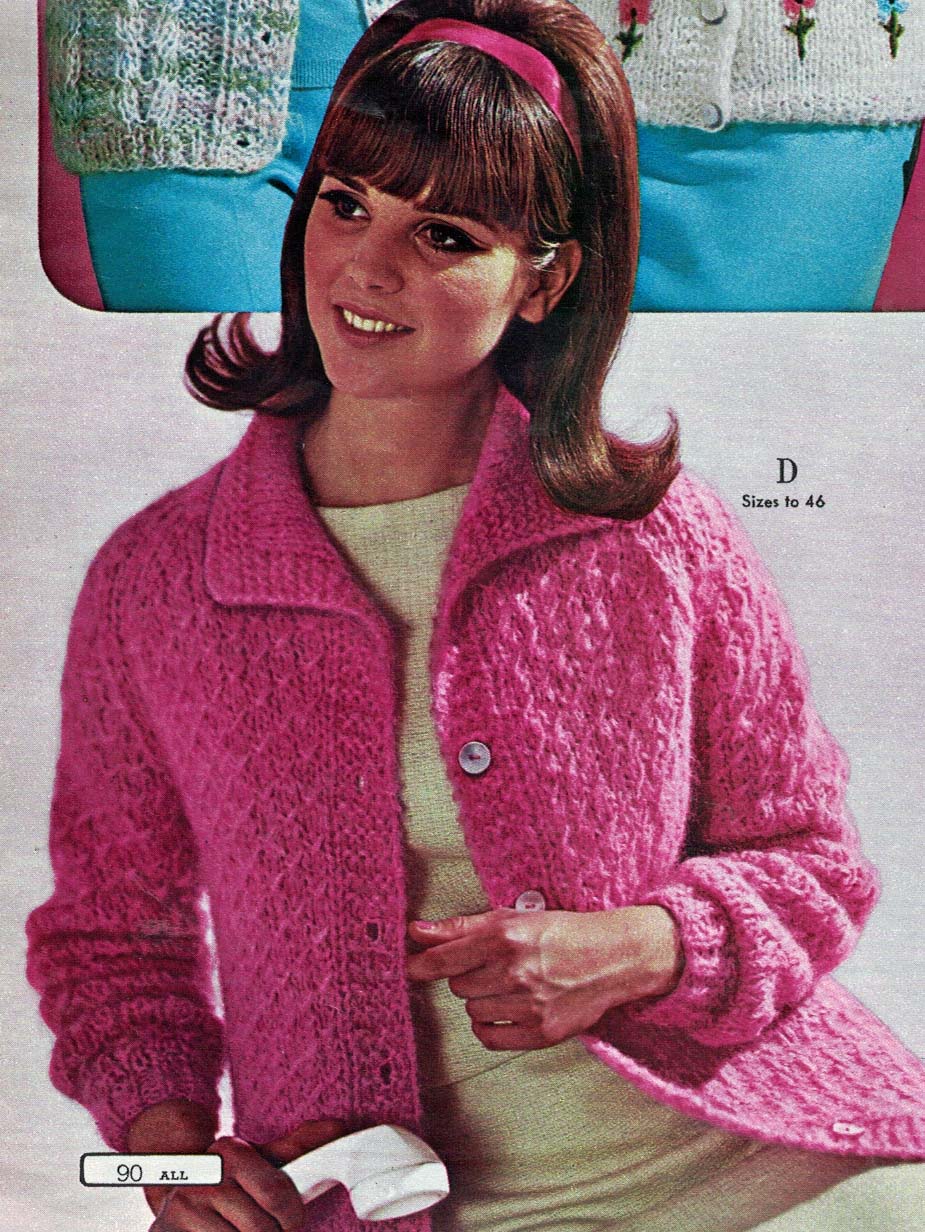 Sweaters were big news in 1965, especially in mohair.  The one above was offered in small and large sizes, up to size 46 (a 44” bust.)  They were hand knit in Italy and cost $9.97, or $79.00 today. I’m not sure my grandmother would have liked the bright pink, but it also came in white, powder blue, and black. 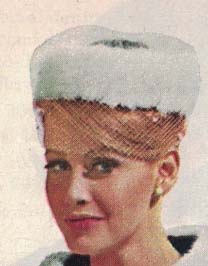 There were very few hats in the catalog, not surprising since hats were going out of style by 1965. My grandmother used to make her own. Was she still wearing them by the mid-sixties? If so, perhaps she would have liked this $7.97 version in mink, with veil attached.  It also came in black. Today the hat would cost $67.00, the only item here that might be seen as a bargain. 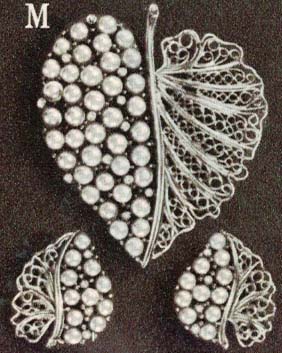 I was fifteen in 1965.  With my limited income, what kind of gift could I have bought her? Maybe this gold tone, faux pearl pin and earring set, marked down from $6.00 to $2.97.  It sounds cheap, but it works out to $27.00 in today’s currency.  Maybe my brother, sister and I could have gone in on it together. She loved to garden and I’m she would have appreciated the sentiment. But would she have worn it?

Mrs. Exeter in Sews with Vogue Patterns
Do You Have a Signature Piece?
The Chemise and the Older Woman
This entry was posted in 1960s and tagged generations, special occasion. Bookmark the permalink.